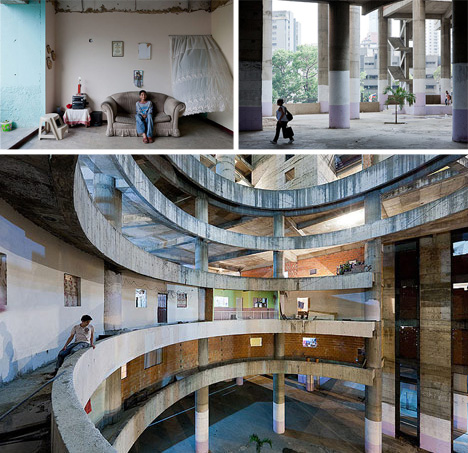 Take abandoned office towers without occupants, on the one hand, while people all around sleeping on the streets, on the other. One deserted structure in downtown Caracas provides a fascinating case study in this recipe for spontaneous urban reuse, its 45 floors now inhabited by over 3000 people. 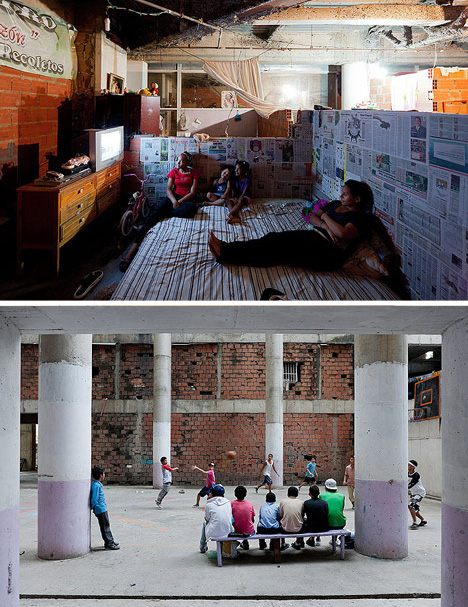 The architects of Urban-Think Tank and photographer Iwan Bann joined forces to explore and document the Torre David office building that survived structurally (but not programmatically) the economic collapse of the mid 1990s in Venezuela. 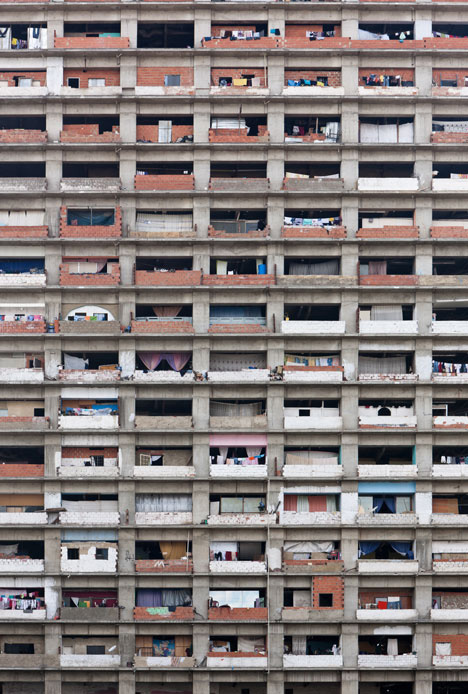 There is some controversy about their exhibition at the Venice Architecture Biennale – critics claim it legitimizes local government misbehavior, or implies that the best example of regional architecture is a glorified ruin. 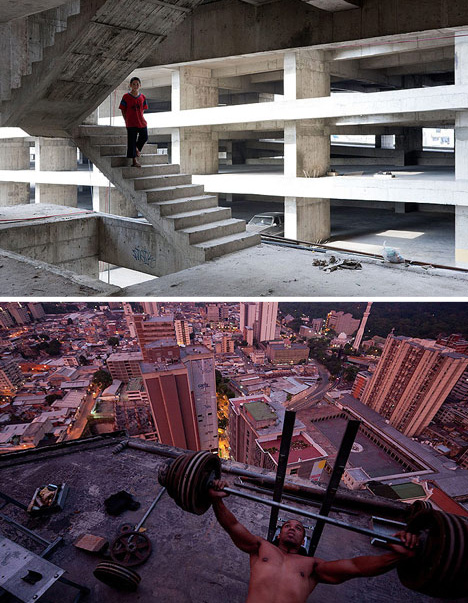 While there is some truth to these critiques, this occupation is also an example of a larger phenomenon worth studying around the world. There are good and bad lessons to be found in such instances of informal and impromptu architectural adaptations, about how buildings learn from the people that occupy them. 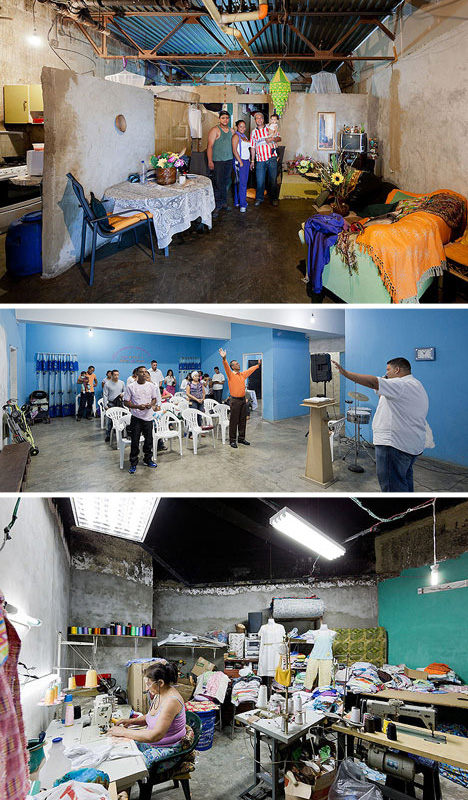 Basketball courts, workout rooms, production facilities, worship areas and community spaces and living areas all manage to fit in organically, dictated by the natural process of human needs and the communal negotiations around these.  There is, of course, a dark side to all of this too: a lack of safety and security both structurally and socially – it is necessary to look beyond the colorful pictures to see the grayscale reality of the situation.