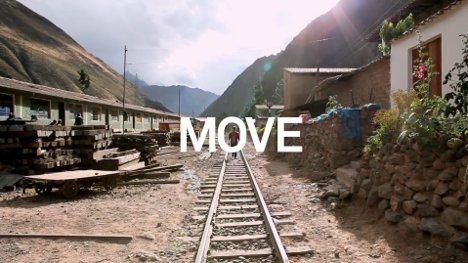 Most of us will never have the time or resources to travel all around the world – but for the lucky few who can make that trip, it’s a life-changing experience. “Regular guy” filmmakers Rick Mereki, Tim White and Andrew Lees undertook a grueling trip of 11 countries in 44 days. They filmed everything and later compiled it into three of the most beautiful, interesting short travel films ever made.

By the time they were done, the trio had traveled 38,000 miles and recorded over a terabyte of travel footage. They cut, mixed and stitched the footage together to create three one-minute films. “Move” shows Andrew (the actor of the group) walking in various places around the world.

“Learn” is a rather amazing compilation of the adventurous things the filmmakers learned during their travels. They blow glass, build pizzas, dance, learn to cartwheel in front of the Eiffel Tower, and so many more things that the rest of us only wish we could do in some exotic location.

“Eat” is the final installment in the series, and it is a delicious look at the foods of the world. The guys were clearly a bit daring in their cuisine choices, eating everything from unidentifiable meat to a huge insect. Like the other films, this one inspires an intense wanderlust – so who wants to sponsor our trip around the world?