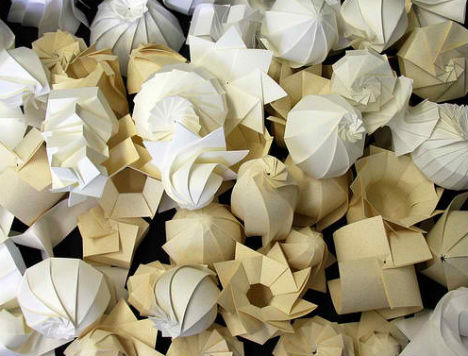 A single sheet of paper becomes a complex three-dimensional object in the hands of Jun Mitani, a computer scientist who uses geometric modeling software to aid him in his designs. Mitani has been studying algorithms and user interfaces for generating 3D shapes that can be realized with folding paper in a twist on the traditional craft of origami. 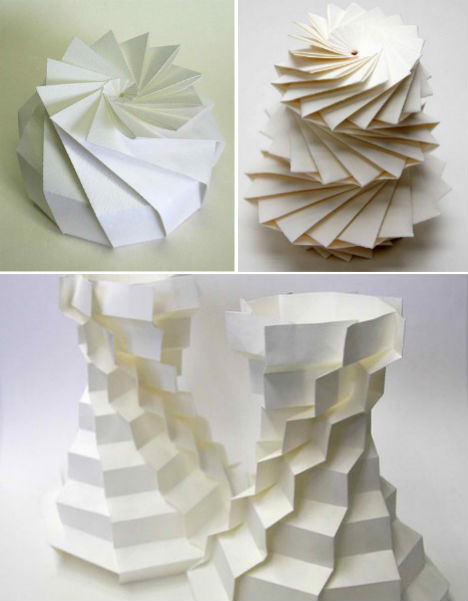 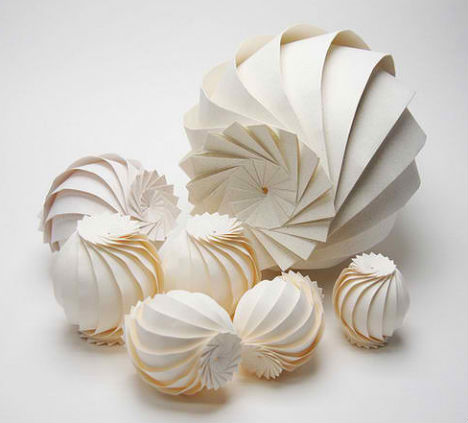 Not only does Mitani fold these mathematical origami objects himself, he also designs computer software to come up with the shapes. Mitani’s origami designs have ‘rotational symmetry’, meaning they look the same after a certain amount of rotation. 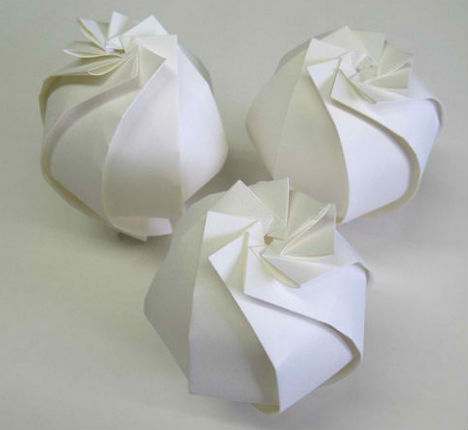 Mitani scores folding lines in a sheet of paper and then folds it by hand. While large sheets of paper don’t work well for complex origami shapes due to a lack of structural strength, Mitani is beginning to experiment with other materials, collaborating with industrial companies. That might reduce one issue that plagues Mitani in his work – he has suffered from, he says, “a few thousand” paper cuts. 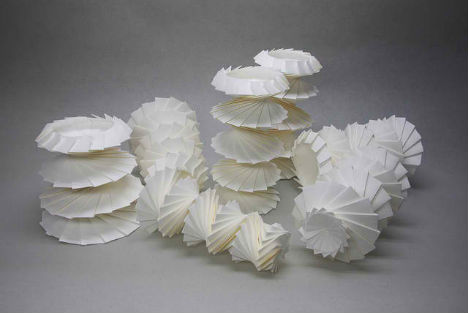 “When I was a kid, I didn’t have much interest in folding origami, but in papercraft,” says Mitani in an interview with The Creators Project. “I fabricated a lot of paper models, such as cars, ships, buildings, and animals, etc. by cutting and gluing pieces of paper. I felt that origami, just folding, was too restricted. On the other hand, I was enthusiastic about the computer, which my father bought when I was a first-year student in elementary school. As a fusion of two objects of interest, papercraft and computer, the theme of my Ph.D. thesis became a method for designing paper models with the computer.”