Domes are always a popular – almost a default – choice, for their relatively simple assembly and structural integrity – as long as you attach them well to the desert floor you do not have to worry about them flying away in a sandstorm (something that often happens to unprepared tents). 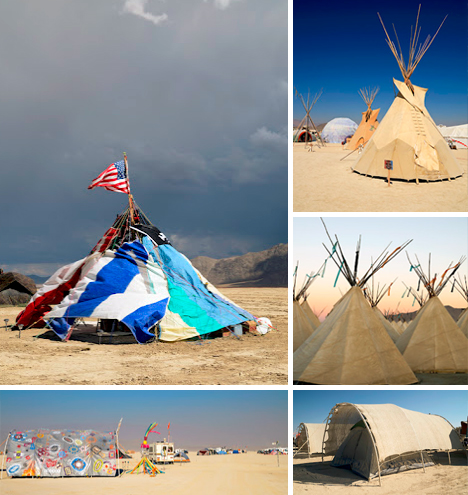 Then there are traditional typologies as well, adapted to the desert setting, like tipis and tunnel-like, so-called monkey huts, each separated on the photographer’s site – a rare typology-based deconstruction of Black Rock dwellings. 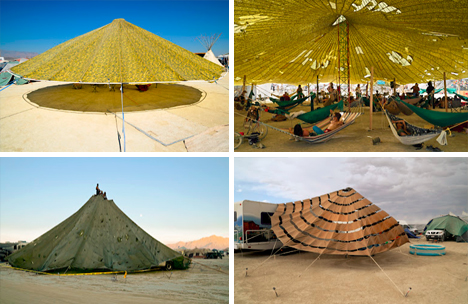 Something as simple as a parachute can be a powerful shelter with one central pole around which the sides are tied back down.

Hexayurts are another popular option, as the reflective exterior coating helps to deflect heat by day, but complete walls on the sides provide insulation and privacy during the cold nights. 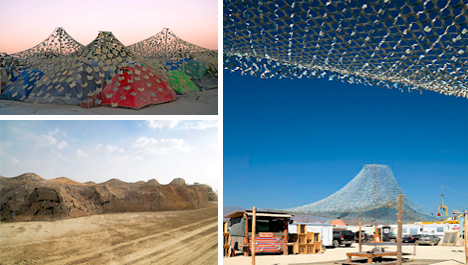 While some approaches are happy to intentionally or incidentally stand out, others mask the presence of their occupants using traditional or unconventional forms of camouflage. 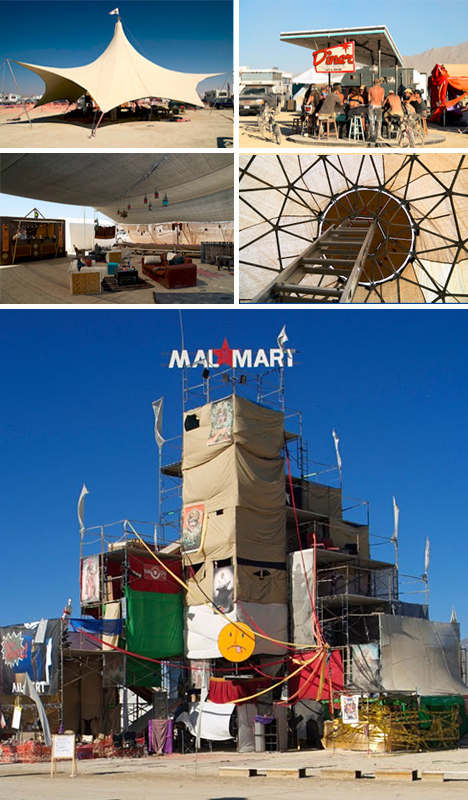 In the end, there are too many dwellings to count, and that is without touching theme camps, clubs, bars, diners and, well, the list goes on. If you want to scratch a bit more below the surface, be sure to check out Philippe Glade‘s site!