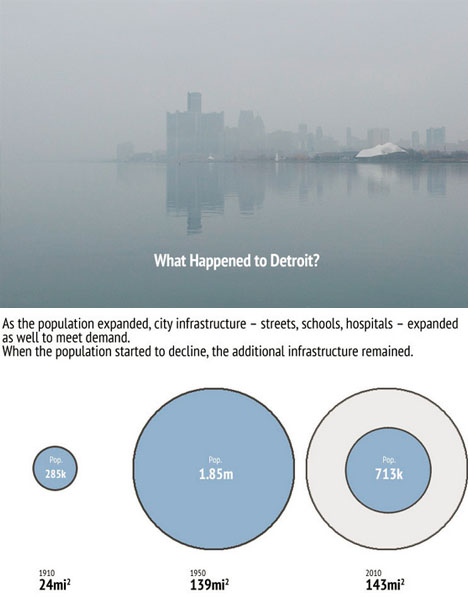 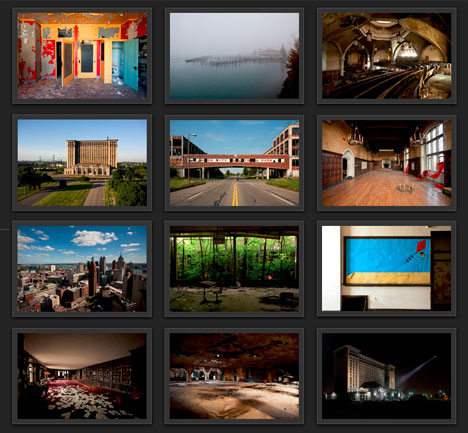 While the site both features photographs and sells prints, it also offers tours and goes even further into the process of architectural documentation via interactive, three-dimensional  models that provide virtual tours (with photos interspersed) of significant abandonments like Cass Technical High School, using SketchUp. 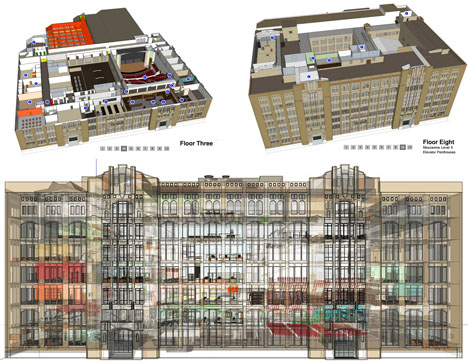 About the model: “Imagery for the Cass Tech Interactive Model was created using Google Sketchup Pro. Reference materials included original blueprints, student records, and a three-day survey of both buildings conducted in the fall of 2010 in which every room was photographed. The current model is the 14th version, and took approximately one and a half years to complete. The model includes: 3.2 million edges; Over 1 million faces; 26,000 component instances; Over 200 custom-made components, including desks, chairs, and details such as the printing presses in room 641.” 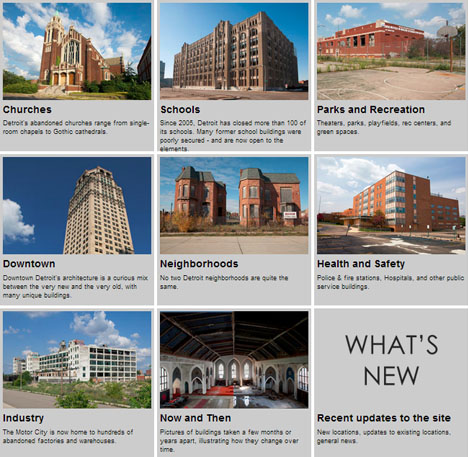 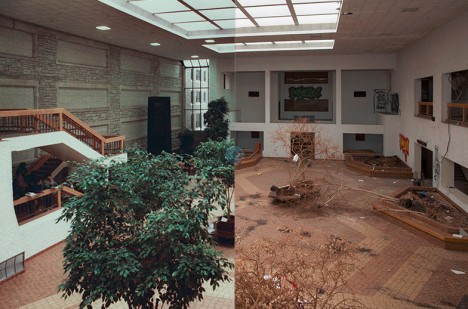 It is important to remember that Detroit itself is nowhere near deserted – it is simply a city reshaping itself around a smaller population. In fact, its creative redevelopments and ambitious urban plans may soon be a lesson for other large cities as demographics shift in additional industries. Documentation is only one part of a process of raising awareness and causing change.