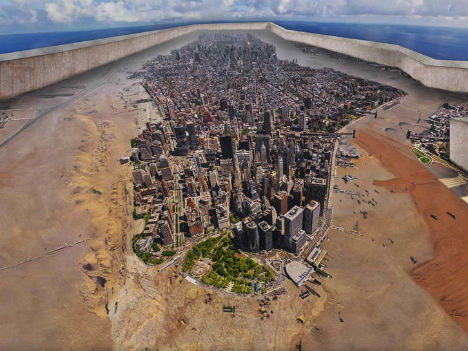 New York City is one of America’s greatest man-made achievements, but how can we protect and preserve it for future generations with inevitably rising seas and increasingly frequent weather catastrophes? A trio of designers has proposed a surprising solution: building up an earth barrier around the entire island and surrounding it with a concrete wall, turning it into a heritage site that could either remain a vibrant center of humanity, or turn into tomorrow’s Pompeii. 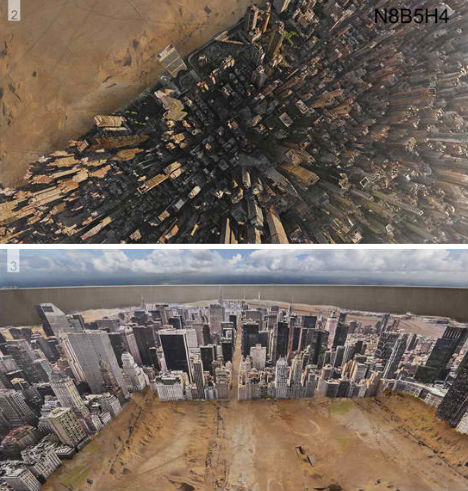 The proposal, by designers Enrico Pieraccioli and Claudio Granato of Italy, won second prize in the New York CityVision competition. The contest invited designers to imagine New York in the future as the city itself and its inhabitants are affected by “space and time.” 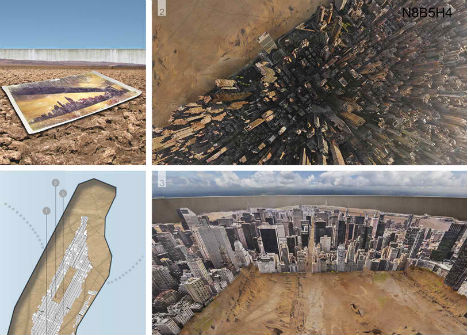 Rather than modifying it with elevated streets and walkways, lifting the inhabitable parts of the city well above the area that is currently vulnerable to rising seas, the heritage site concept preserves it exactly as it is, frozen in the time before potential climate calamity. 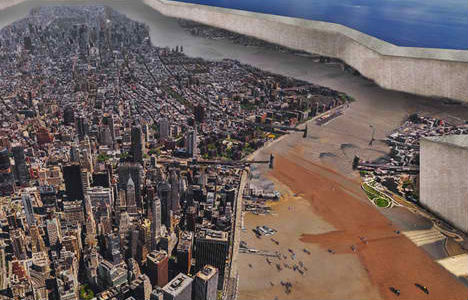 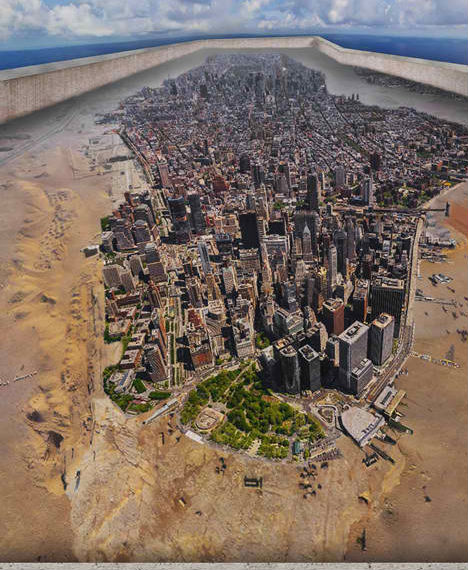 “Following this, New York is an open monument, global urbanism paradigm of the twentieth century, urban assemblage of events and phenomena, so it must be preserved. Crib of the whims of man, of consumerism and entertainment, it cannot be erased and forgotten, but is stored as a chip in our DNA. A document on how we were. Atlas of civilization and of archaeological as Pompeii and Herculaneum were examples of civilization of a people.”