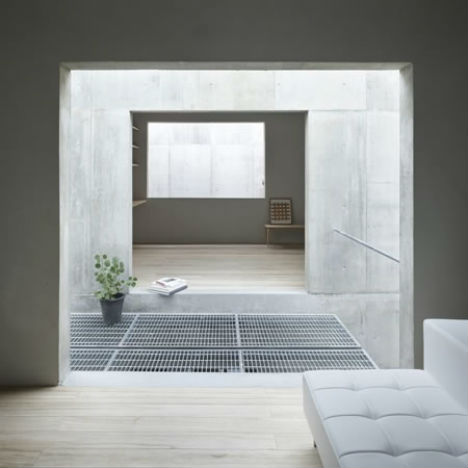 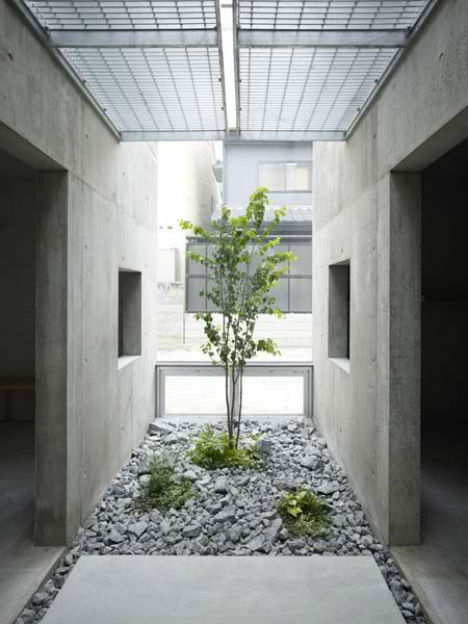 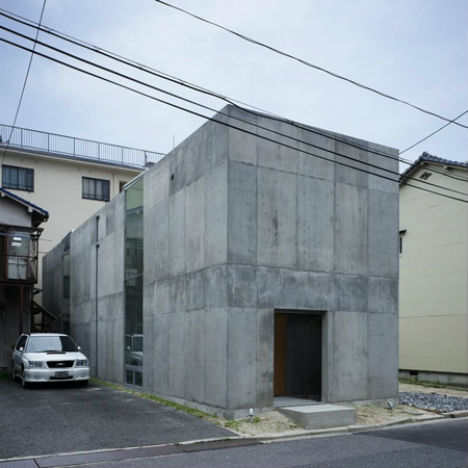 Situated on a long, narrow plot in Koamicho, this two-story concrete home is built around interior courtyards that are glassed-in on each side for maximum daylighting. “In a long, narrow space, we constructed walls, and by laying out a space in which we experience many rooms, we turn ‘narrowness’ into ‘openness’,” say the architects. “Further, taking rooms and gardens as equivalent, we created spaces that are like exteriors, calling them ‘garden rooms.'” 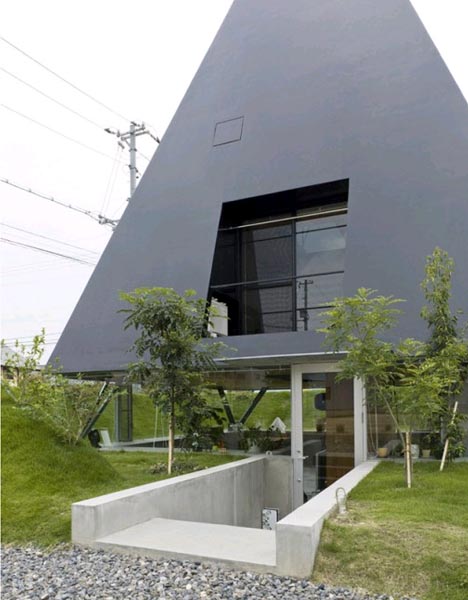 Dark and dramatic, this structure looks more like a monument than a private residence. The triangular-shaped dwelling sits atop a first floor that has been covered in earth on all sides for privacy and temperature control. As modern as it may look, the home was inspired by traditional ‘pit houses’ of Japan, which have been in use for nearly 2,000 years. 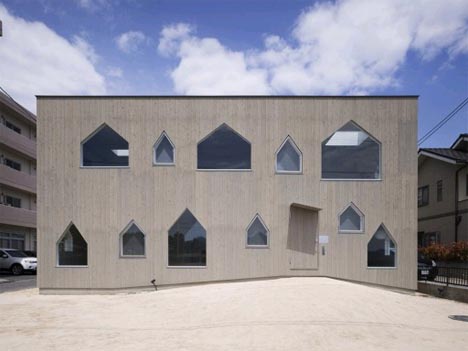 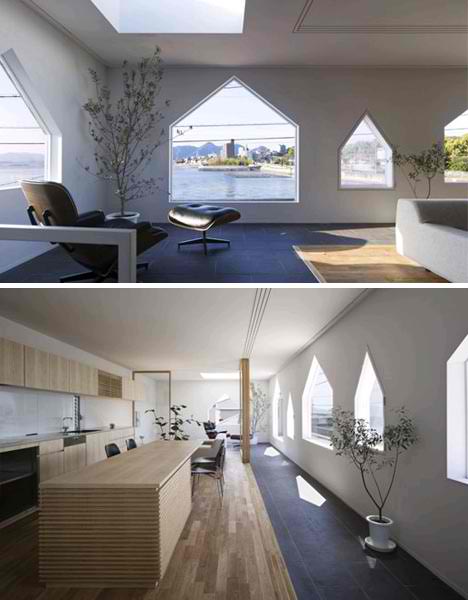 A nod to more conventional home shapes can be seen in the windows of this large, rectilinear house on the beach. Suppose Design gave the home a fluid, changeable layout inside that’s free of the constraints of most residences, using floating wood platforms and mobile wood-and-glass partitions. 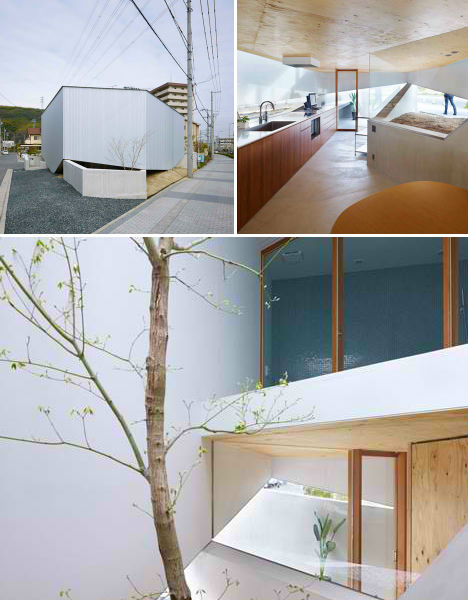 It looks as if some giant came along, lifted the corner of this house and slid a concrete wall beneath it. It’s an extremely unconventional and creative solution to letting daylight into a home while maintaining optimal privacy for its inhabitants. This raised corner also creates a private courtyard – one of three offering bright and airy spaces shielded from the street.

House in Ekoda with Rooftop Conservatory 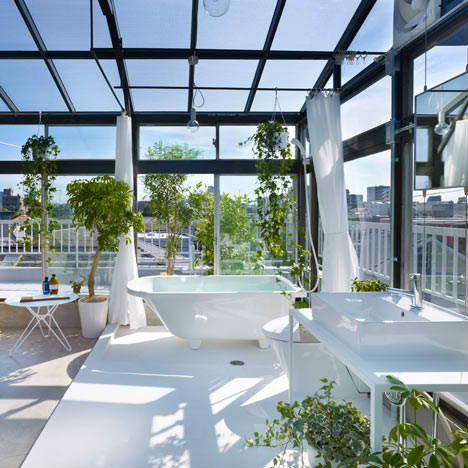 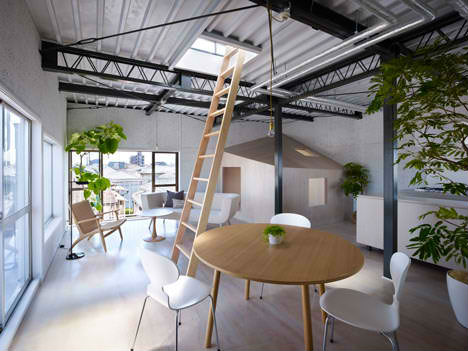 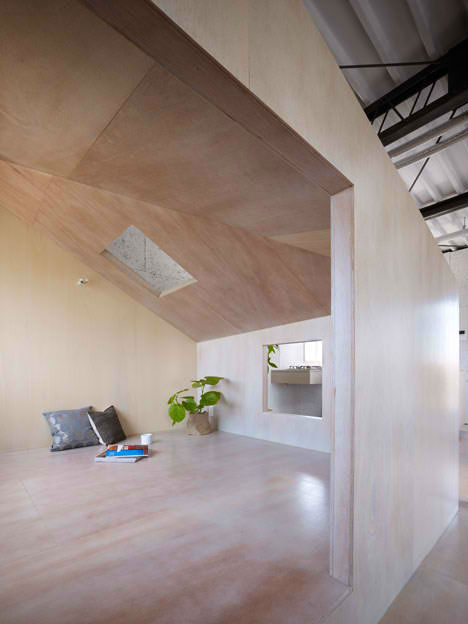 A three-story house in Ekoda, Tokyo, has been renovated to create six apartments – and, most notably, to include an incredible bathroom in the rooftop conservatory. The ceilings inside were removed to expose the bare steel frame of the building, and new rooms were created from pale wood.

House in Matsuyama Has Views from Every Room 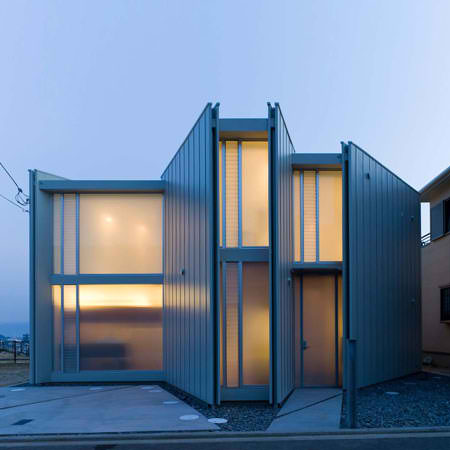 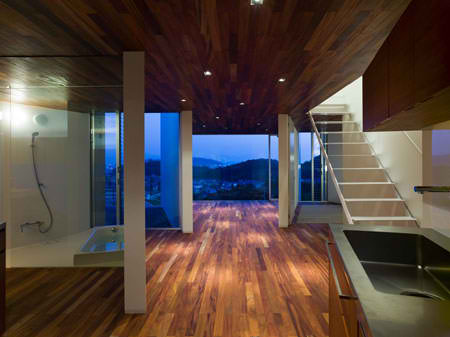 Every single room in this Matsuyama home has a view of the sureounding scenery thanks to large glass walls. “By spacing out structurally necessary walls we’ve created a design where a good view can be had from anywhere, but that still possess earthquake resistant elements. This also allows for larger openings, which were difficult with wood fram ehouses.”

Commanding Views at the House in Fukuyama 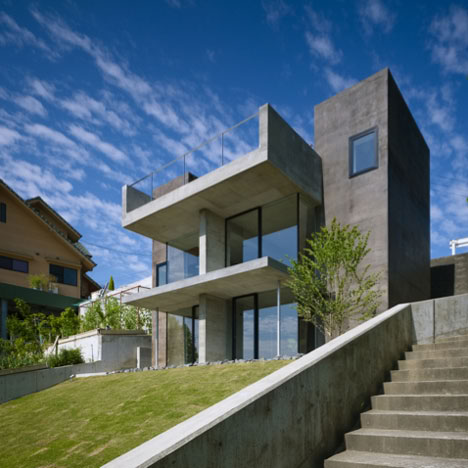 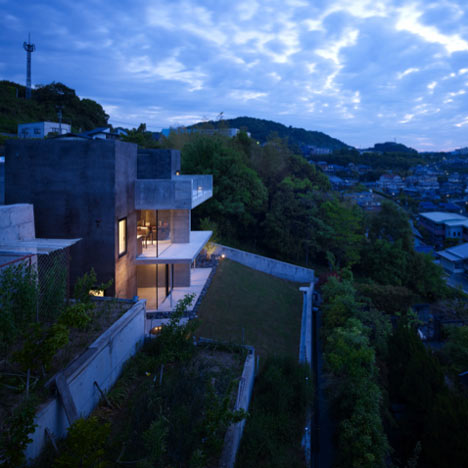 Built into a hillside beneath a road, House in Fukuyama is almost entirely open to views of the city on one side, with the rest of the home shielded from the eyes of neighbors. The roof of the home is level with the street, requiring visitors to descend into its interior via cantilevered stairs.