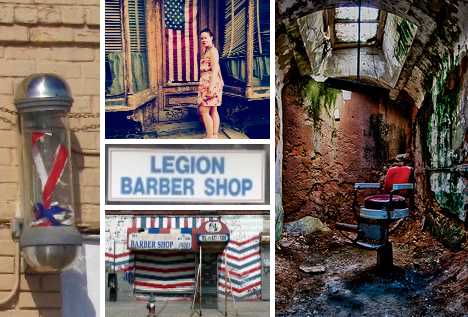 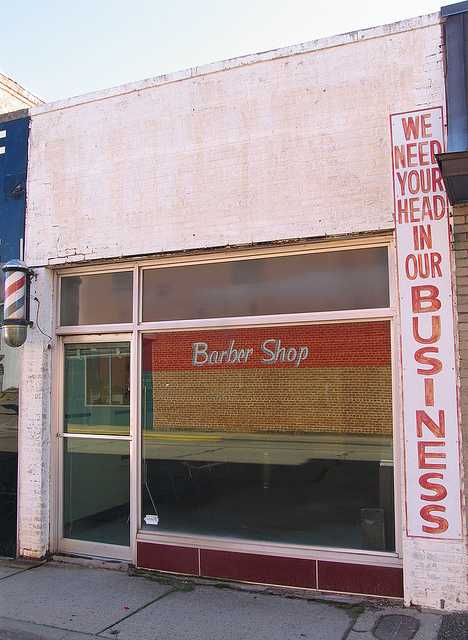 The abandoned Richardson’s Barber Shop in Yanceyville, North Carolina, appealed to potential customers by displaying the unique motto “We need your head in our business” on the outside wall. Kudos to roving photographer Adam Prince for snapping the shop in a favorable light, or at least in favorable lighting. 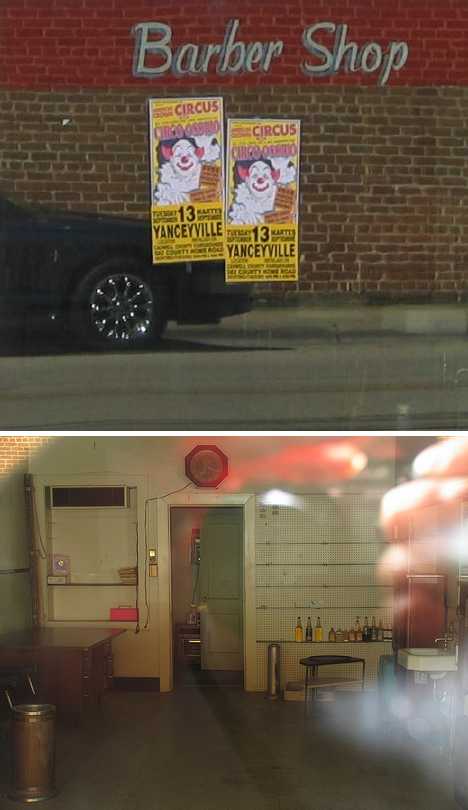 (images via: CCHA and Adam’s Journey)

Evidently the snappy slogan wasn’t the best way to get ahead IN business because by the fall of 2005, Richardson’s was OUT of business. On the bright side, though the ex-clip joint is looking faded and forlorn these days the circus flyers marring its front picture window in the autumn 2005 image above weren’t a permanent addition. 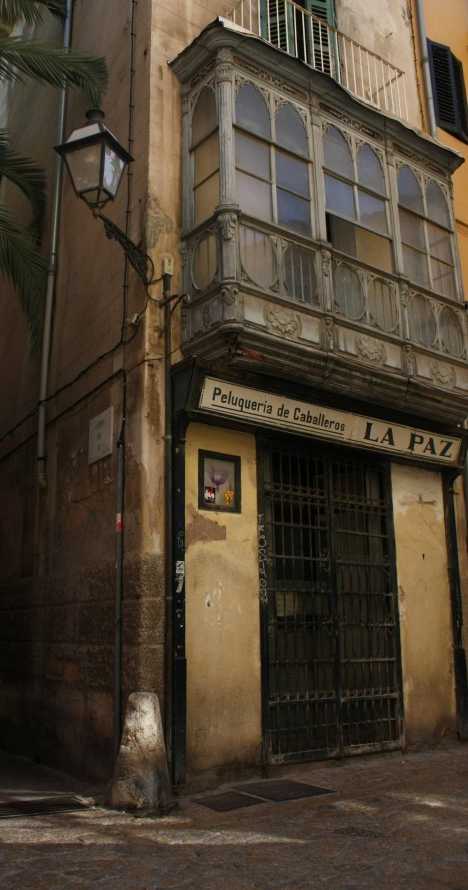 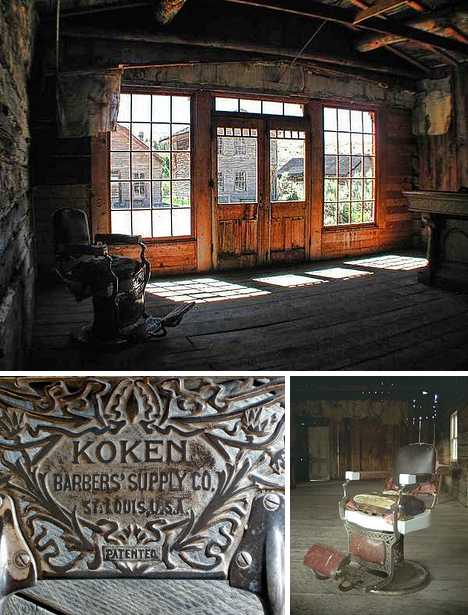 The well-preserved ghost town of Bannack, Montana, had a good run: it was founded in 1862 and finally abandoned in the 1970s. The former gold-mining town and territorial capitol boasted a population of around 10,000 and at least four saloons at its peak; one of which featured a one-seat barber shop in a front corner. 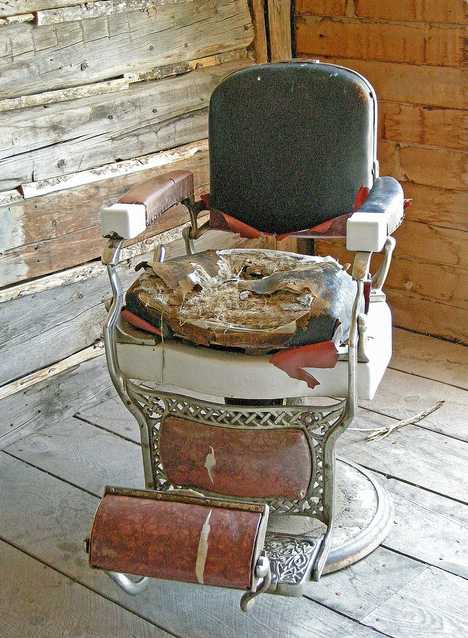 Legend has it that occasionally gunfights would break out among the drinkers, giving whomever was enjoying a trim at the time a close shave without the benefit of razor or cream. A tip of the hat goes to Flickr user Chuck_893 for his snap of the weather-beaten barber chair above