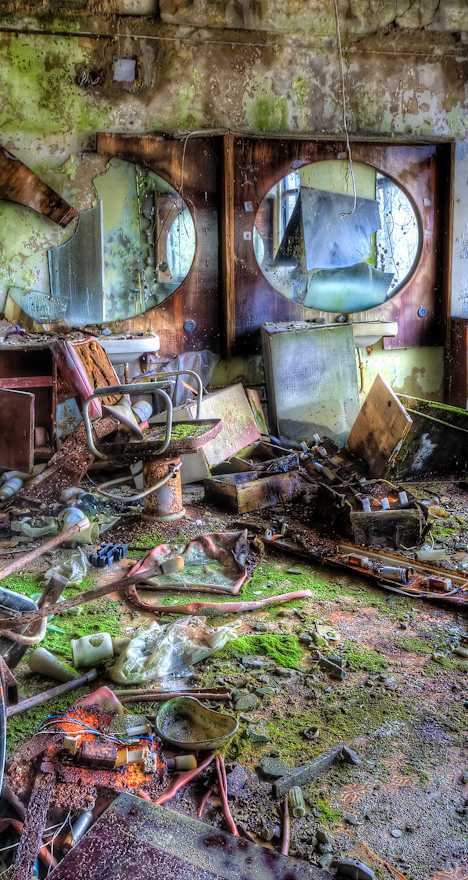 A city the size of Pripyat, Ukraine had to have more than a few barber shops and this is one of them. Brought to er, radiant life by HDR photographer extraordinaire Timm Suess, the sad scene of abandonment and loss above is probably what we would actually see if our eyes could register alpha, beta, gamma and other assorted radioactive rays.

There are many stories in Newton, MA’s historic Upper Falls district but few are eerier than the tale of a barber shop frozen in time. The word from Newton resident Jerry Reilly is that the Legion Barber Shop on Oak Street closed about 15 years ago when its owner and operator, Tony Panecca, passed away. Whomever inherited the shop hasn’t done a thing to it or with it – the interior remains just as Tony left it when he left us. According to Reilly, “Mike Boucher, who owns Mike’s Classic Barber Shop around the corner on Chestnut Street, says he crosses the street whenever he walks that way. The abandoned shop gives him the creeps.” Us too, Mike, us too.

If Floyd’s Barber Shop from The Andy Griffith Show was real and ol’ Floyd up and abandoned it one day, you might have something similar to this actual abandoned barber shop in Joelton, Tennessee. 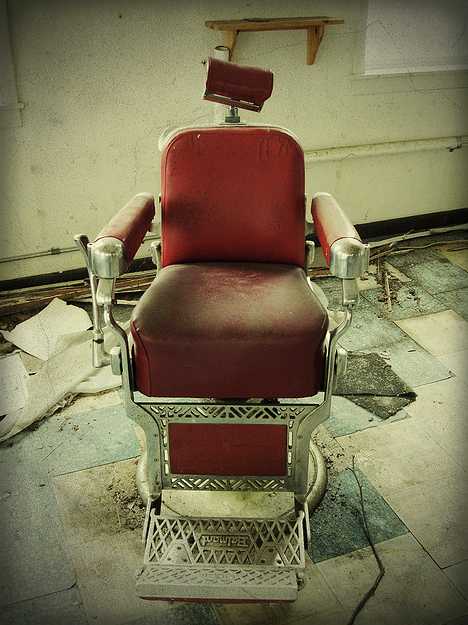 Actually a combination barber shop and gas station (because filling up the tank while enjoying a shave & trim just go together naturally), the shop in Joelton might look reasonably un-deteriorated but several eyewitness accounts warn of sagging, rotten floors. Be a shame if someday the pair of vintage Belmont and Formatron barber chairs should suddenly end up in the basement… at least they’d be unoccupied.