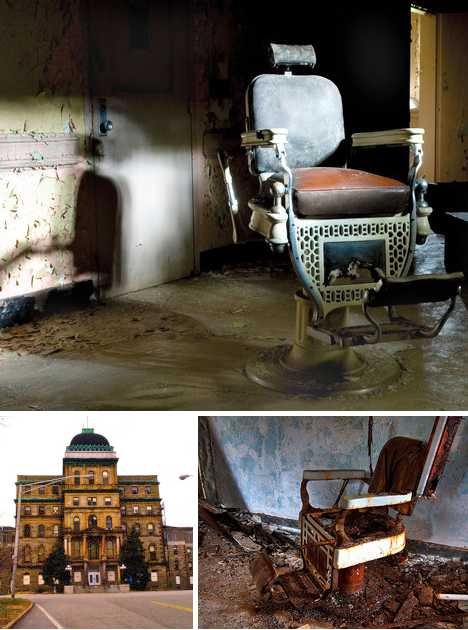 (images via: SeaBix, Parsippany Patch and Not So Much Foundation)

We’re not saying you had to be crazy to have your hair cut here, but, well, you did. This forlorn abandoned barber shop lurks deep in the bowels of the disused Greystone Park Psychiatric Hospital, formerly known as the New Jersey State Lunatic Asylum at Morristown.

Opened in 1876, the asylum’s population peaked at an astounding 7,674 patients shortly after the end of the Second World War – PTSD will do that. As for the barber shop, it’s likely most of its “customers” received easy-to-maintain buzz cuts and the straight razors were kept in locked bottles of blue Barbasol. 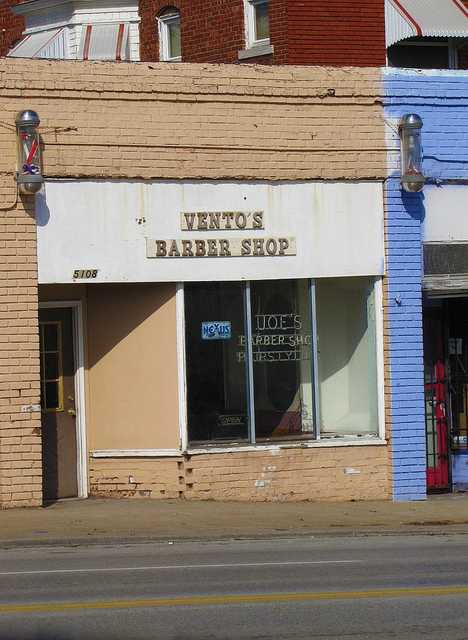 “Hey Joe, where you goin’ with that scissors in your hand?”… Well, not to Joe’s Barber Shop (or is it Vento’s Barber Shop?) in Kansas City, Missouri because Joe’s (or Vento’s) is closed. Indeed, these are lean times for the barber shop biz in KC and in the case of Joe’s (or Vento’s), the lean set in long before the times. Credit Jim Good with capturing this cool image… when was the last time you saw two discombobulated barber poles on one storefront? 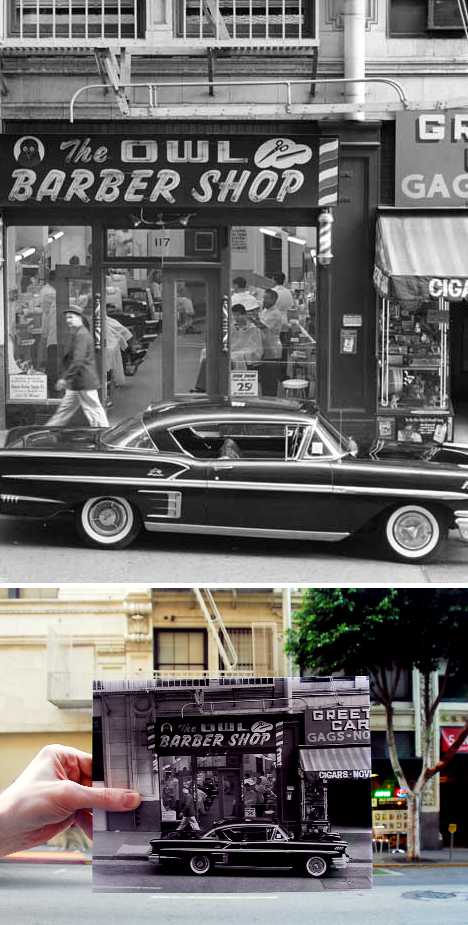 (images via: Water and Power Associates and The Fold Bespoke)

The Owl Barber Shop located on E 6th street in downtown Los Angeles has been around for ages – at least, since before 1960 when the above photo was taken. An Australian photojournalist from The Fold Bespoke discovered this gritty city snap and decided to do one of those new/old photo-on-a-photo collages for the OWL Barber Shop. 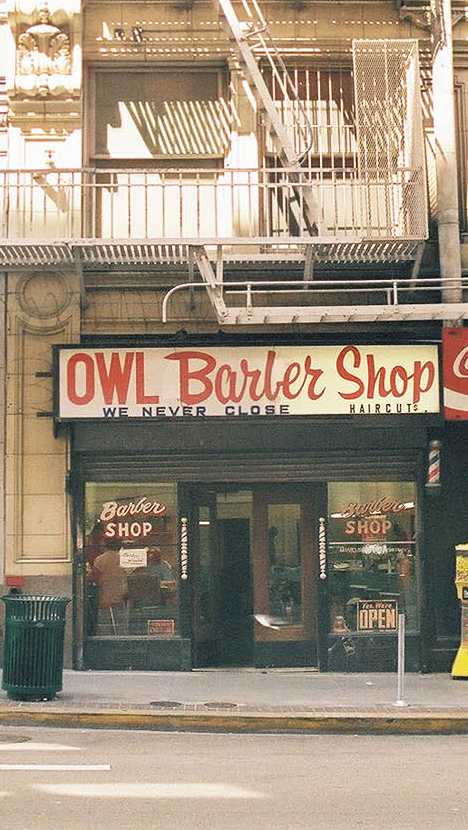 Here’s the OWL Barber Shop in 2003… doesn’t look too bad for a shop that states “We Never Close”, presumably for the past 40-odd years. If the shop doesn’t appear to be abandoned, it’s only because you’re viewing it through a decade-bending time filter. According to the photographer, Flickr user Ed Fuentes, “the barber shop is no longer there.” In other words, the OWL has left the building and no one gives a hoot.