How much potential lies within the bones of an old, run-down factory building, perhaps even one that’s been abandoned for decades on end? On the surface, sometimes it can seem like there’s no market to resell an industrial complex with such a specific purpose, especially if the rest of the neighborhood has long since moved on, transitioning into commercial and residential districts. But creative re-use can make the most of these large, open spaces full of steel and concrete.

Instead of just knocking them down and starting over, these factory renovation projects reduce waste and help preserve the history and character of industrial neighborhoods while shape-shifting into spectacular residences, offices, schools, museums and cultural centers. 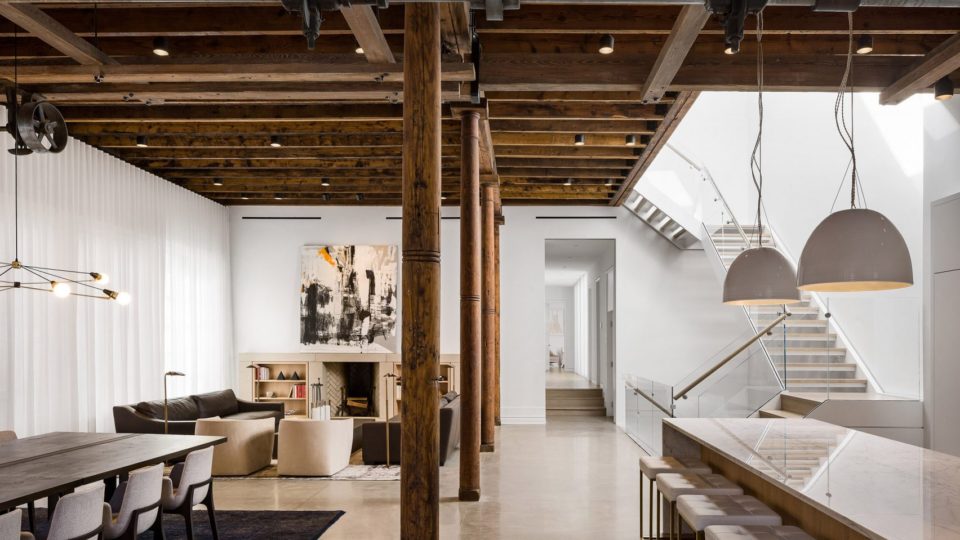 When renovating an old industrial structure, perhaps the most dramatic shift comes in a transformation to a residence. Taking spaces that can feel cold, hard and out of scale and making them feel like a cozy home where people spend intimate time with their loved ones is no easy feat, but it all comes down to embracing the building’s existing qualities.

When New York studio Fogarty Finger converted a defunct New Jersey factory that once housed a workshop for Alexander Thomson & Sons Pattern Makers, they identified the features that made the structure feel unique, like the weathered timbers. The company made wooden forms that were then cast in metal for propellers, and the antique industrial details contrasting with softer materials gives us a sense of what the space felt like in its prime. 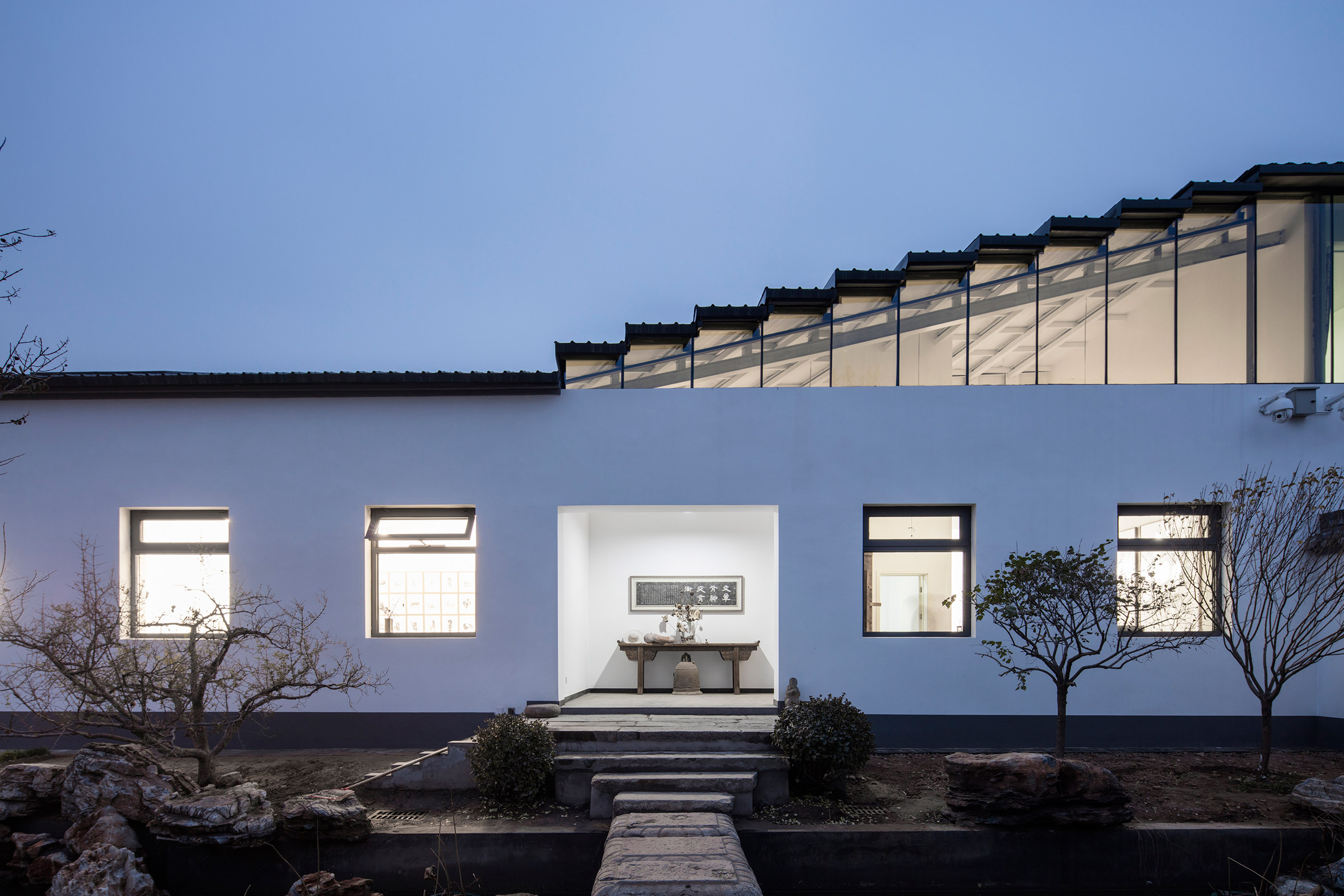 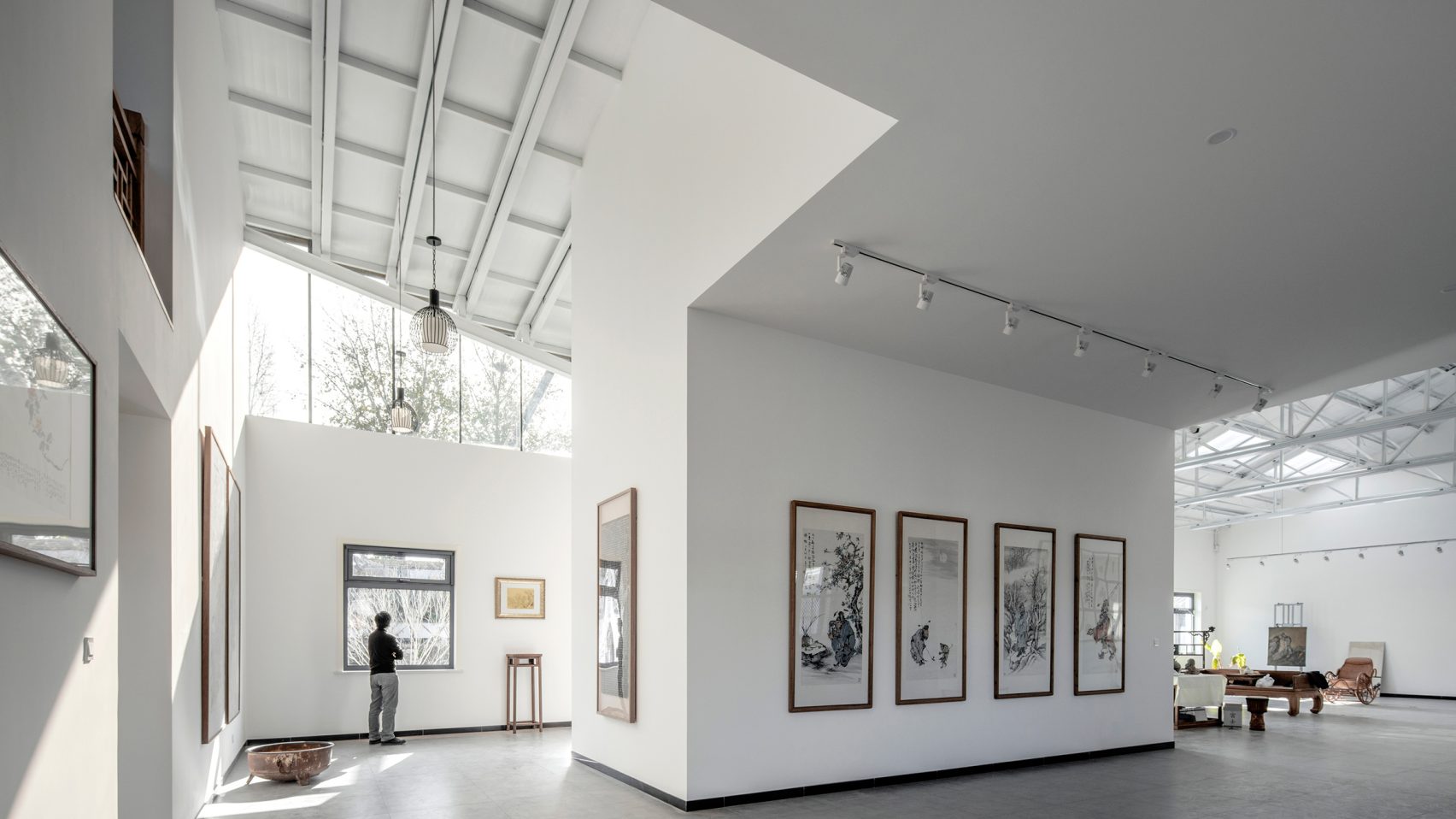 Reclaimed factories make ideal live/work spaces for creatives and small business owners. In Beijing, Office Project transformed a striking factory building into a home, studio and gallery for a calligraphy artist. The tall one-story structure gave them plenty of bright white space for the exhibition areas, and a new steel roof rises up on one end to accommodate new clerestory windows for lots of natural light. 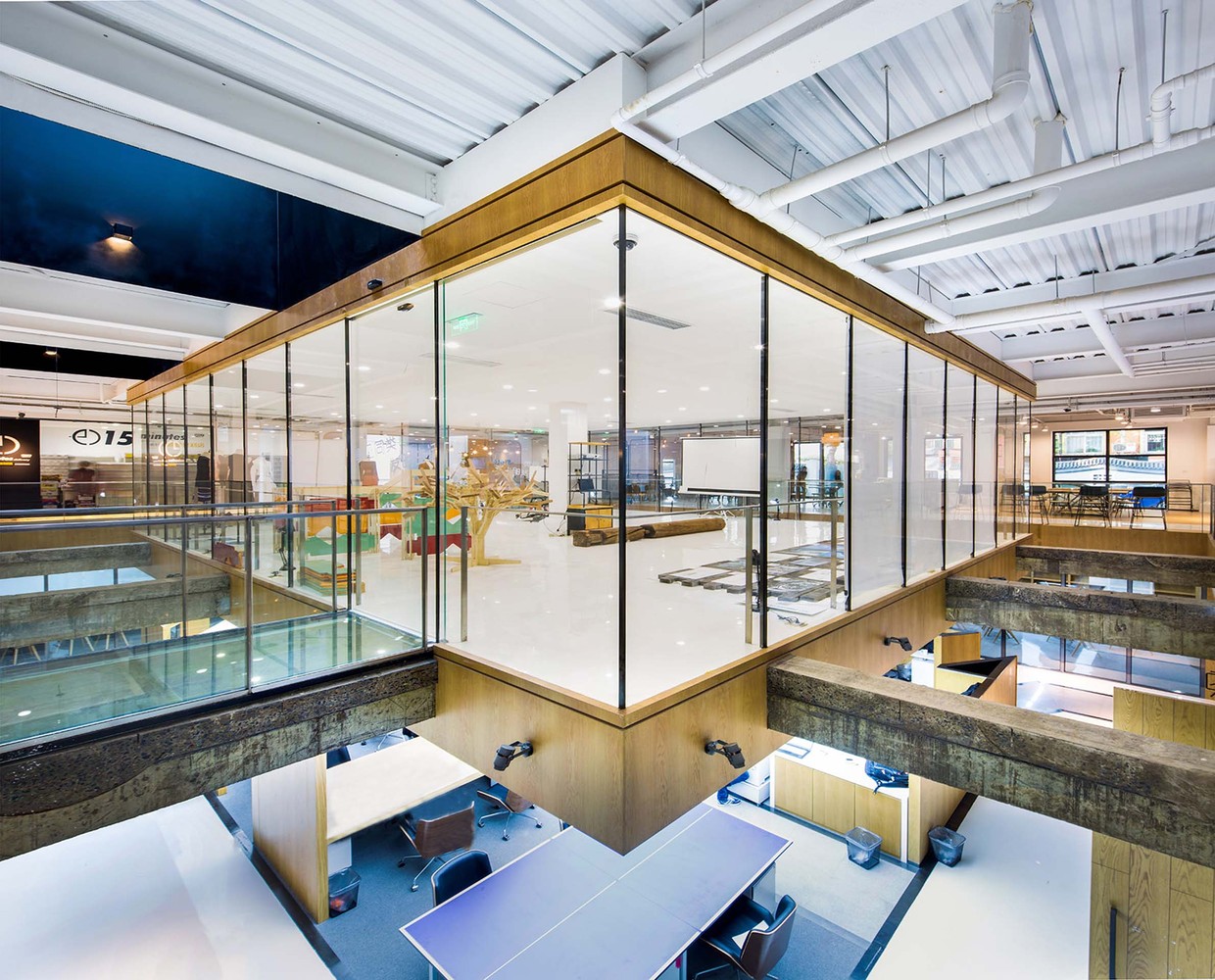 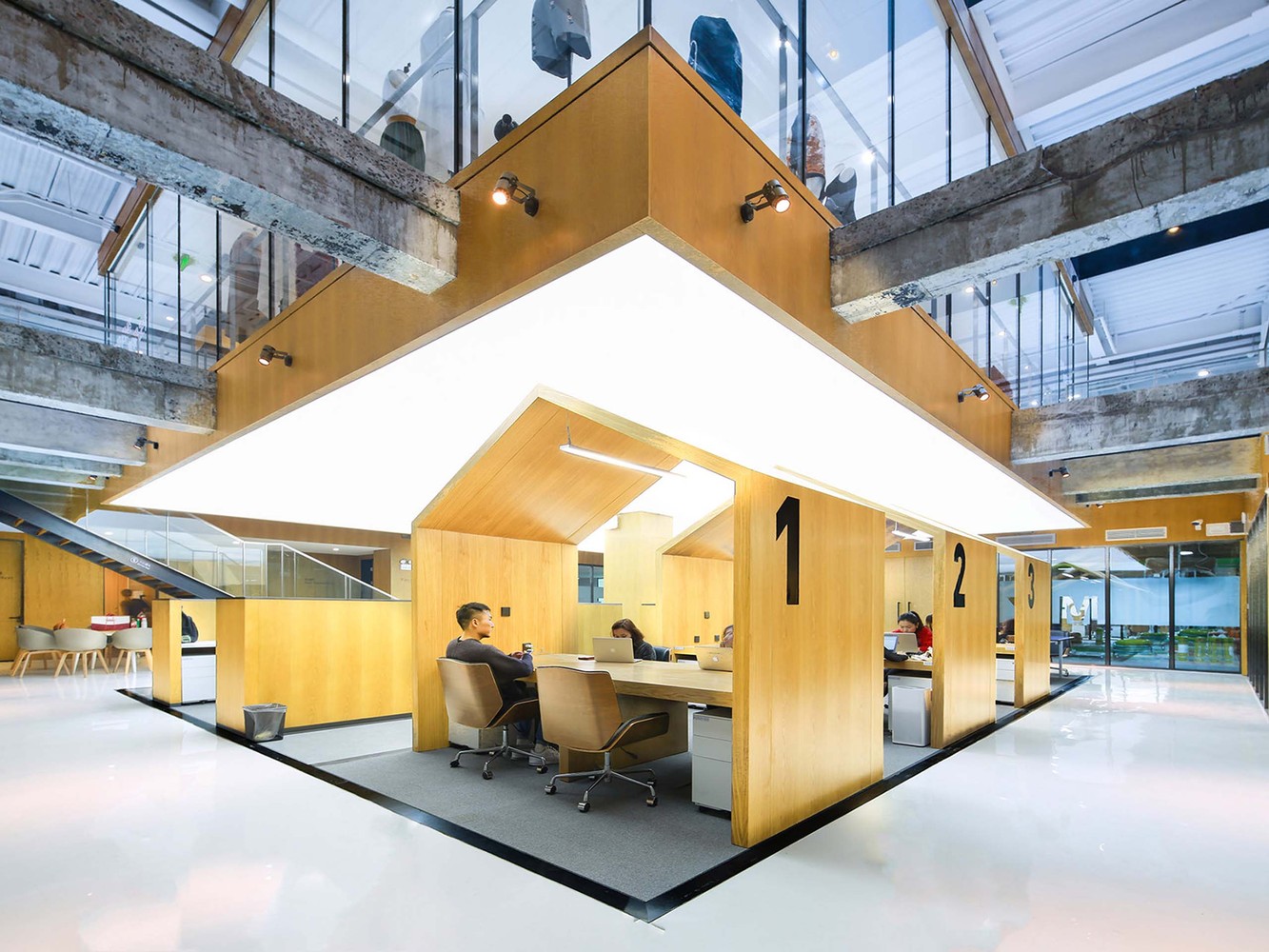 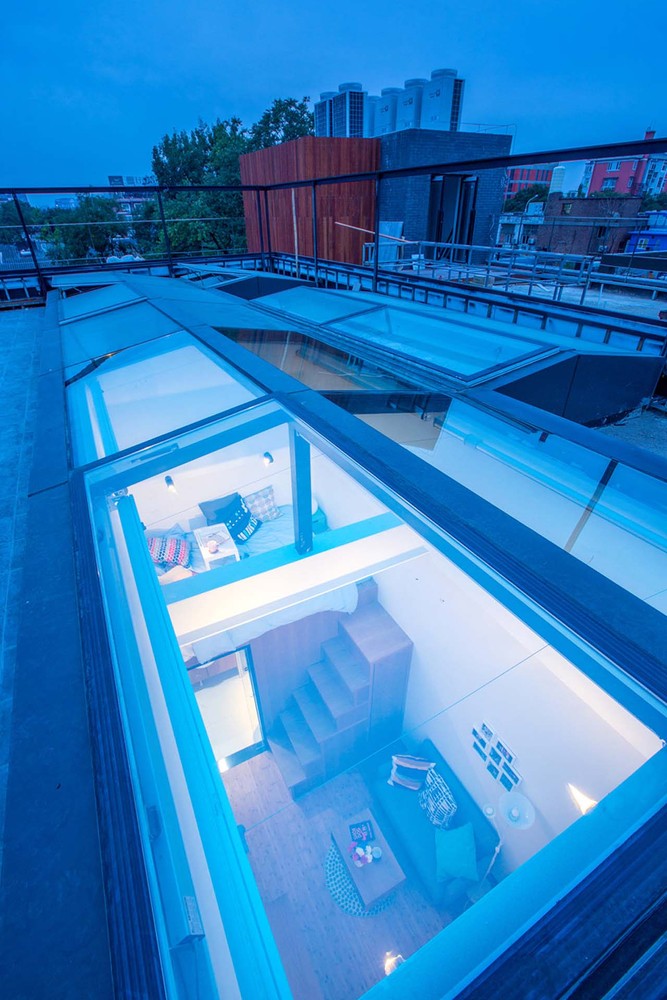 Inserting new volumes within the larger factory building can be a cool way to subdivide the space, as seen at 5Lmeet no.88, a mixed-use space in Beijing containing restaurants, a bookstore, offices and apartments within a former abandoned soy sauce factory. DAGA Architects subverted the traditional Chinese courtyard with a “floating island” meeting space in the center of the largest room, which hovers over small, partially enclosed workspaces. The apartments are ultra-compact and feature a lot of transforming furniture to save space. 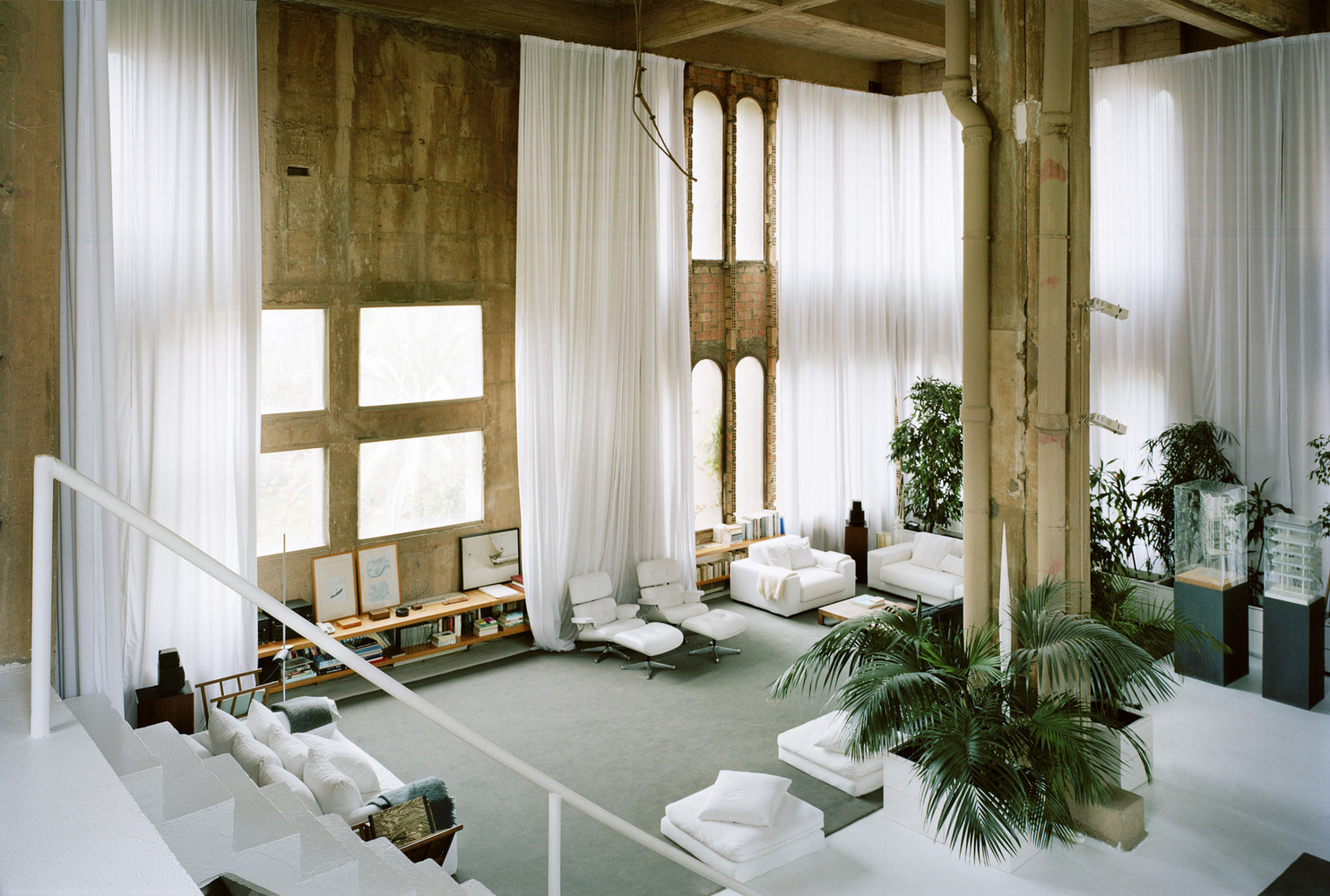 Perhaps the best-known example of converting a factory into a residence is Ricardo Bofill’s private home in Spain. The architect found a disused cement factory in 1973 consisting of over 30 silos, massive machine rooms and subterranean galleries, and spent decades converting the ruins into a surrealist palace surrounded by lush greenery, leaving many of the original industrial elements in place for context. 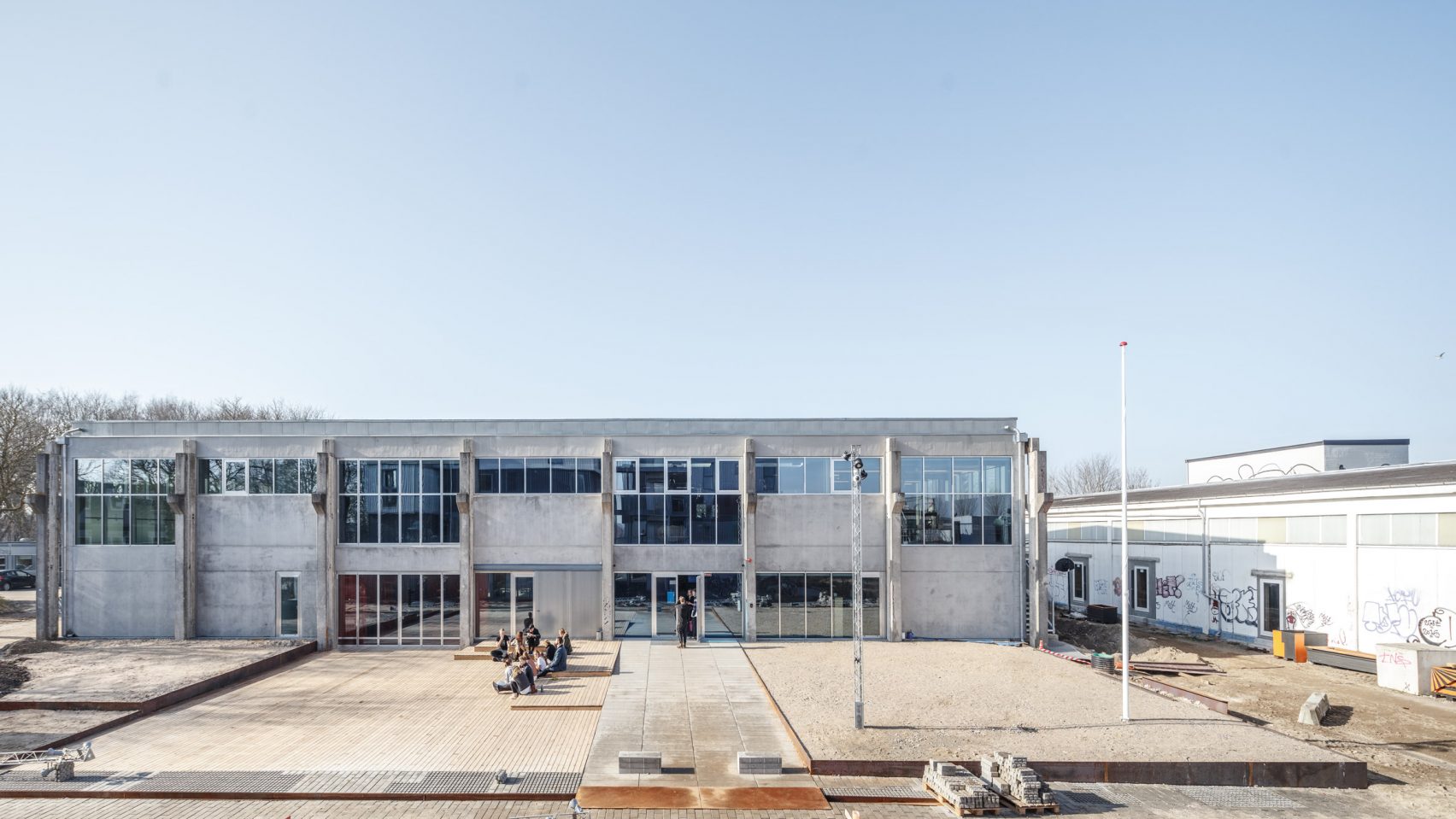 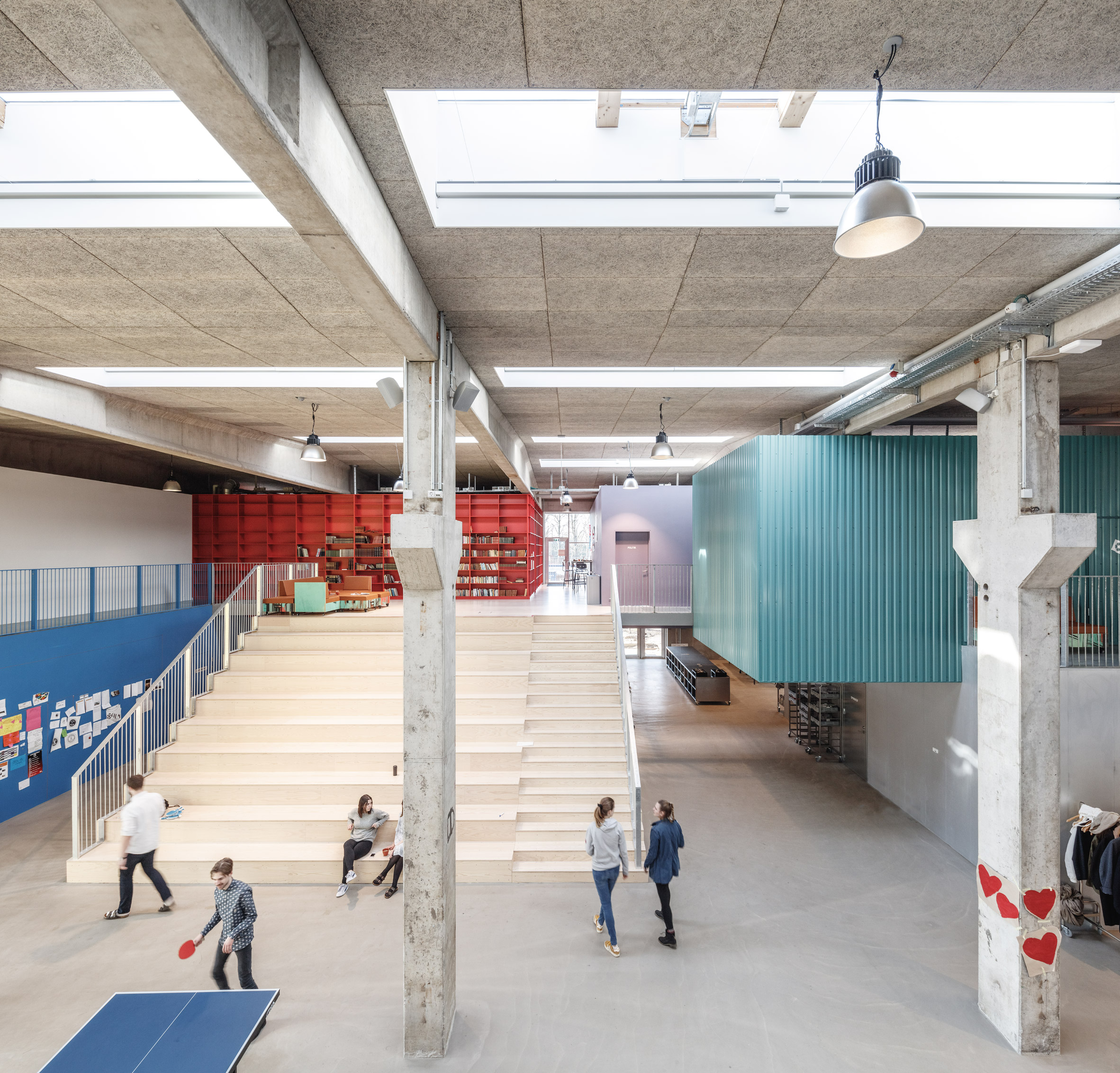 Offices and schools are a natural fit with the proportions of these old buildings. In Denmark, MVRDV and COBE collaborated to turn a former concrete factory into the Roskilde Festival Folk High School campus, located near the site of the popular annual festival and representing the first new folk school in Denmark in 50 years.

“We saw an immense potential in creating a creative school with an instant ‘street creditability’ because the school would be placed within an existing building, an abandoned factory,” COBE founder Dan Stubbergaard told Dezeen. “This meant that the school would not become institutional as a new building might be experienced as.” 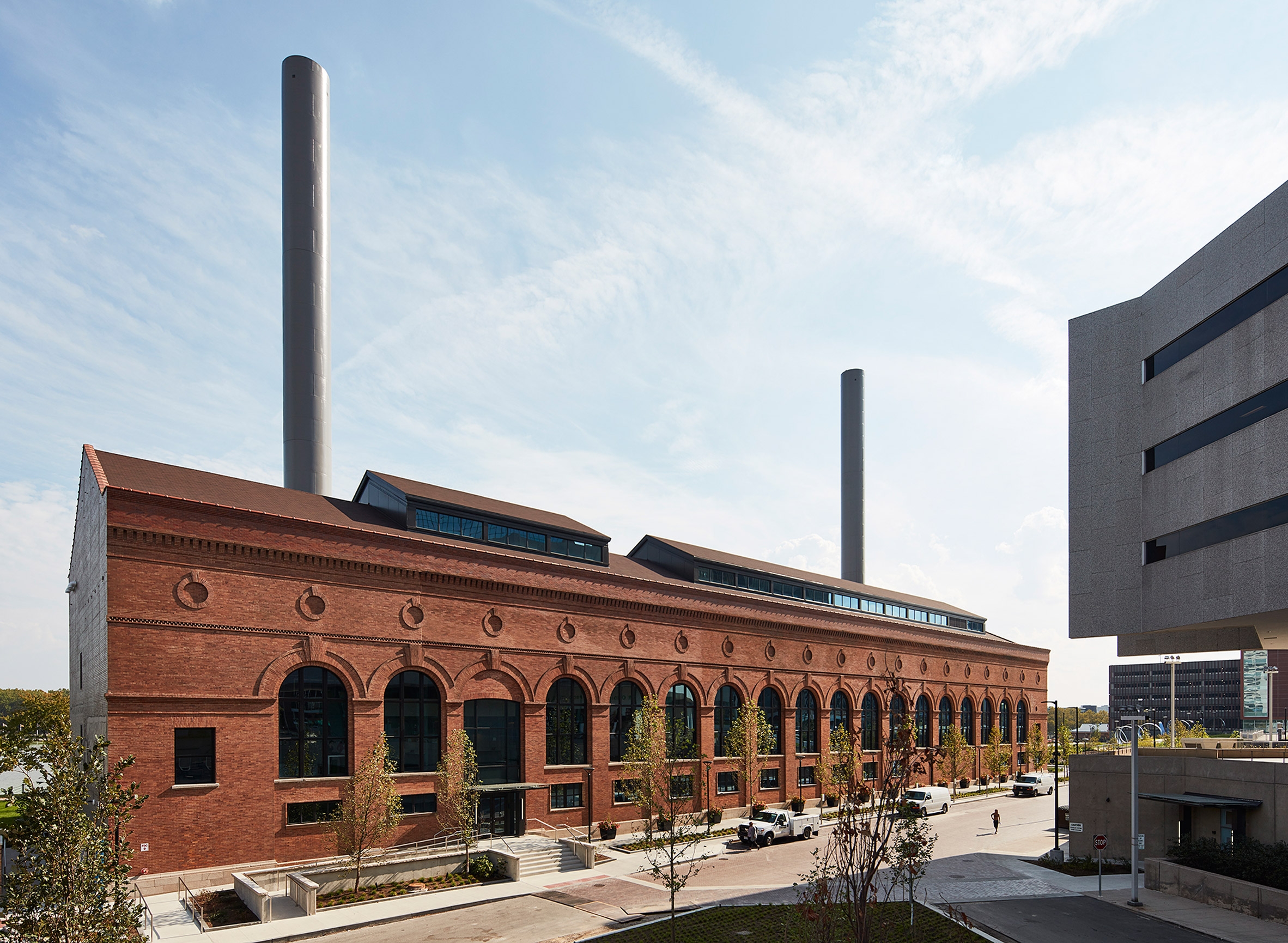 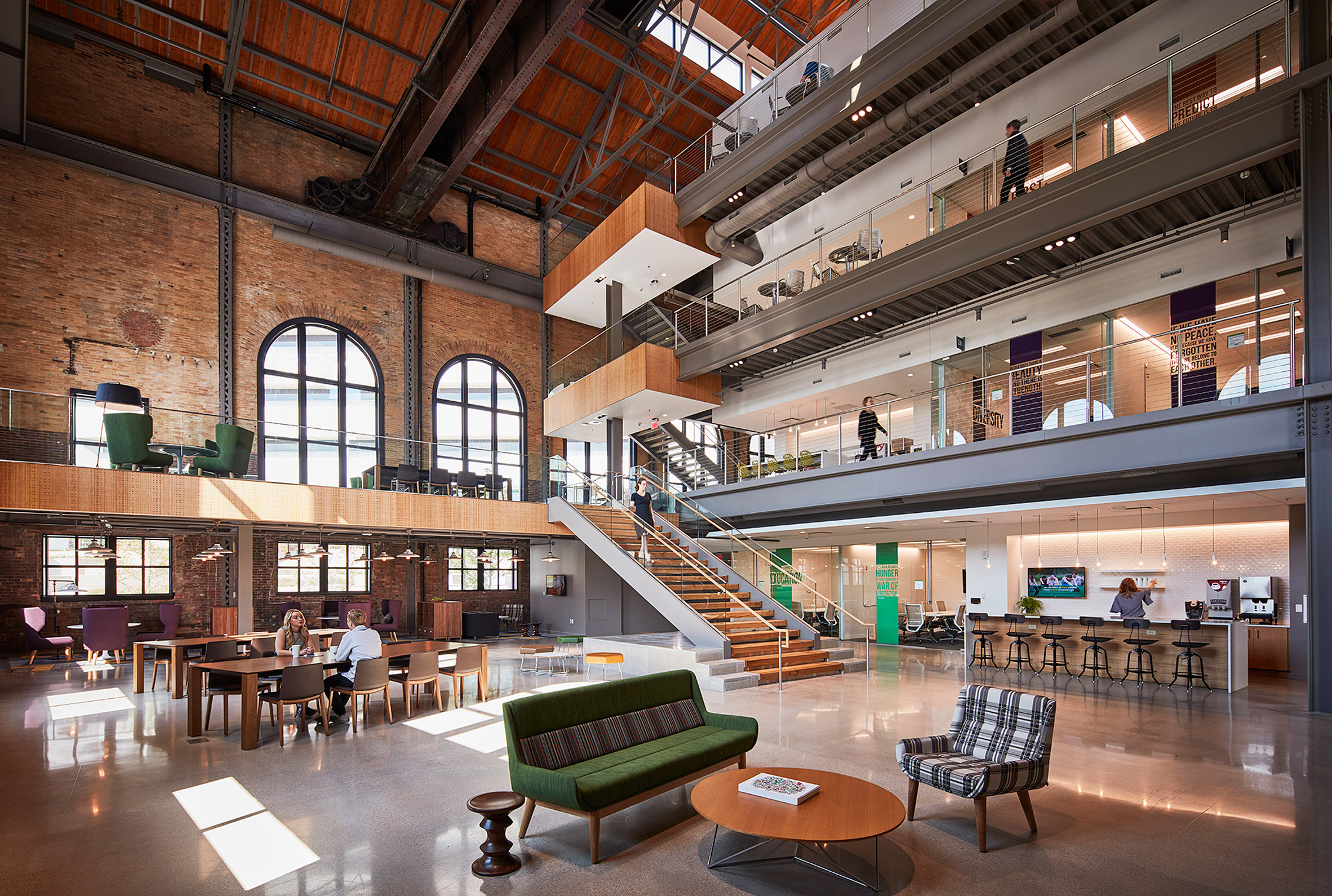 A 120-year-old steam plant and Brutalist office building has become the headquarters for medical company ProMedica in Ohio. Architecture firm HKS spearheaded the project as part of an effort to revitalize Toledo’s downtown area. Originally designed by architect Daniel Burnham, who’s also known for his role as chief architect of the 1893 Chicago World’s Fair, the structure offered a dramatic, spacious, history-infused waterfront setting for the new ProMedica Headquarters campus. The steam plant was vacant for three decades before it was purchased by the company, and its interior now contains four stories of offices, communal spaces and an atrium.