What goes around comes around, especially for these dozen abandoned Ferris Wheels whose former clockwork precision has spun down to a permanent turn off. 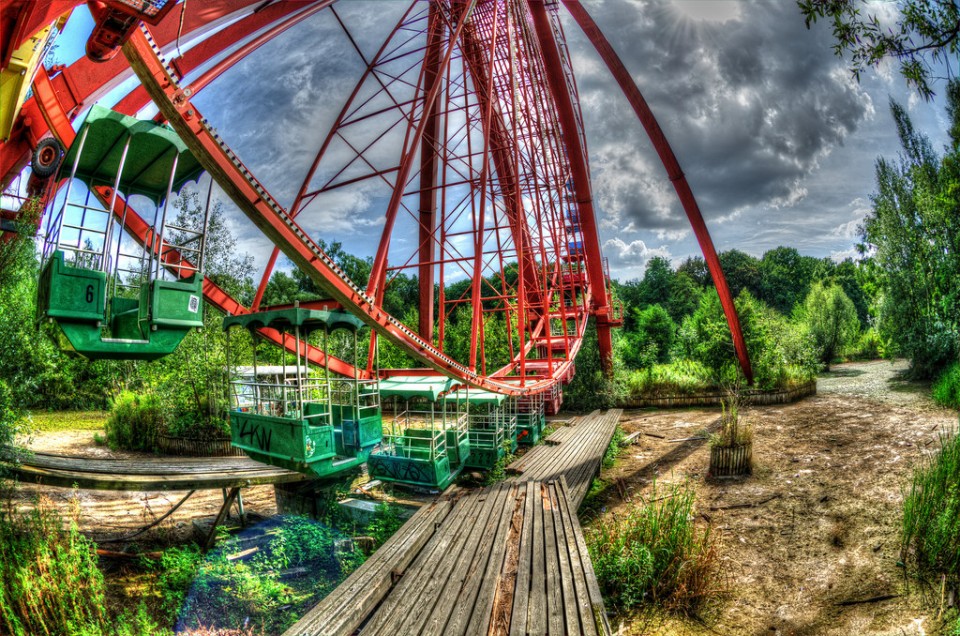 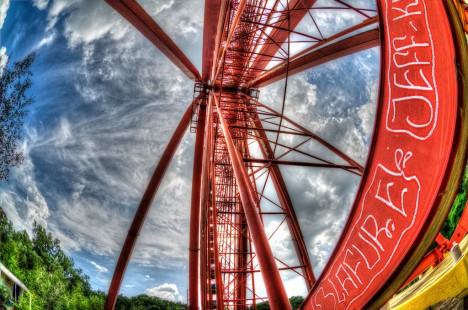 Originally centering the Kulturpark Plänterwald (1969-1989) and, after German reunification, the Spreepark Berlin, this magnificent Ferris wheel was abandoned in 2002 along with the rest of the amusement park when its criminally negligent owner high-tailed it to Peru. Mired in debt and steadily deteriorating, the park was bought by the City in 2014 though future plans for the site remain unclear. 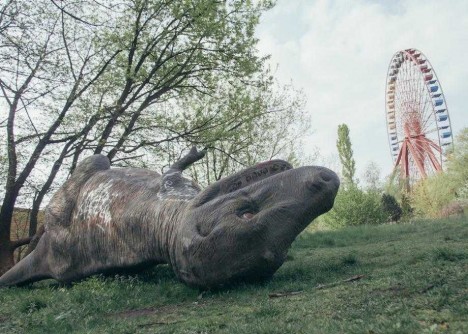 Flickr user gordon.shumwaay snapped these vertigo-inducing HDR images of the Spreepark’s Ferris wheel on August 9th, 2014, and one must say his timing was most fortuitous… about a day later, delinquent teen arsonists set two fires that burnt down much of the park (though the Ferris wheel was unaffected). Maybe they could rename it Post-Jurassic Park. 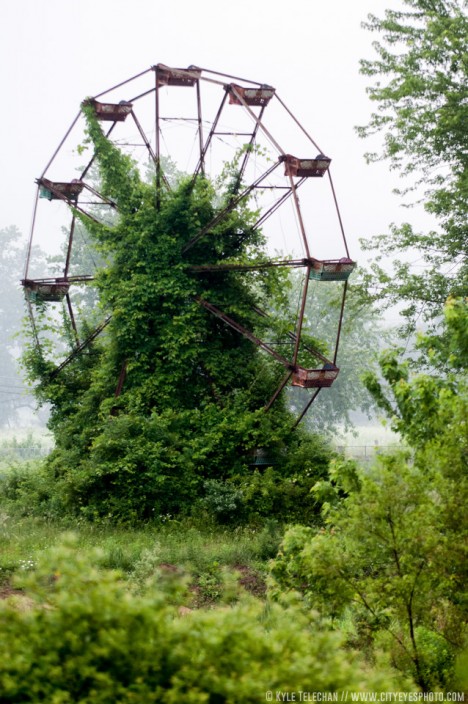 The South’s relentless “green menace” appears to have devoured this former Ferris wheel located somewhere in North Carolina. Flickr user Kyle Telechan (City Eyes) captured the astonishingly overgrown state of the once-charming amusement park ride while on vacation in June of 2009, noting that “when the remnants of Katrina hit the area (in 2005), a few places were left abandoned.” Could kudzu grow so much in just a few years? Yes, yes it could!

8 Arms to Hug You 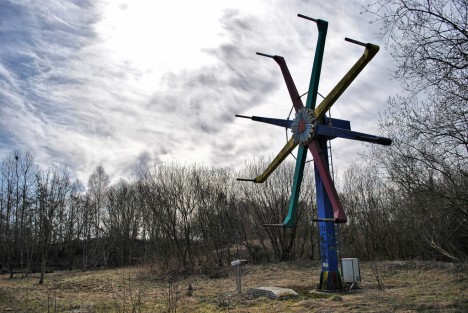 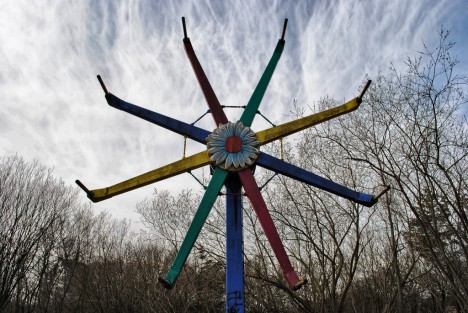 Looking disturbingly like a malevolent metallic sea monster, this de-seated Ferris wheel from the former Fun Park Fyn in Mollerlund, Syddanmark, Denmark seems to be waiting silently for some ancient signal to rouse it from its dreams… much like C’thulhu. Flickr user Troels Dejgaard Hansen brilliantly captured the long-abandoned ride on April 3rd of 2010.

No Joy in Joyland

Joyland Amusement Park in Wichita, Kansas styled itself as “The Southwest’s Finest” and during its run boasted a Ferris wheel offering unparalleled views over the windswept prairies. All that would end in 2006 when, after 55 years of continuous operation, Joyland’s management pulled the plug and the big wheel ground to a permanent halt. Flickr user Kenzie Alizabeth snapped Joyland’s abandoned Ferris wheel’s spidery yellow skeleton on June 10th of 2011.