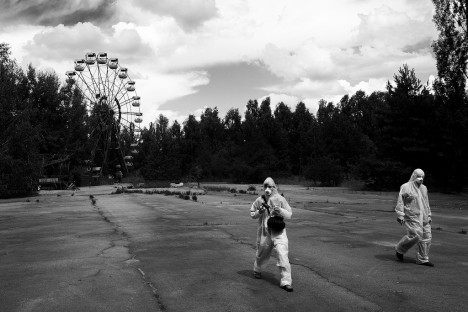 It may be inactive but the oft-photographed abandoned Ferris wheel in Pripyat, Ukraine is a whole ‘nother kind of “active” if you catch our drift. Pripyat, as everyone knows, was the city nearest to the 1986 Chernobyl nuclear power plant catastrophe… not one of the era’s more amusing events. 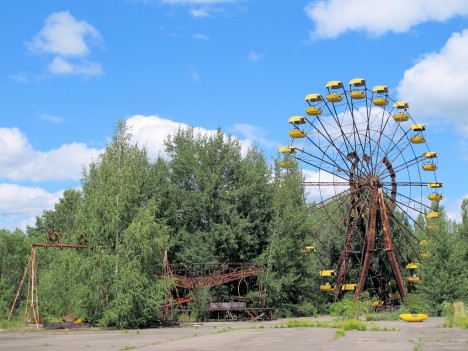 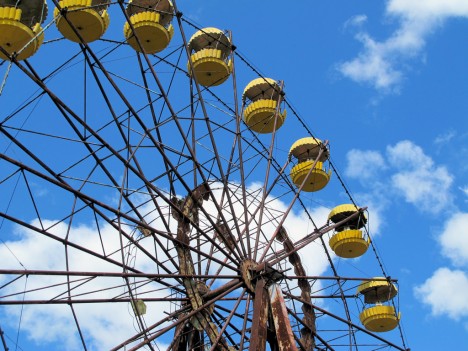 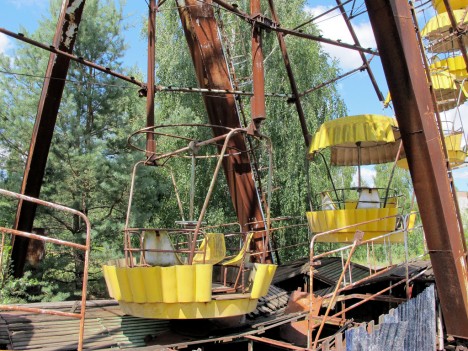 Flickr user Batsuze visited Pripyat’s notorious former amusement park on June 8th, 2013, and it’s held rather well for being abandoned for almost 30 years. Radiation would appear to have its positive aspects, hmm? 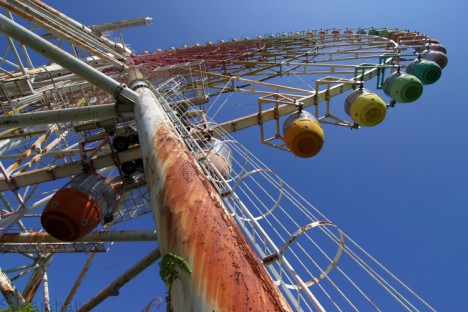 Flickr user Sgt Marshall snapped the rusting abandoned Ferris wheel at the long-closed Central Park (we kid you not) in Kyoto, Japan on August 1st, 2007. Marshall’s image exquisitely captures the forlorn state of the once vibrant amusement park ride by silhouetting its mouldering “bones” against a pristine azure summer sky. 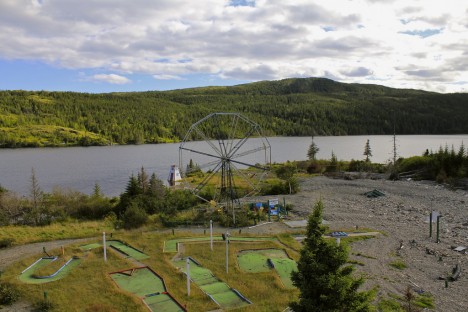 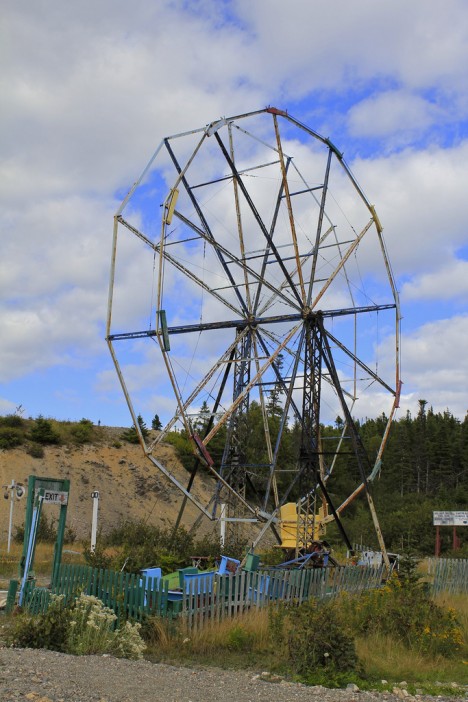 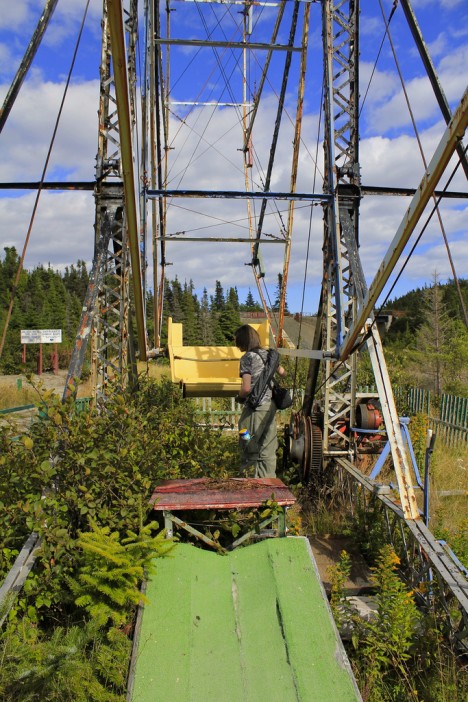 Flickr user Brian Summers (Zippo S) has posted almost 260 photos of the abandoned Trinity Loop amusement park in Newfoundland and Labrador, Canada, during his visit there in September 2011. It would appear there’s just a single seat remaining on the park’s skeletal former Ferris wheel. Dude, don’t try it! 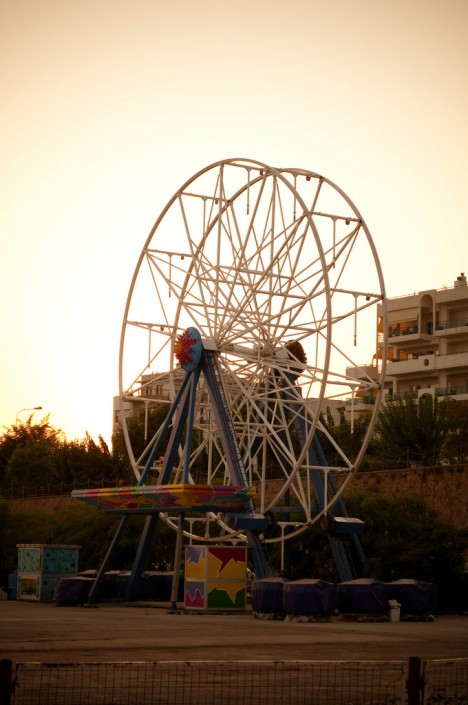