In Santiago, Chile, six murals offer visually impaired people the chance to experience large-scale works of street art by Chilean artists through touch panels, braille and audio descriptions. Entitled “Manos a la Pared (Hands to the Wall),” the project adds accessibility to some of the murals found in the bustling Barrio Lastarria, one of the city’s most touristy neighborhoods. In Chile, 16.7% of the population is visually impaired or blind, adding up to about 2.8 million people. 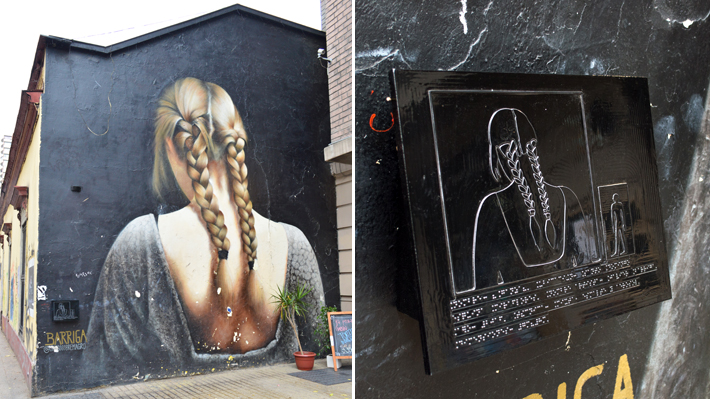 “The initiative was born from the union of three restless women who met in the Diploma of Cultural Management of the Pontificia Universidad Católica de Chile,” says Paula Cancino, president of the Association for Inclusive Culture Mu.Cho. “This project was conceived under the premise of breaking with the barriers that impede access to arts and cultures.” 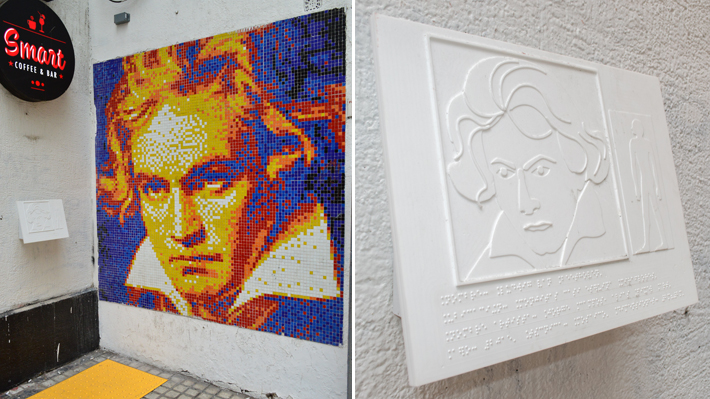 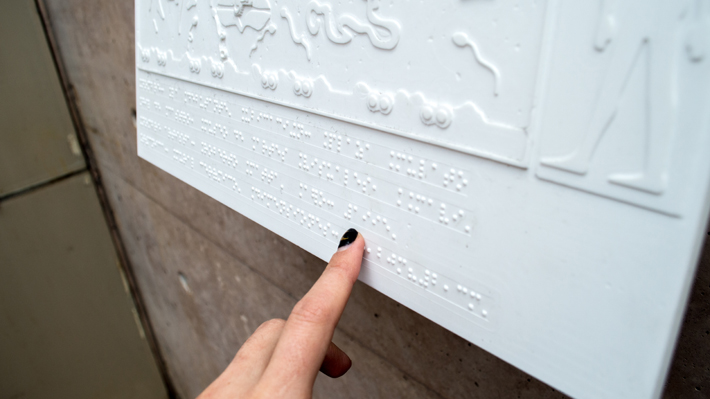 The new circuit was unveiled on July 10th, 2018 and includes “La Debutante” by famed Chilean surrealist Roberto Matta in the Plaza Mulato Gil de Castro, “The Player of Palín” by Francisco Maturana on Mosqueto Street, “Ganza” by Javier Barria in Santo Domingo, “A Surrealist Named Matta” by Alexander Tadlock in Mosqueto, “Ludwig van Beethoven” by Jorge Campos in Mosqueto and “Lastarria Patrimonial” by Luis Núñez on the Rosas corner of Lastarria. 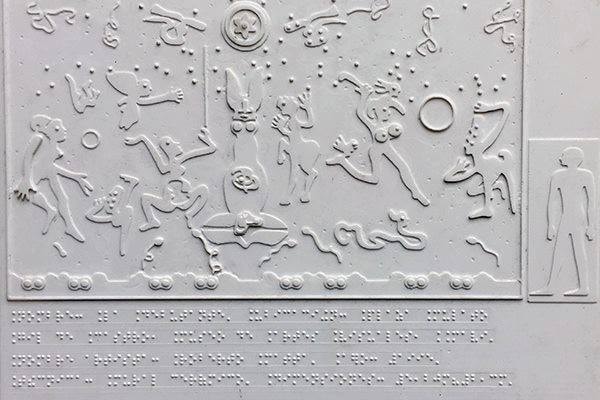 The works were chosen according to the symoblic importance of their content and the accessibility of the space. After leading a test subject through a proposed circuit in the planning phases, they realized there were a lot of tables, restaurant awnings, poles, bicycle parking and other obstacles in the way, so they had to adjust the route carefully.

That initial tester, Monica Sepulveda, says the experience of using the touch panels is “not total, to be honest, but when you add other elements such as audio description, that helps even more to understand what’s there in front.”