Seeing what your face looks like 14 feet tall and enlarged hundreds of times in a public forum might sound like a nightmare to some people, but to others, it’s a fun way to interact with other visitors at the Greater Columbus Convention Center in Columbus, Ohio. ‘As We Are’ is a permanent sculptural installation made of 23 ribbons of LED screens wrapping around a vaguely head-shaped base on a podium. Walk around to the back, and you’ll find the entrance to a photo booth inside. 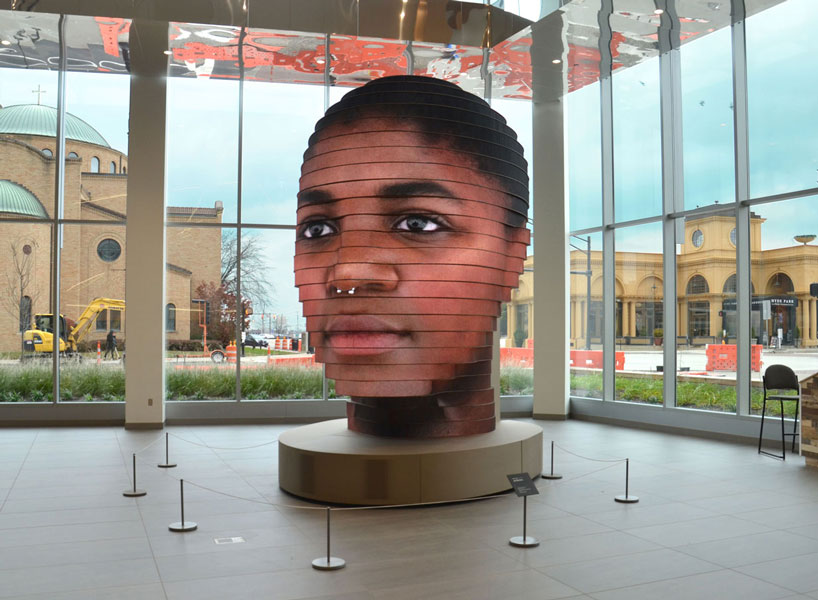 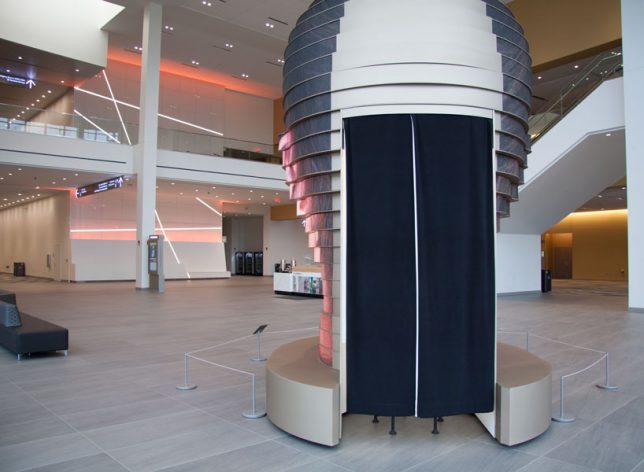 Have your photo taken simultaneously by twenty-nine cameras, which are capable of stitching together a three-dimensional likeness, and then step outside to see your face displayed on the screens, which are powered by over 850,000 LEDs. For artist Matthew Mohr, the experience is about exploring the relationship between self and representation of self, “asking the subject of the portrait to reconsider presence through magnification.” 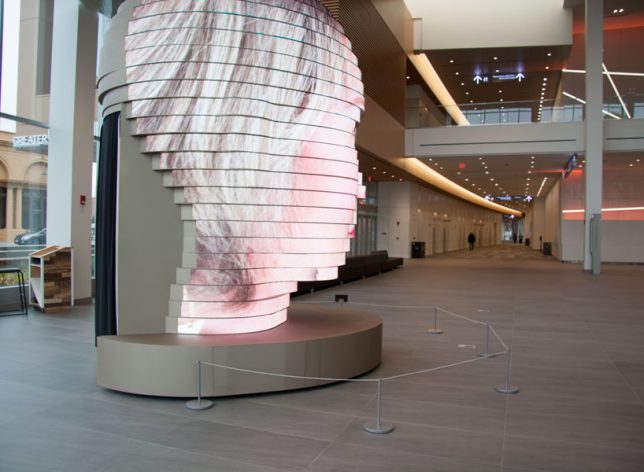 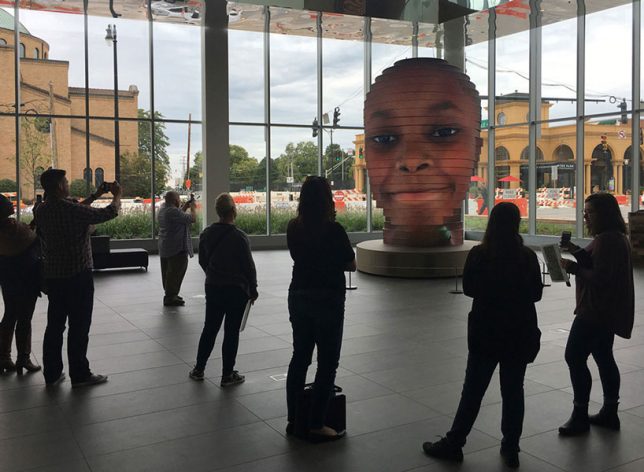 “It is intended to provide amusement and evoke larger discussions around the phenomena of social media, diversity, and the power dynamic of public art,” he says. “‘As We Are’ focuses on the now commonplace act of documenting one’s existence in an effort to connect with others. It considers how self-representation has evolved by confronting the idea of self, and recognition of what we seek in and from other people.” 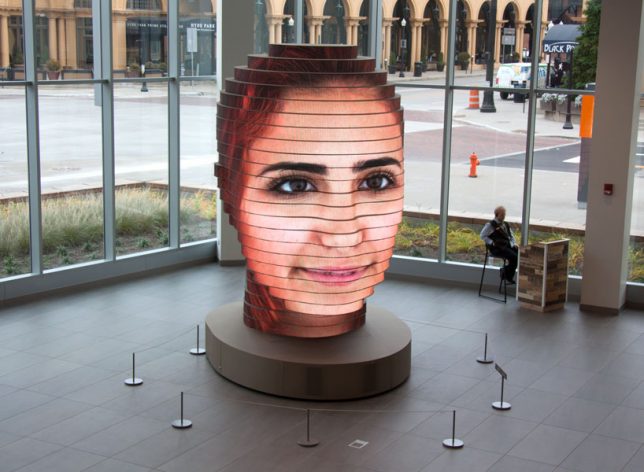 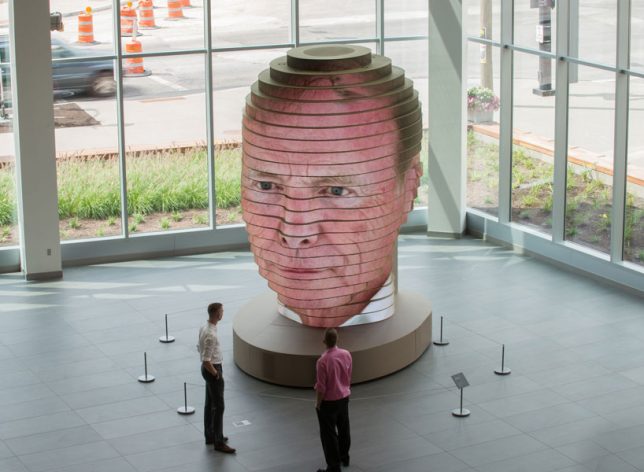 “An underlying theme in my work is technology in service of communication. It runs through my practice and my teaching. Without substance, technology is either a tool or a parlor trick.” 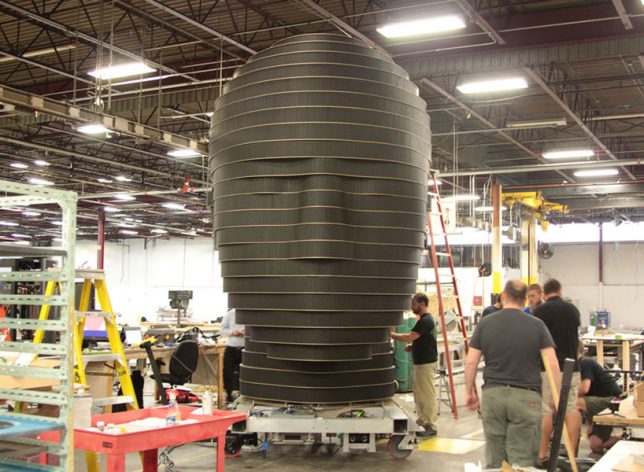 DCL, the fabricator that collaborated with Mohr to manufacture the sculptural object, calls it “the ultimate selfie machine.” Would you give it a try?