Over three hundred bus shelter ads across the UK have been replaced with thought-provoking works criticizing capitalist culture by 40 street artists. The ‘Brandalism‘ posters were installed in high-traffic areas, from the busiest shopping district of London to the Leeds  Half Marathon route and even outside Scotland Yard, right under the noses of the police officers lambasted by several of the designs. 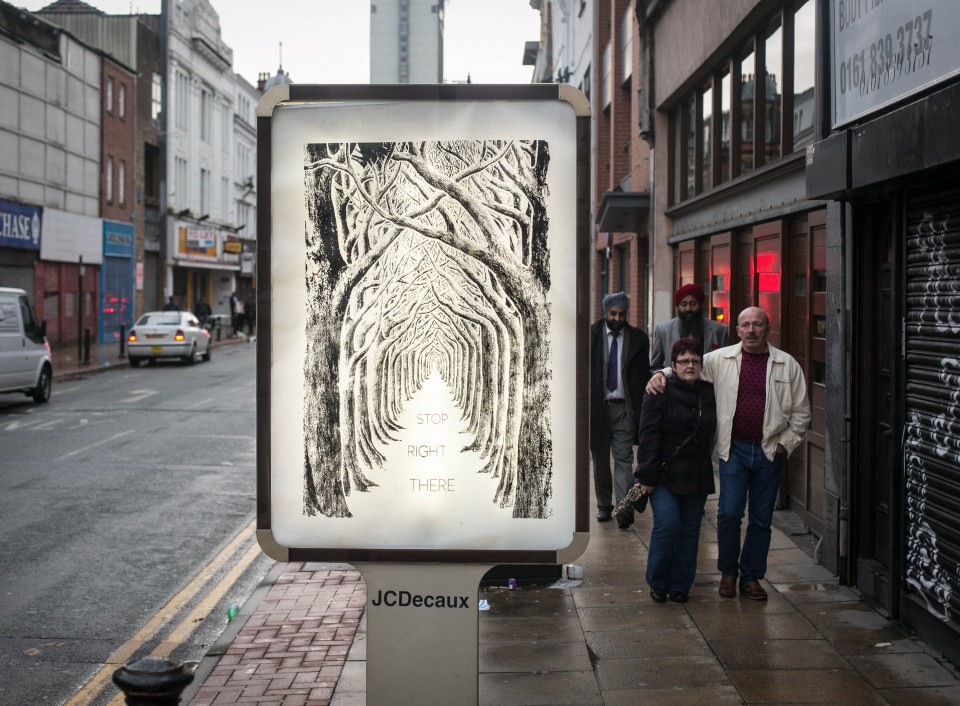 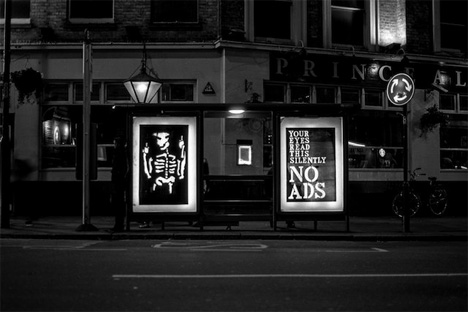 “The large print giveth, the small print taketh away,” reads one, while another parodies Harrod’s department store with “Horrids – trite gewgaws, trinkets & trash, the cluster bombs of consumerism.” “The market is dead, long live the market,” a third repeats. 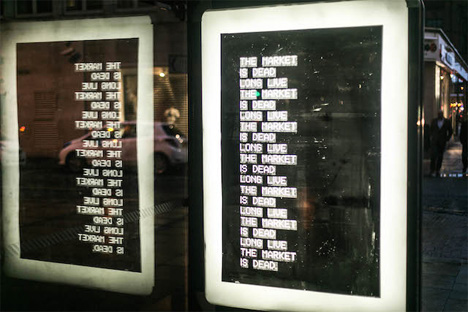 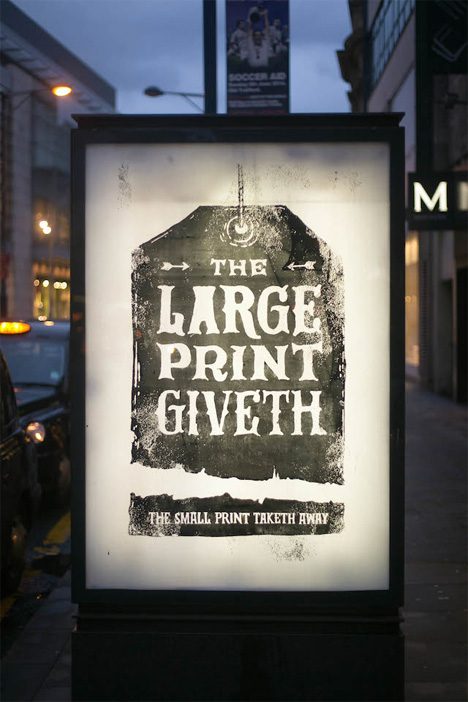 The campaign is a response to the fact that the UK’s advertising industry pays just under 250 per person each year to reach the ears and eyeballs of the citizens i the hopes of selling things like “adjustable mops and leather sofas.” Plus, the industry relies on manipulation ranging from the subtle to the overt, convincing us that we won’t be happy until we make more money in order to purchase all of this stuff. It’s not about catering to our needs, it’s about creating new desires. 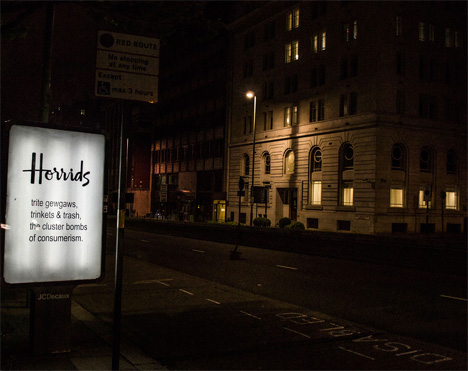 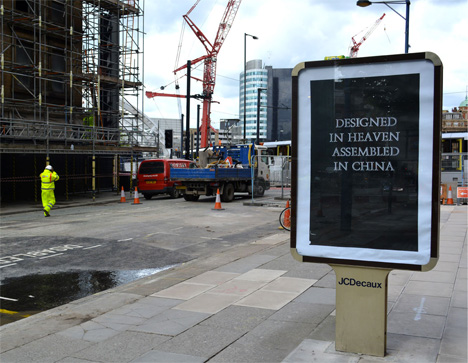 The campaign explains, “The fight against advertising is not a fight against desiring. We should want more from life not less, and we should demand it. The question is more of what? This exhibition is about trying to open up questions about the ills created by advertising, the false needs and destructive desires it attempts to distill in us, and it is about trying to reclaim some of the spaces taken from us.” 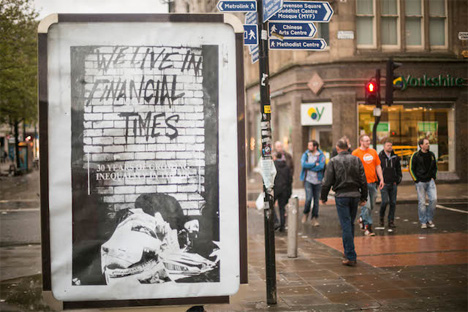 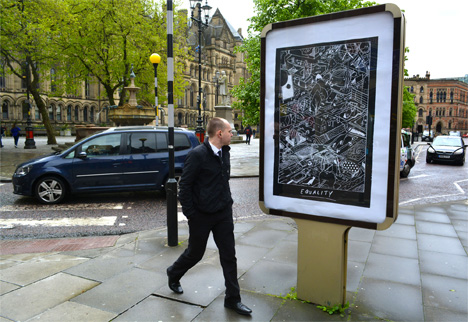 Brandalism even has a suggestion for anyone who isn’t a big fan of the work their artists produced: “Swapping them is easier than you’d imagine. All you need are some o the magic cabinet keys and a trusty hi-viz vest to remain hidden in plain sight. So if you don’t like what we’ve put up, check out our guide to opening the cabinets, and replace it with something you prefer. Because after all, they’re your streets.”