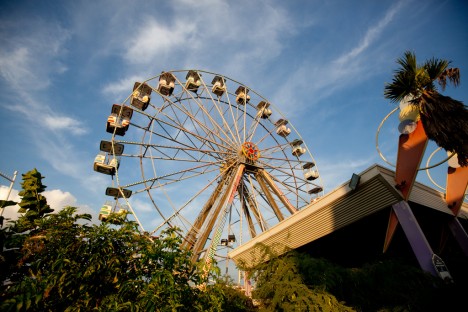 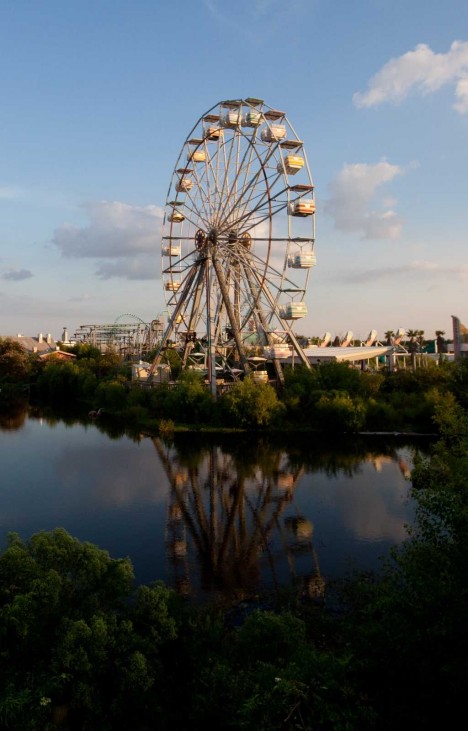 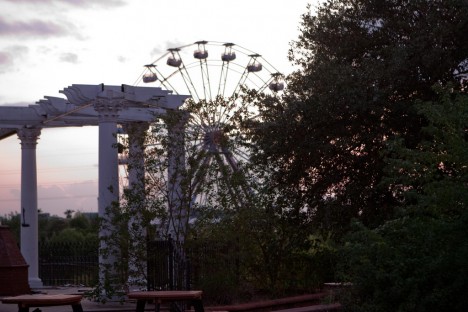 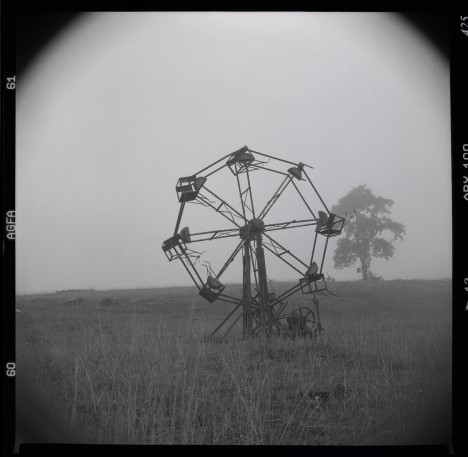 Small county fair, small Ferris wheel… that’s how it goes in Bustleburg, a mere fly-speck on the map of Rockbridge County, Virginia. Therefore it’s not surprising the 8-seat abandoned Ferris wheel snapped by Flickr user kerouac2 on March 2nd, 2009 is so small it appears to have been powered by a modified tractor engine. That would explain the state of the field surrounding it, at least. 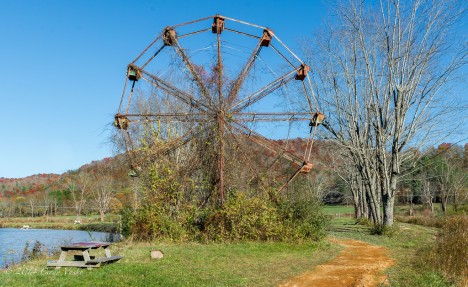 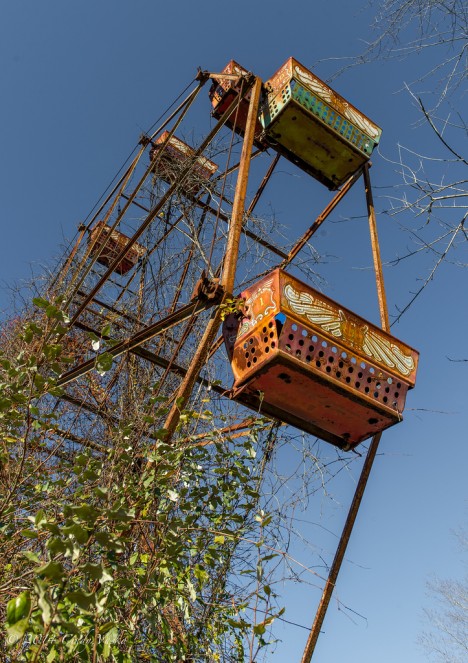 According to the Wikipedia entry on Lake Shawnee, West Virginia, “Lake Shawnee Amusement Park, abandoned in 1966, occupies a desecrated native burial ground which was the site of the 1783 Mitchell Clay settler farm.” Geez, didn’t Clay see that movie? 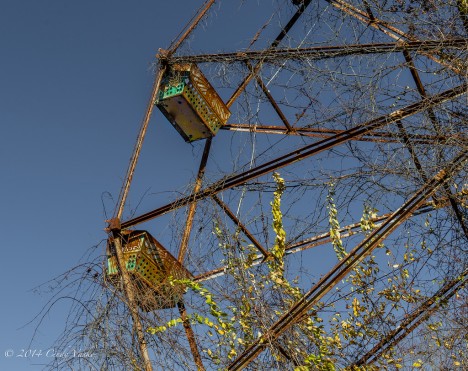 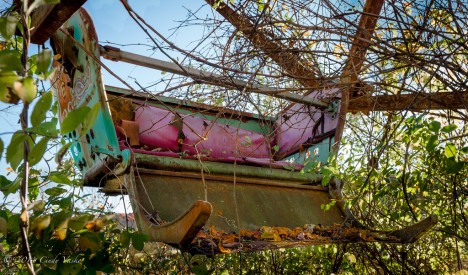 In any case, kudos to Flickr user Cindy Vasko, who visited the abandoned amusement park and its spooky overgrown Ferris wheel on November 2nd, 2014. Vasko managed to return home safely without losing little Carol-Anne along the way. 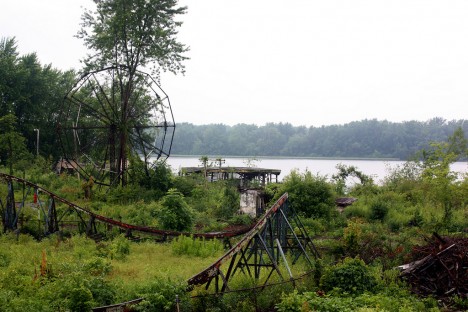 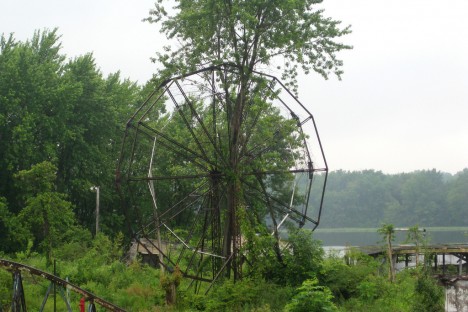 Speaking of spookiness, Chippewa Lake Amusement Park in Chippeaw Lake, Ohio opened way back in 1848 though the Ferris wheel likely dates from the early 20th century. The park closed in 2008 and Flickr user Meryl Swlatek’s (penelopejonze) photos from the summer of 2009 already depict advanced overgrowth consuming the park’s venerable attractions. If you think this abandoned park looks creepy, you’re not alone: the low-budget horror flick “Closed For The Season” was filmed there!