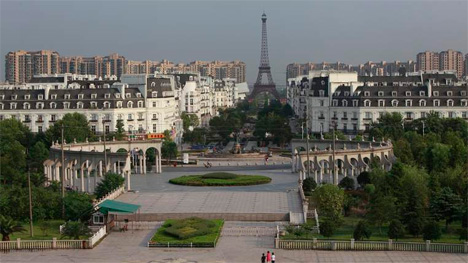 On any given day in Paris, you might see hundreds of thousands of  residents and tourists in the streets. They go in and out of shops, snap pictures next to landmarks, stare in wonder at the opulent architecture. But over 5500 miles away, there is another Paris – a comparative ghost town where the streets stand nearly empty. 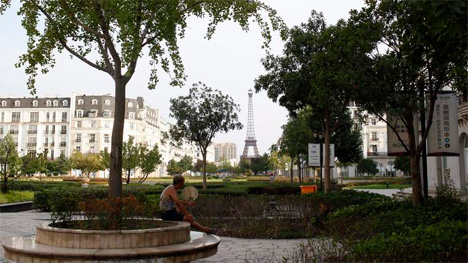 Construction on Tianducheng, in China’s Zhejiang district, began in 2007. It was meant to be a luxurious gated community resembling Paris in every way possible. The highlight of the town is its 354-foot replica of the Eiffel tower, but plenty of Paris’ other landmarks have been faithfully recreated here. 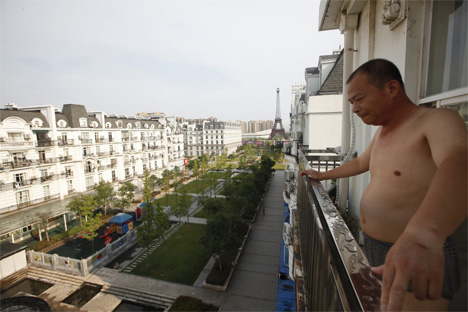 There is a major incongruity between one’s expectations for a “little Paris” and what you will actually see in Tianducheng. The streets are, for the most part, entirely empty. There are no throngs of tourists or business people rushing off to their offices. There is a lot of quiet, and there is a fair amount of traditional Chinese culture, seemingly completely out of place in the French surroundings. 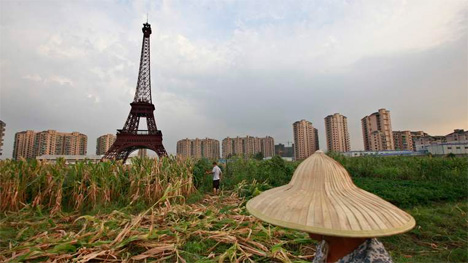 The development was built to house 100,000 people and to draw rural families into a bustling metropolitan area. As of 2007, (the last time the population was counted), only 2,000 souls inhabited the gated compound. The population seems to be dwindling, leading local media to refer to Tianducheng as a “ghost town.” 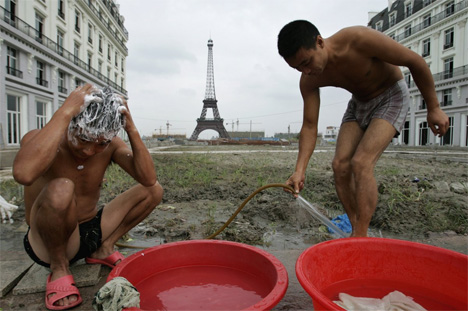 It may seem odd to build a replica of a famous city in a different country, but the developers were working on the idea that Paris was seen as a romantic destination. They felt that Chinese people would want to live in this faux-European environment with its stately townhouses and wide-open courtyards. Several other Western-style towns and communities have been built in China around this idea.

At least in Tianducheng, you are more likely to see empty streets and traditional Chinese agricultural life than the distinctly Parisian pastimes of shopping, strolling, and sipping wine on a restaurant patio. Daily life in the town is documented in the video above. 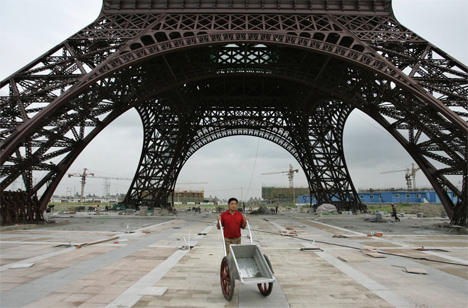 Work is still in progress in the compound; its expected completion date is in 2015. So the Paris of the East, it turns out, isn’t quite a ghost town – it hasn’t had the time to develop ghosts just yet. In a few years, this now-quiet development could very well be chock full of Chinese residents ready to begin their European-style lives. (Images via: Business Insider and video by Caspar Stracke)