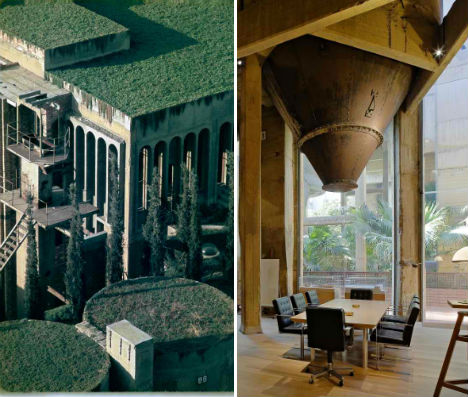 An incredible abandoned cement factory, covered with ivy and partially in ruins, has been transformed into a massive office complex that preserves both the original architectural integrity of the structures and honors the factory’s period of disuse. Architect Ricardo Bofill discovered the property in Spain in 1973 and claimed it for the head office of his firm, Taller de Arquitectura. 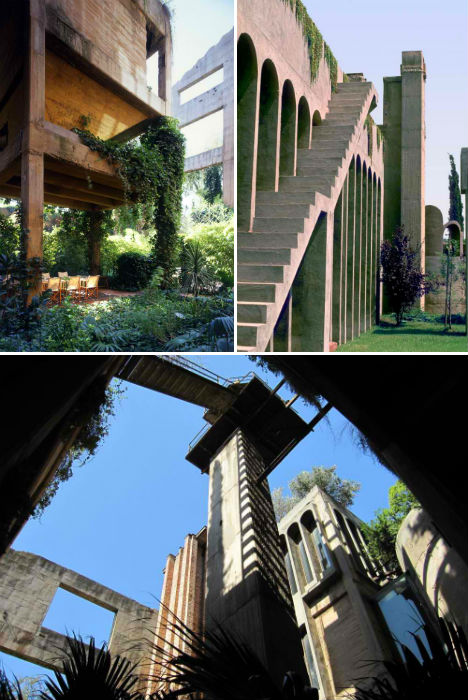 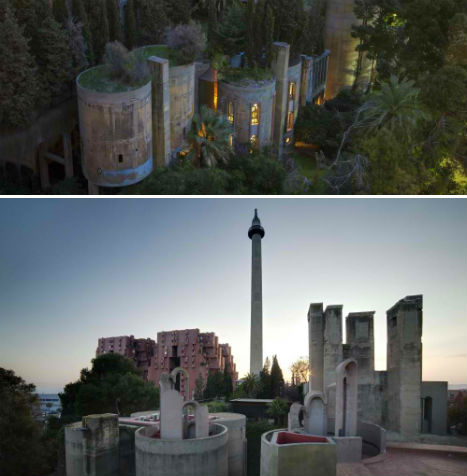 When the property was discovered, it was full of staircases to nowhere, exposed pipes and half-fallen structures. The industrial complex consisted of over 30 silos, subterranean galleries and machine rooms. The transformation of the space started with knocking down some of the unsalvageable structures, which left behind curious concrete forms that give the impression of a modern abstract sculpture park. 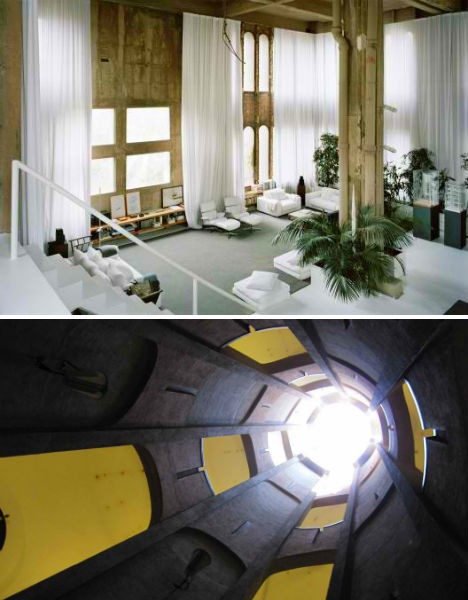 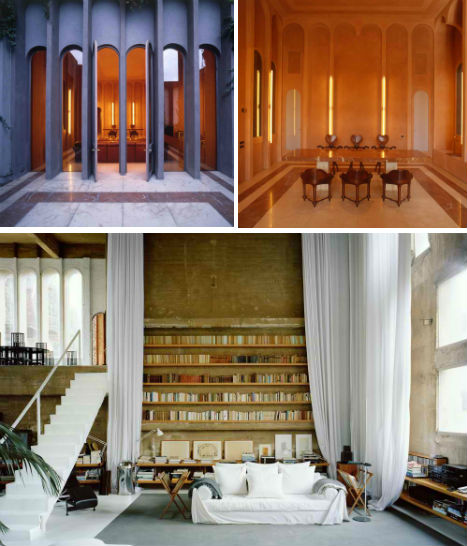 The eight silos that remained became the offices, archives, a library, a projection room, a lab for architectural models and sleeping spaces. A massive space known as ‘The Cathedral’ hosts exhibitions, concerts and other cultural functions. 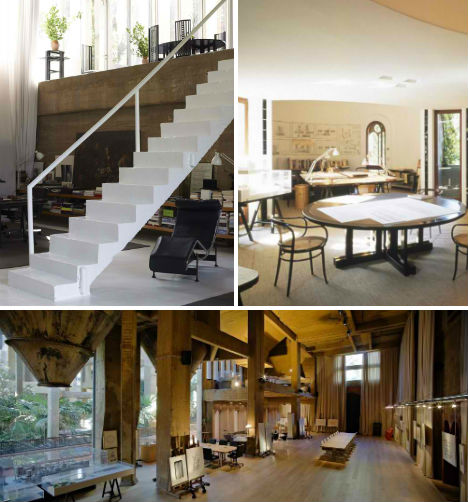 While the interior spaces have been cleaned up, much of the machinery has been left behind, and the grounds have been restored to a balance between intentional landscape design and the chaos of greenery that proliferates when buildings are not maintained.