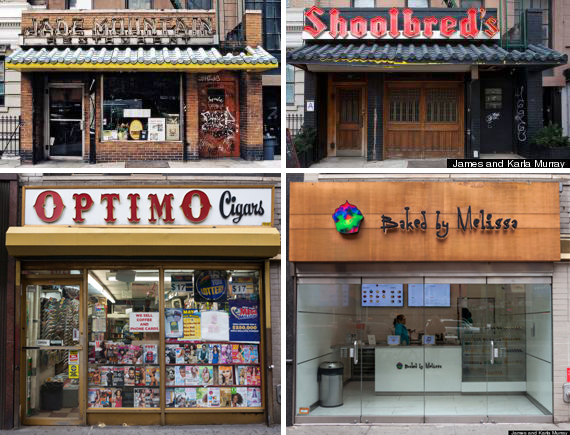 Overtly a straight-shot photographic compilation, Store Front: The Disappearing Face of New York shows the rich vernacular diversity of mom-and-pop shops across all five boroughs. Since publishing the book, however, its creators have revisited their subjects and documented the amazing rate of change as “luxury condos and artisanal cupcake boutiques uproot local delis and dive bars.” 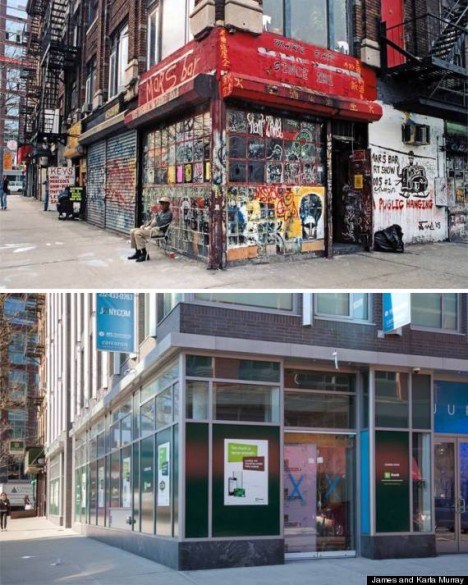 These before-and-after pictures were taken all over the city and reflect the influence of many immigrant cultures, including “Irish, Germans, Jews, Italians, Poles, Eastern Europeans and later Hispanics and Chinese”, but also a more recent trend toward uniformity. 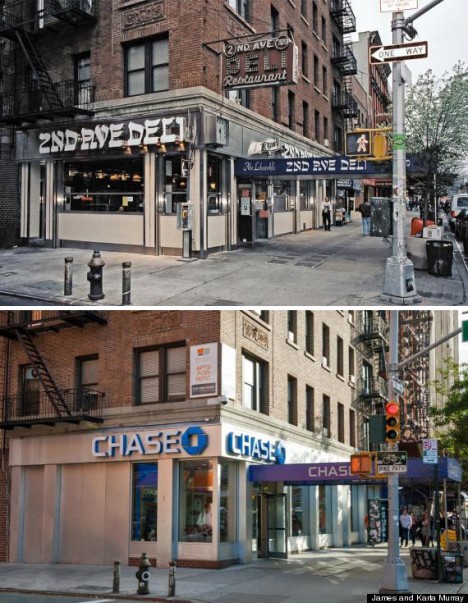 The images themselves are unpretentious, allowing the streets and stores to speak for themselves. Supplemental maps, histories and interviews, however, help flesh the book out without detracting from the power of the photos throughout. 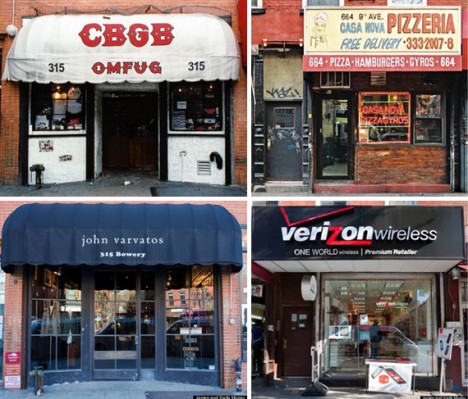 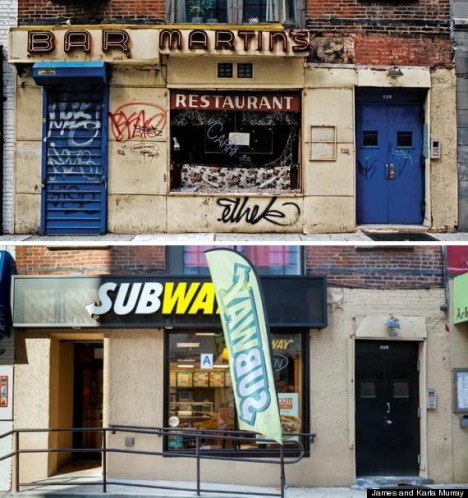 The visual story told by the book and followup photographs is hard to put into words, but captures the spirit of neighborhoods around New York. “The variety is immense, from Manhattan’s Yonah Schimmel Knish Bakery and Katz’s Delicatessen to the Jackson Heights Florist in Queens, Court Street Pastry in Brooklyn, D. D’Auria and Sons Pork Store in the Bronx and the De Luca General Store on Staten Island … the face of New York is etched in their facades.” 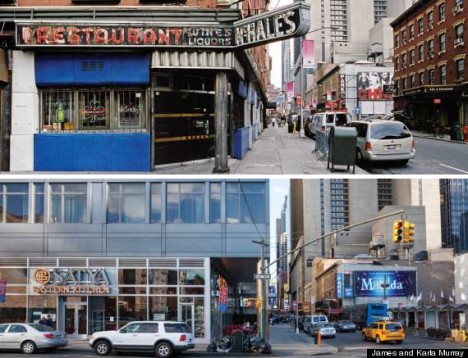 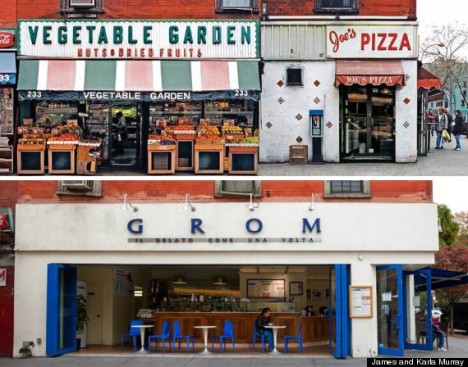 About the photographers and authors, James and Karla Murray, and their work: “Their critically acclaimed books New York Nights and Store Front: The Disappearing Face of New York as well as their graffiti publication Broken Windowshave set the standard for urban documentation. New York Nights was the winner of the prestigious New York Society Library’s 2012 New York City Book Award. “