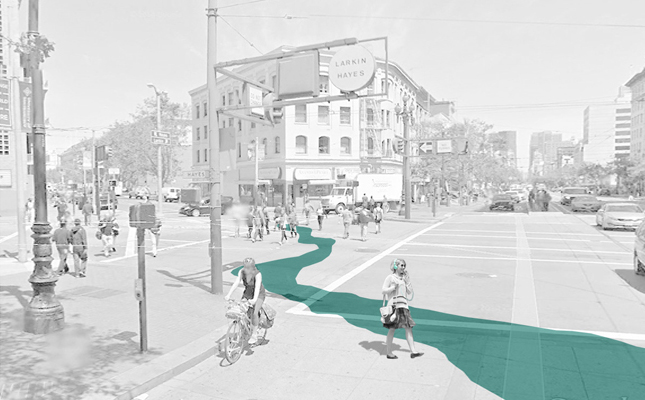 Half-forgotten historical urban rivers are set to resurface in San Francisco as part of a civic installation project designed to fill in their historical footprints with a bright blue work of temporary art. The project will stretch across roads, sidewalks and other urban staples with colorful swaths reflecting part the city’s hidden history. 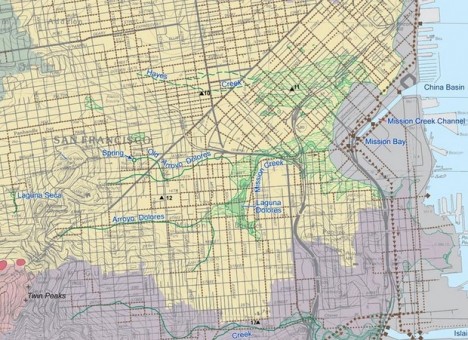 It might seem obvious upon reflection, but few people realize just how many surface waterways ebbed and flowed on the surface of a city like this before development forced their paths into culverts, tunnels and sewers. Set to debut at the Market Street Prototyping Festival (more on that below), this piece explores the intersection of past and present through installation art. Still at a conceptual stage it remains to be decided whether the work will involve physically painting the streets or projecting light down on them from above. 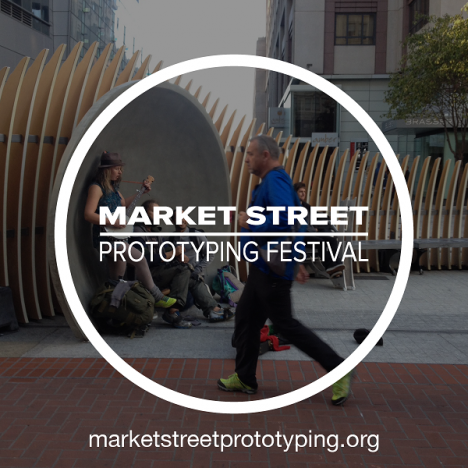 From project creator Emily Schlickman: “Every city has invisible histories embedded within its landscape. Up until the 19th century, ephemeral streams ran through nearly every valley in San Francisco, channeling rainwater to peripheral tidal estuaries. This project, ‘Ghost Arroyos’ seeks to reveal these forgotten waterways of the city through a simple, but powerful intervention. Visitors … will be invited to trace the path of the waterways while listening to a curated recording of hydrological soundscapes and oral histories.” 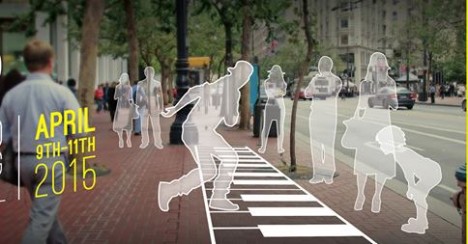 Emily is a designer living and working in the Bay Area. She is interested in the intersection of landscape processes, art, and systemic design and aims to incorporate these issues into her work. Hers is just one of dozens of crowd-selected projects set to line Market Street during the festival and spanning multiple neighborhoods.

CityLab writes more about the historical waterways of this urban environment: “There was once a time when San Francisco was glistening with creeks and arroyos, or streams that stay dry for part of the year. When Spanish explorers arrived in what’s now the Lower Haight in the late 1700s, they found a healthy brook and named it Fuente de Dolores. Down in the Mission there was a gulch whose water helped sustain cattle and crops. In 1878, the municipal government took another natural channel under modern-day Cesar Chavez Street and turned it into a sewer.” 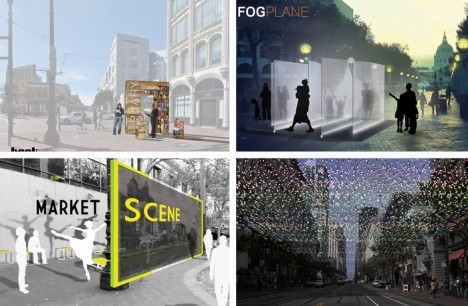 Some additional information on the festival itself (with a further video introduction above): “Market Street will transform into a public platform, showcasing exciting ideas for improving our famed civic spine and how we use it. Winning entries, as diverse and exciting as the people of San Francisco themselves, will be brought to life for three days along Market Street’s sidewalks, where millions of pedestrians from all walks of life will have the chance to experience, explore, and interact with the prototypes.” 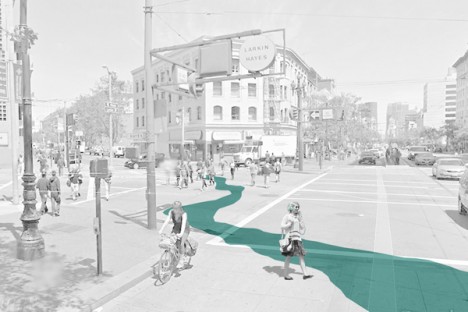 Like other projects in the mix, Ghost Arroyos is designed to be interactive and community-driven. “The goal of the Prototyping Festival is to unite diverse neighborhoods along Market Street, encouraging these vibrant communities to work with designers, artist and makers to build a more connected, beautiful San Francisco”