You can’t exactly fit a canoe through a narrow staircase in an apartment building, let alone take it on the metro, so for many sporty city dwellers, owning one may seem out of reach. Many canoes are so bulky, you can barely find enough space for them in a suburban garage. Playing with an origami canoe made of paper one day, Ghent-based designer Otto Van De Steene wondered whether a similar folding method translated to a sturdy, seaworthy material could help him get out onto the water more often. The result is ‘ONAK,’ a portable canoe that folds down to the size of a suitcase.

Working at an outdoor recreation store, Van De Steene had seen plenty of other portable canoe designs that he found lacking. “You have the canoes that have really good performance on the water – they’re fast, but they’re quite heavy and take an hour to assemble. Nothing to do in an evening after work.” 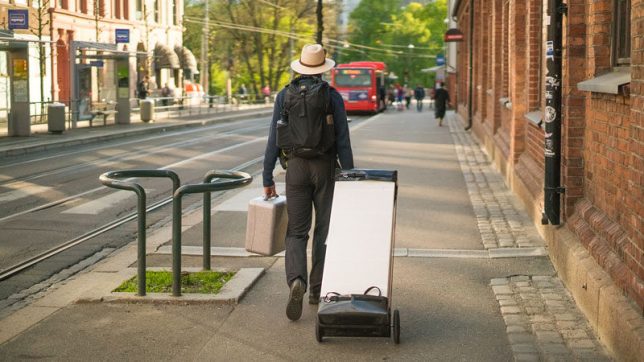 The Oru folding kayak had recently debuted, offering an intriguing possible solution, but Van De Steene thought its corrugated plastic construction could use an upgrade, and chose a custom-made polypropylene for his own design, explaining that it’s lighter and stiffer, improving the boat’s performance. About ten times as strong as standard polypropylene, the honeycomb-core composite material is also highly durable and fully recyclable. 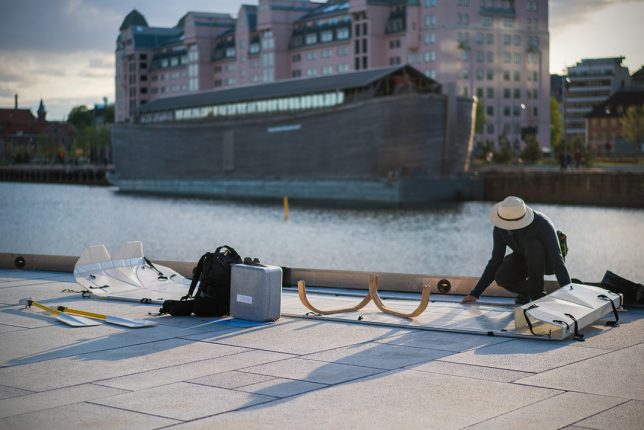 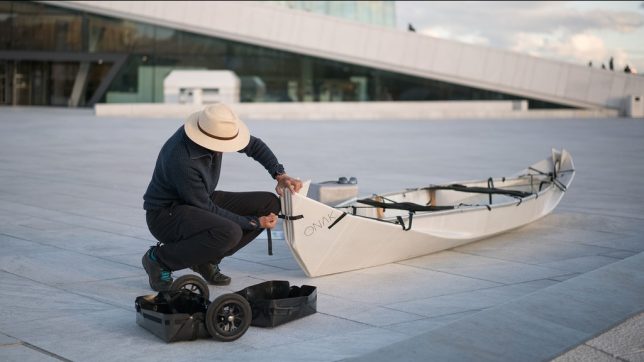 “By making hundreds of paper models and fifteen real prototypes, we also refined the design of our patent pending hull. This was a huge challenge due to the limitations of origami. We opted for a narrow and fast canoe design that keeps its momentum very well, while still being delightfully easy and stable to maneuver for beginners.” 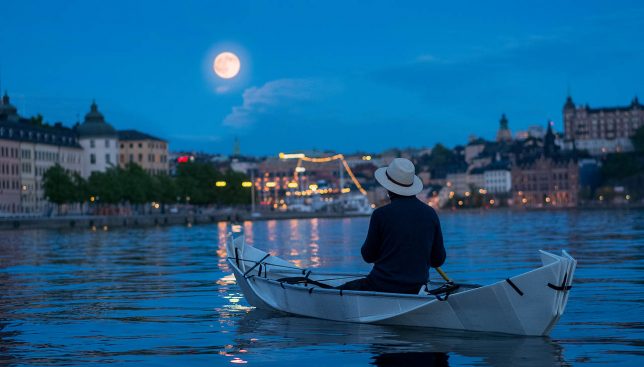 The Onak may not fold down quite as small as Oru, but putting it on wheels makes it easier to haul around. From its compact 47”x15.7”x10” roller case, it expands to 183” long by 33.5” wide, and can carry about 440 pounds. There’s enough room inside for two adults, a child and gear. The process of assembling or packing up the portable canoe takes about ten minutes. 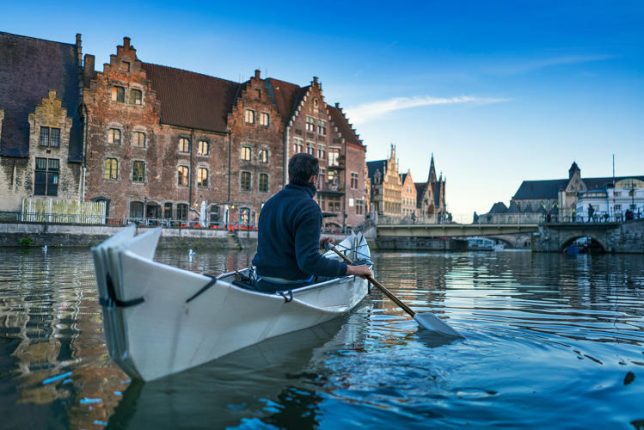 With just a couple days left on its Kickstarter campaign, the Onak has met its goal, but you can still snag one for significantly less than retail cost if you back the project in time. It’ll sell for about $1450 with two paddles once it hits the market.