A new housing project in Beirut uses flexible wall dividers in an unconventional way, allowing huge steel panels to slide into and out of the structure itself, animating the facade while partitioning space on demand. 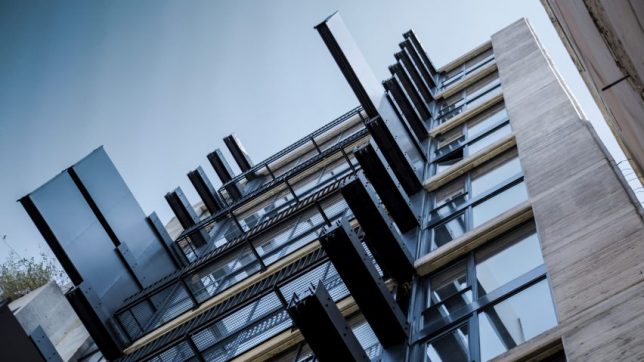 Designed by Fouad Samara Architects, these duplex ‘Modulofts’ units in the capital of Lebanon were modeled after a combination of classic open urban lofts and cozy contemporary homes, hence the spatial flexibility. 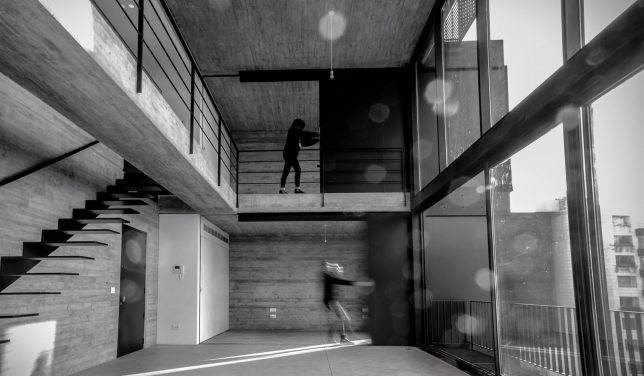 Each unit has a pair of rooms overlooking a main living and dining area which can be opened up by day, the steel partitions serving as shades, and closed at night for privacy, or reconfigured for dinners and parties. 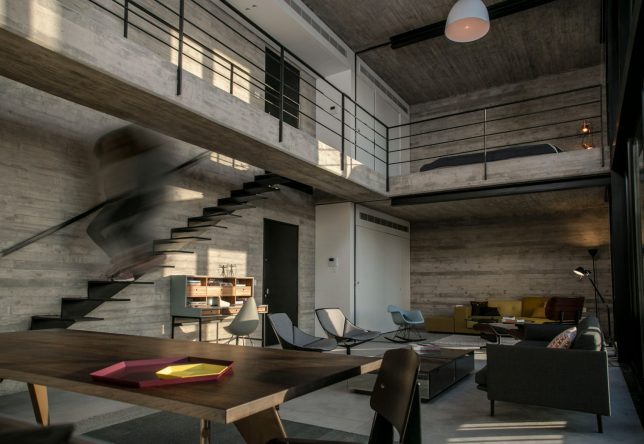 The adaptable interior can be configured in sixteen different ways, explain the architects, via a combination of four sliding walls that divide the bedrooms as well as separate living and dining, study and television spaces on the lower level. 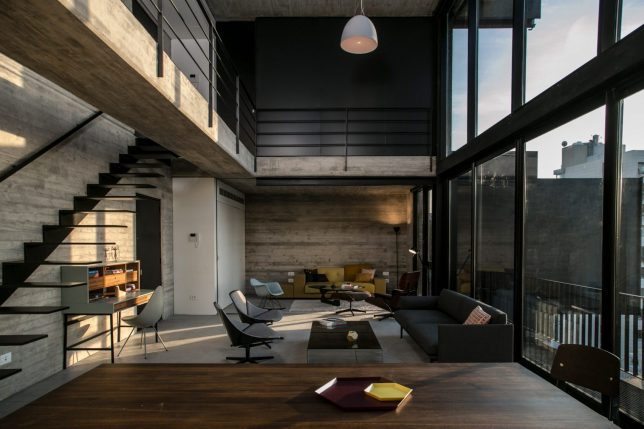 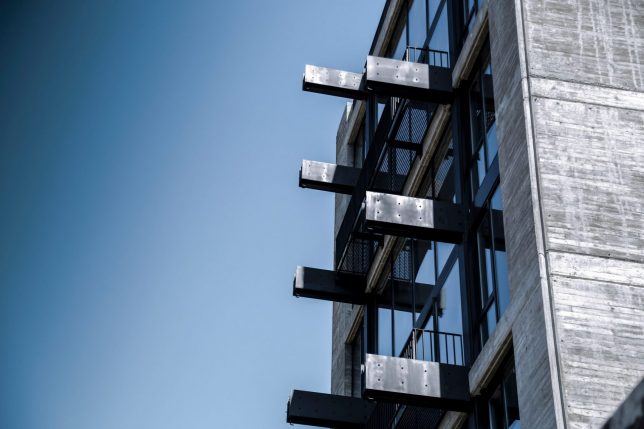