Translucent jellyfish put on a serene display in the window of a derelict shop, ghostly images of long-dead patients seem to haunt a disused hospital and surreal oversized spider webs appear in the basement of an old factory in these 15 eerie installations bringing art and design to abandoned places. 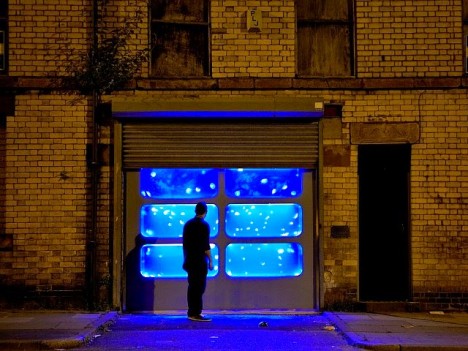 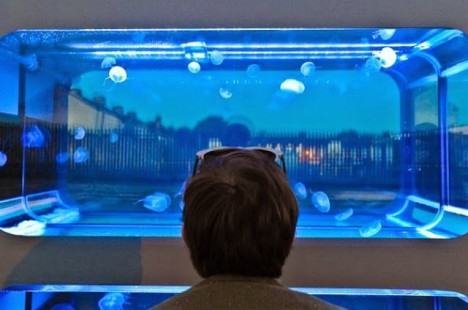 A glowing blue tank full of eerily floating jellyfish is probably one of the last things you’d ever expect to see in an abandoned shop window. Artists Walter Hugo and Zoniel built this striking aquarium as part of the Liverpool Biennial, inserting it behind the shutter of the derelict building. The installation, entitled “The Physical Possibility of Inspiring Imagination in the Mind of Someone Living” was not promoted in any way so people could come across it on their own and experience the wonder of such a discovery. 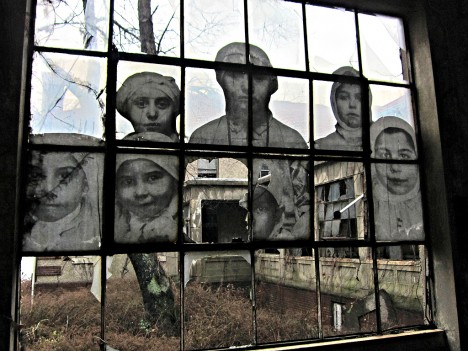 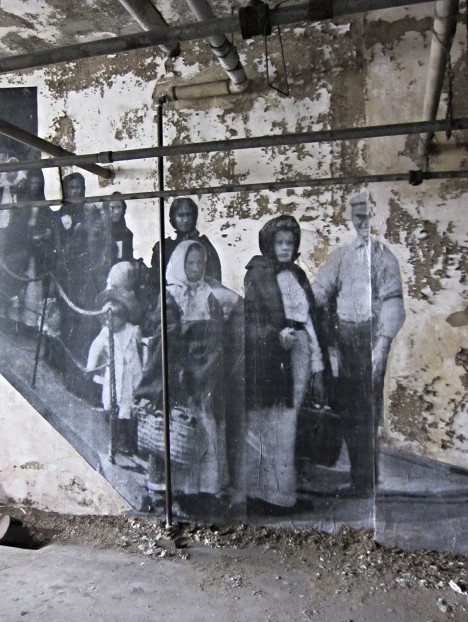 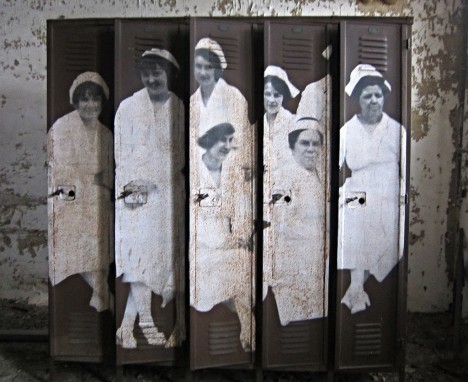 The ghostly images of the very same nurses, doctors and patients who once roamed the halls of Ellis Island’s immigrant hospital remain in the building like a psychic imprint thanks to an installation by French street artist JR, who installed paste-ups of archival photographs. The hospital treated 1.2 million immigrant patients between 1901 and 1954, when it was abandoned, and has since been re-opened to the public. The exhibit is entitled ‘Unframed – Ellis Island’ and will remain in the building as it continues to decay (photographs by Allison Meier of Hyperallergic.) 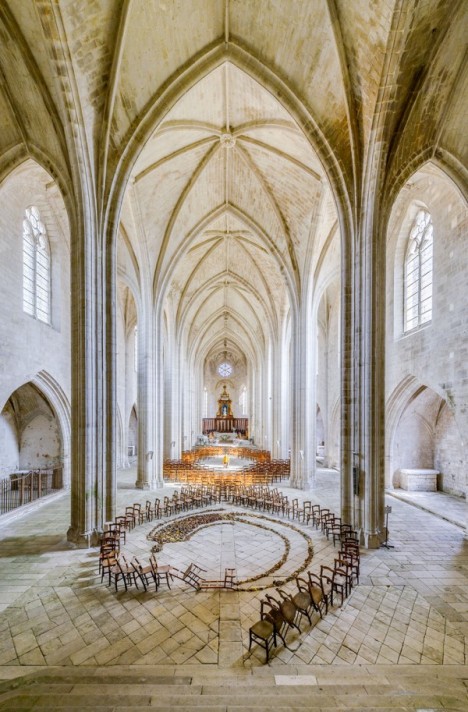 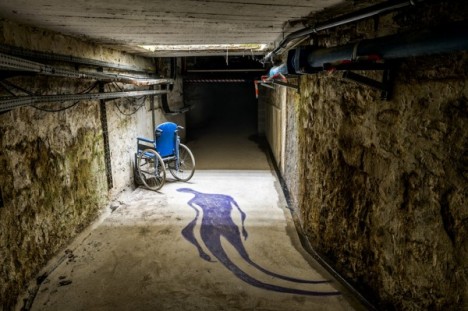 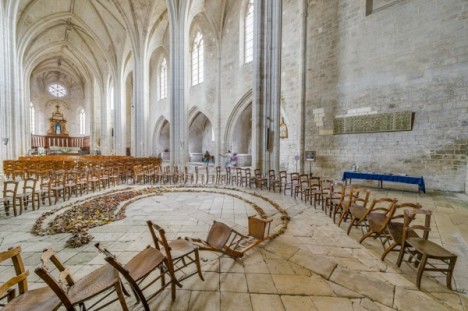 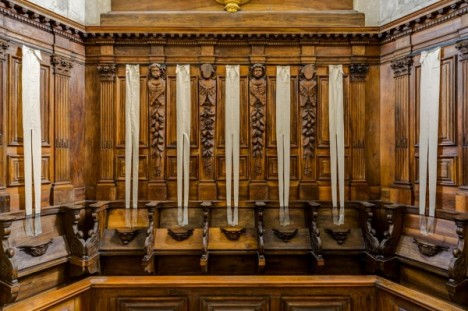 Painted shadows floating around in an abandoned mental hospital in Italy aren’t the only evocative and subtle works that Herbert Baglione has completed in derelict places. The Brazilian artist also brought his signature figures to a 16th century church in Celles-sur-Belle, France. Says Baglione, “The ‘reading’ of these places allows me to take the shadow to a unique path, which usually feeds and broadens the discussion because it brings light to the abandoned environment, and so I put the name of this series as ‘The path that the soul takes.’ The idea for the name came from a conversation I had with my brother ‘William Baglione’ about the places to do these installations. It is as if the soul is leaving an invisible trail on these places.”

Trampolines Suspended in an Abandoned Mine 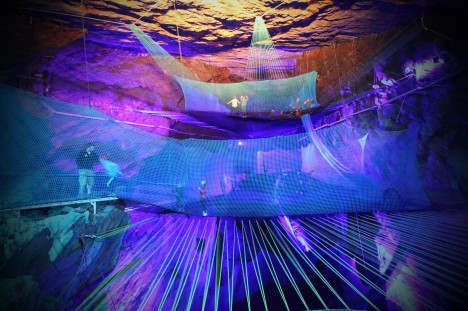 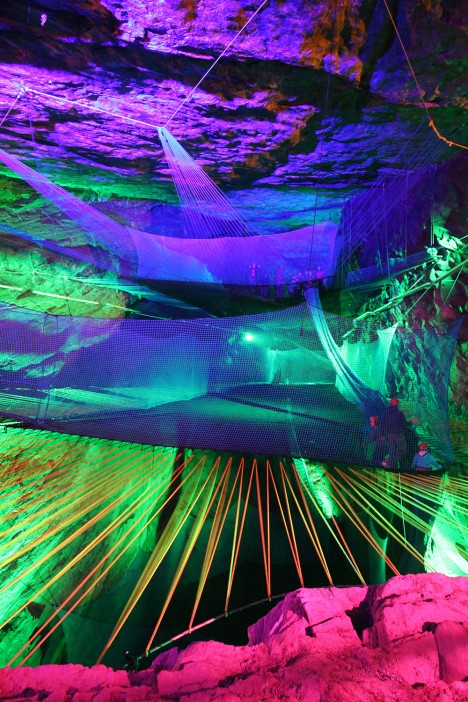 An abandoned Welsh slate quarry twice the size of St. Paul’s Cathedral is now home to a rainbow-hued installation of nets as part of Bounce Below, the world’s largest underground trampoline. The new tourist attraction features three gigantic trampolines ascending to 180 feet above the floor of the cavern, with ten-foot net walls keeping anyone from bouncing right out.

Abandoned houses served as some of the unsettling locations that make up the backdrop for ‘Circle of an Abstract Ritual,‘ a stop-motion time-lapse by artist Jeff Frost. The film was created using time-lapse photography – no special effects or graphics were added.