Impatient pedestrians eager to get across the street stop, point and laugh when they realize that the usually-static human figure in the crosswalk signal is dancing maniacally, waving its arms and legs. Not only is the figure dancing, it’s mimicking the real-time movements of passersby in a nearby booth. 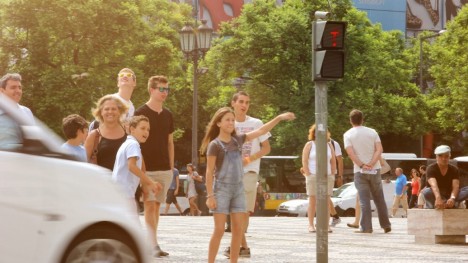 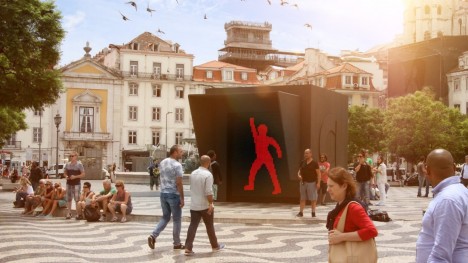 The ‘WhatAreYouFOR’ campaign by Smart aims to make intersections safer by providing some attention-getting entertainment.

The people waiting to cross often can’t help dancing right along with the little figure, unaware that a real person is busting moves in an adjacent plaza, their dancing captured on camera and translated into the red pixelated silhouette. 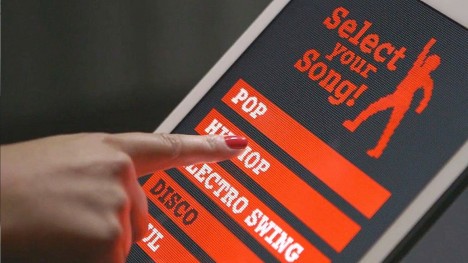 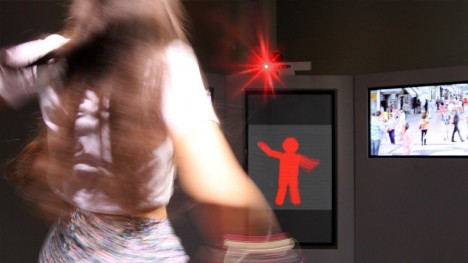 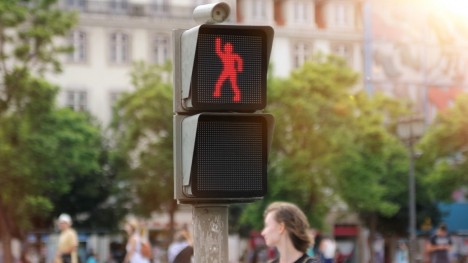 As a result, according to the creators, 81% more people stopped at the red light, increasing safety all around. “And they even had more fun doing so.”