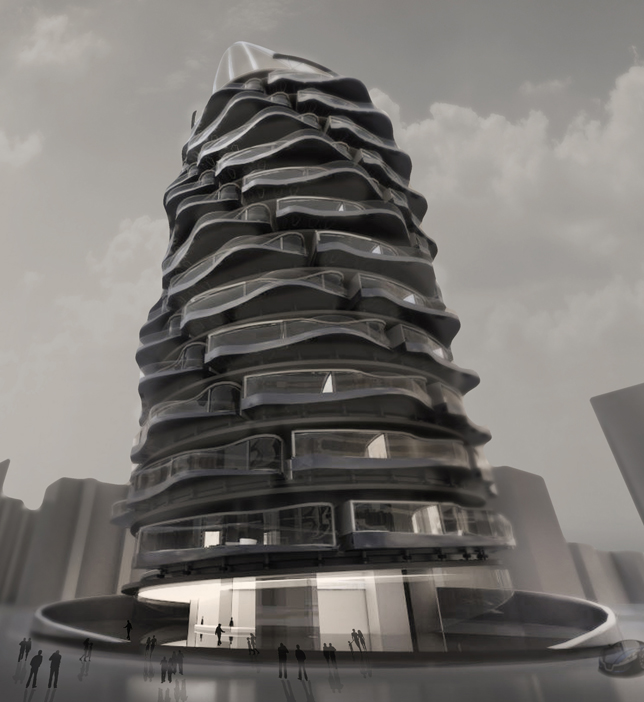 Spinning structures is not new territory, but shifting units around vertically as well as in horizontal circles is a fresh dimension of novelty with a likewise refreshed sense of purpose – to make housing truly fair for everyone, giving each person some time at (and views from) the top. 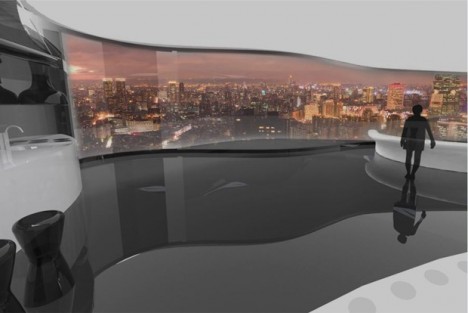 Every since the elevator shifted the top floors from being least to most desirable in cities, real estate prices have reflected the relative values of these spaces. With this alternative arrangement proposed by designer Shin Kuo, each unit would take turns being on top as well as facing each different direction. 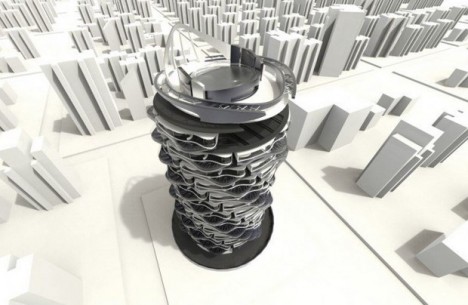 A lot of engineering is required to make such a thing work, from detachable infrastructural connections to prescribed times and safety locks for rotation (please keep limbs inside your home!).

Part of what makes the solution so intriguing is that it conceives of architecture like a product of industrial design – something that can be fundamentally improved upon through rethinking even our most basic assumptions. 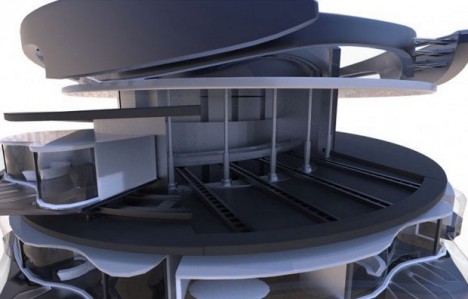 Still, at least one big question remains: given the upfront and ongoing costs of making this whole thing work, who will ultimately be able to live in such a structure, which presents itself with such an egalitarian purpose? It may simply be ahead of its time – if more modular modes of plug-and-play dwelling become the norm, such infrastructure may also come to be more commonplaces (and come down in cost).