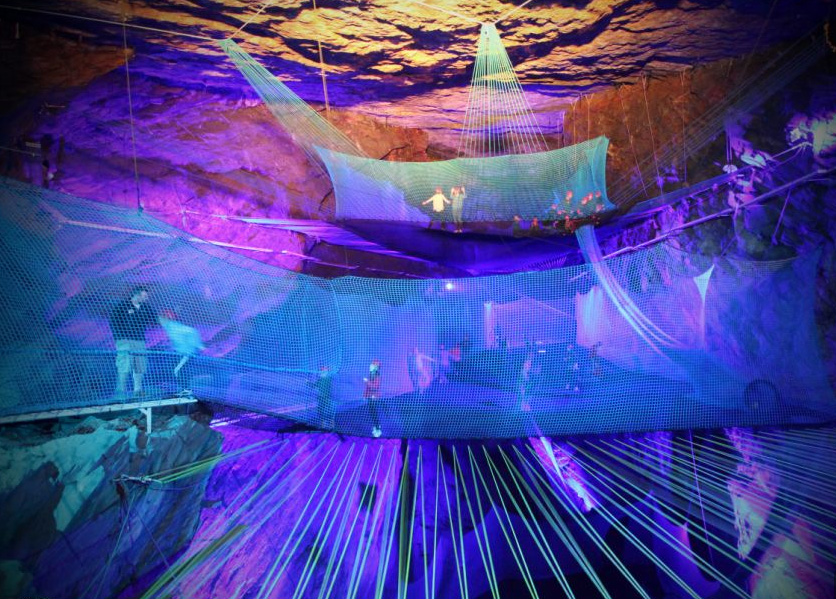 Deep in a former Welsh slate quarry mining cavern twice the size of St. Paul’s Cathedral, children and adults alike gleefully jump up and down on a system of netting suspended from the walls. Bounce Below, the world’s largest underground trampoline, will open to the public July 3rd in the mining town of Blaenau Ffestiniog. 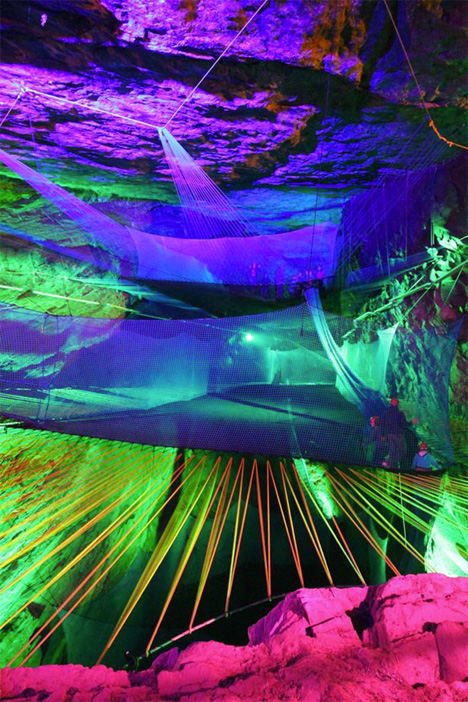 Operated by Zip World, the new tourist attraction features three massive trampolines that ascend from twenty feet to 180 feet above the bottom of the cavern, with ten-foot net walls preventing anyone from falling over the edge. Customers get dressed in cotton overalls and put on helmets, then board a train that travels deep into the mountain. 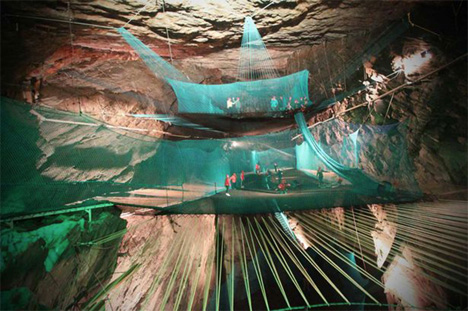 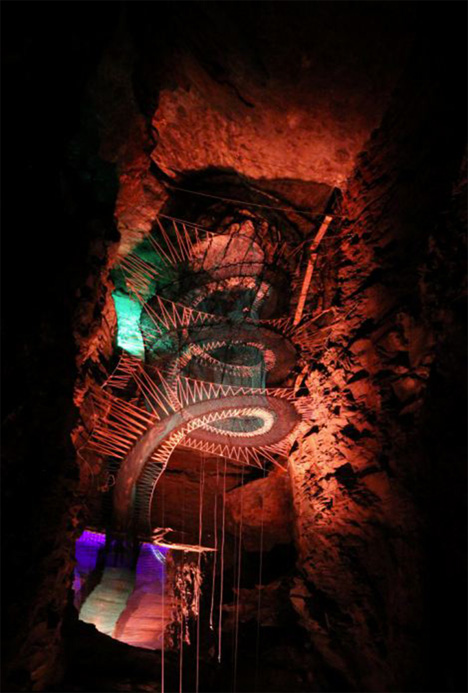 They disembark to the sight of the trampolines within the colorfully lit space. Each trampoline is linked by a slide for descending and a net walkway for getting back up. The largest slide is 60 feet long. A spiral staircase leads to the other side of the railway line. 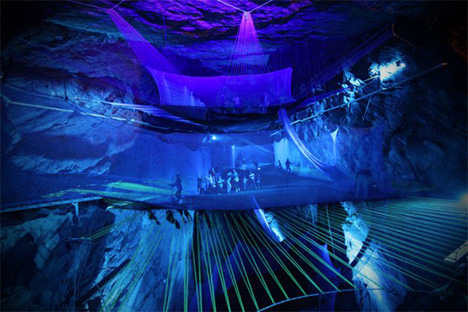 Workers prepared the space by carrying about 500 tons of rubble out of the cavern, the task illuminated with portable lamps. The mining of slate in Wales dates back to Roman times and the industry peaked in 1898 with 17,000 employees, but by the end of World War II, the introduction of new roofing materials led to many of the mines closing.