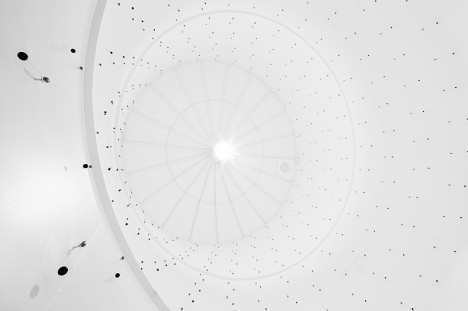 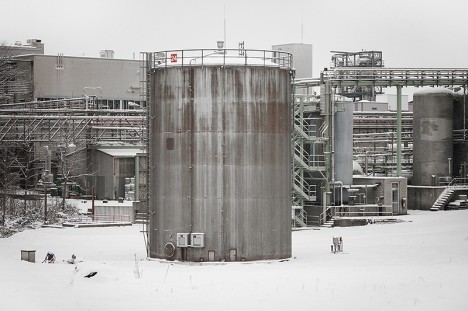 Who would ever guess at the wonder held inside this rusting chemical tank in Dottikon, Switzerland? Sound artist Zimoun created ap ermanent installation using 329 of the artist’s own trademark sound-creators “exploring mechanical rhythm and flow in prepared systems.” The works, the artist explains, “articulate a tension between the orderly patterns of Modernism and the chaotic forces of life.” 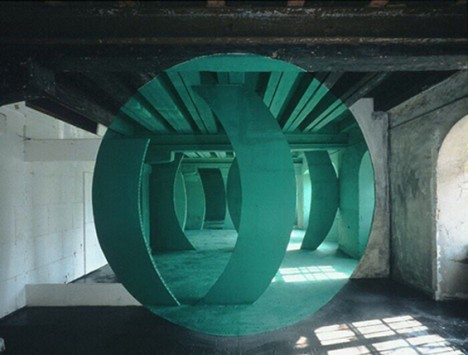 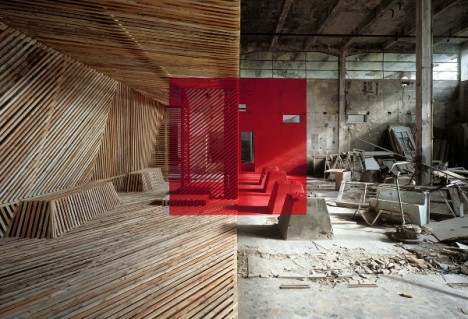 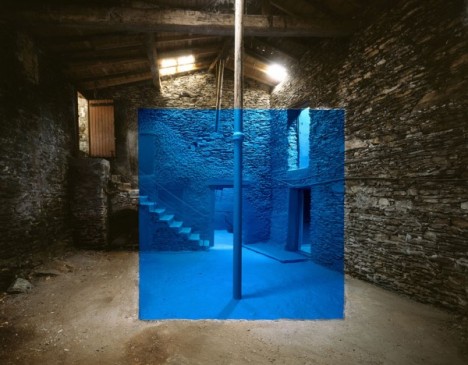 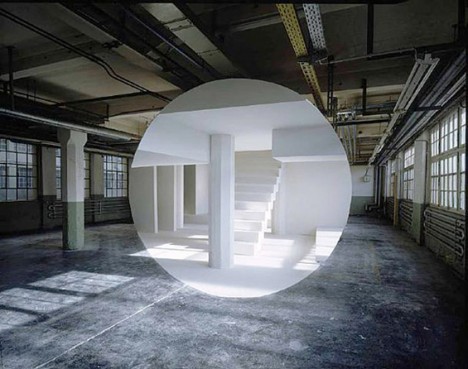 French artist Georges Rousse has been painting perspective installations in abandoned and soon-to-be-demolished buildings for decades, adding color to only select surfaces in a manner that seems chaotic until you stand in one particular spot. Says the artist of his works, “The convergence of these spaces goes beyond a visual game: Like a hall of mirrors, enigmatic and dizzying, it questions the role of photography as a faithful reproduction of reality; it probes the distances between perception and reality, between imaginary and concrete.”

Equine Art from an Abandoned Bunker 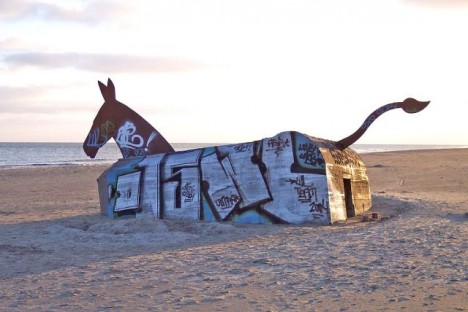 Abandoned bunkers have been adapted into all sorts of things, from tea houses and hotels to art galleries, but those are typically officially sanctioned projects. This one, by artist Bill Woodrow, transforms the exterior of a bunker on the beach in Denmark into a giant horse. When the tide is high, the horse appears to be swimming. 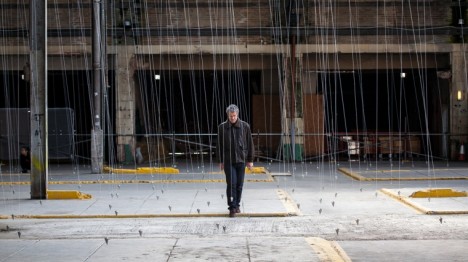 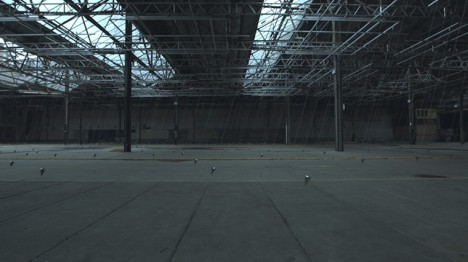 Pendulums swing from the ceiling of an abandoned market space in a dizzying choreographed display by artist William Forsythe entitled ‘Nowhere and Everywhere at the Same Time No. 2.‘ The exhibition invites visitors to time their steps between the pendulums, creating a sort of dance. 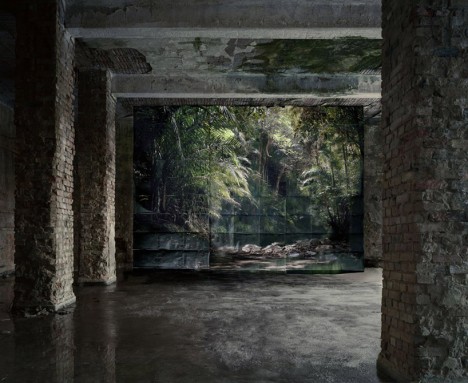 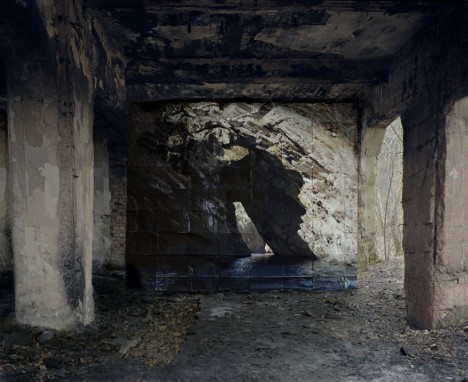 Nature often makes its way into abandoned places whether we humans like it or not, but artist Noemie Goudal speeds the process along a bit with ‘Haven Her Body Was,’ an exhibit inserting large-scale prints of nature scenes into ‘discarded industrial settings.’