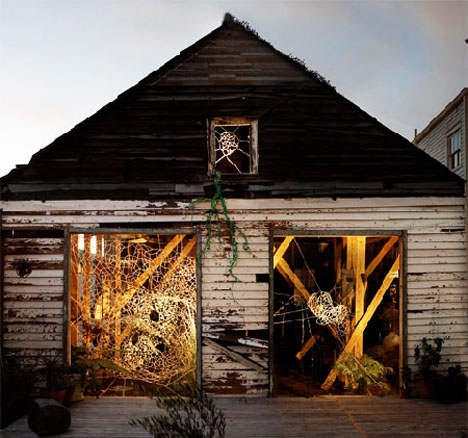 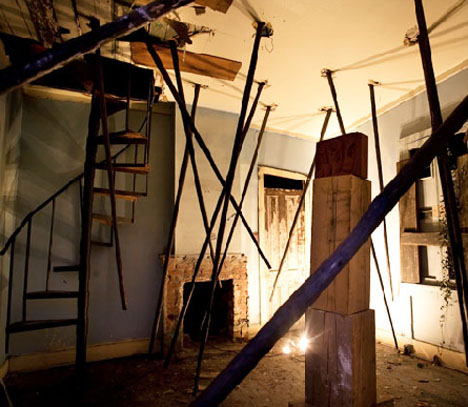 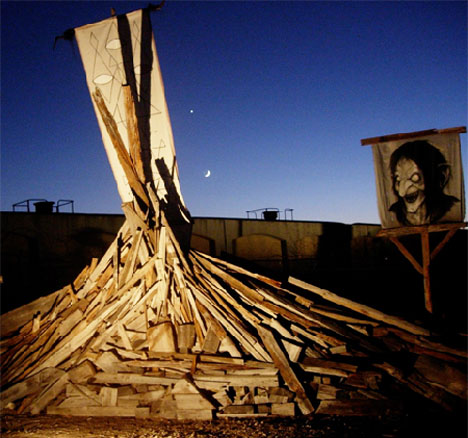 Homes that were destroyed by the effects of Hurricane Katrina stood abandoned in New Orleans long after the floods receded, but a group of artists collectively known as KKProjects sought to enliven them again with thoughtful art installations. The group took over a former bakery, a storefront and four 1800s houses to turn them into “art projects involving the greater social ecosystem… to cultivate creativity and inspire the hearts, minds and economy of the St. Roch neighborhood and its visitors.”

Optical Illusions by Ella and Pitr 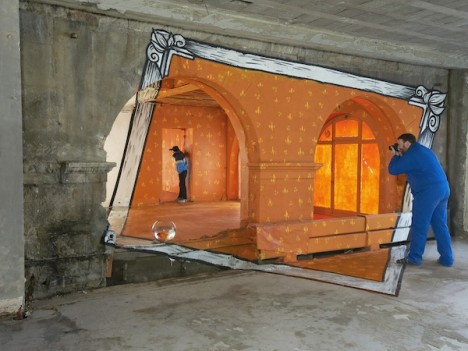 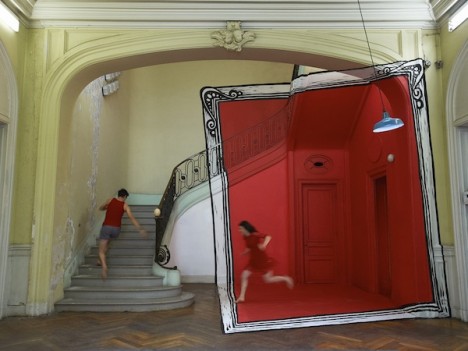 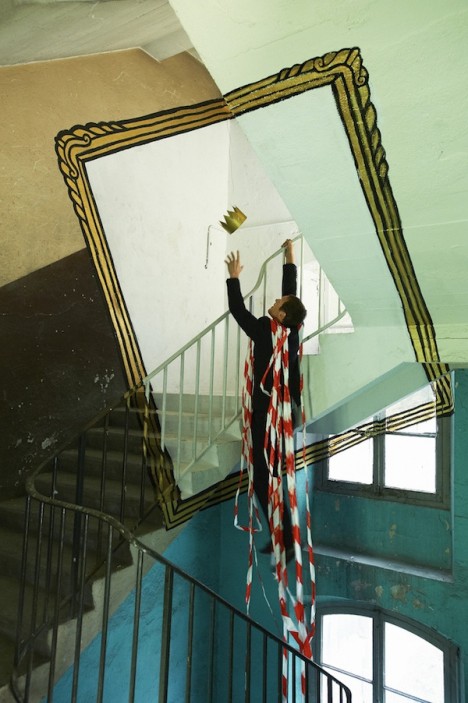 French street artists Ella and Pitr team up to create light-hearted and fun installations in derelict buildings throughout Saint-Étienne, with colorful oversized picture frames seeming to offer a portal into a different place altogether. 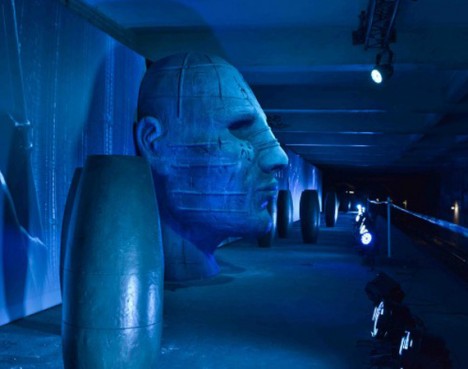 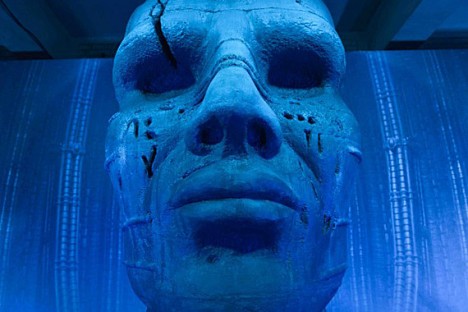 It may have been created as part of an advertising campaign for the Ridley Scott film Prometheus, but this installation in the abandoned Saint-Martin metro station in Paris is undeniably eerie. The station was altered to resemble the extraterrestrial cave explored by the crew in the movie. Though commuters couldn’t disembark at the disused station, they caught glimpses of it throughout he windows as the train passed through the station. 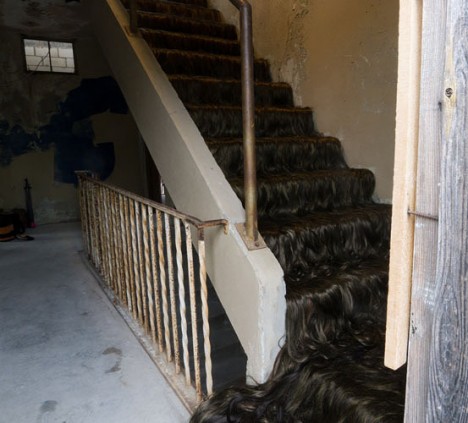 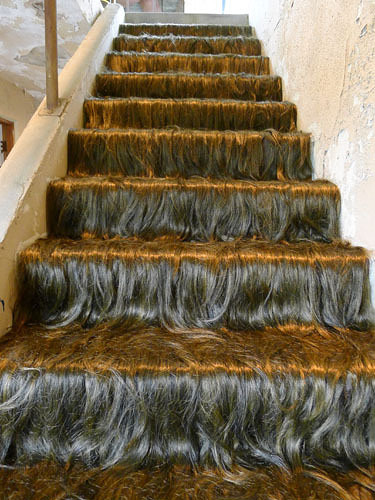 Any urban explorers who decided to take a look inside the Mountannaire Hotel of Hot Springs, Arkansas in 2011 would have had quite a shock when they encountered this particular set of stairs. ‘Hairy Staircase’ is an installation by artist Jessica Wohl, requiring pound after pound of synthetic hair. “I’m interested in the secret lives of people and structures, and in this case, wanted my work to exemplify the life that was temporarily being brought into these abandoned buildings,” the artist told It’s Nice That. “My installation implies growth in this dead space, and if growth is implied, so too is life.” 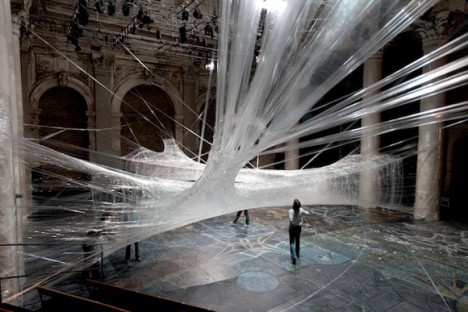 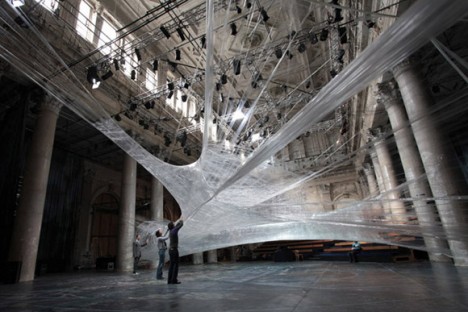 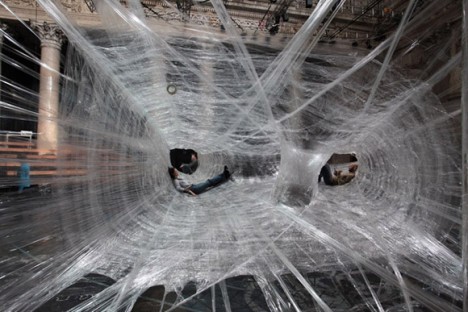 Design firm Numen/For Use is best known for its bizarre tunnels made of packing tape, resembling the webs of a nightmarishly oversized spider. While these installations are often set inside galleries, the Viennese/Croatian collective also stretched 117,000 feet of it inside the basement of an abandoned factory for the 2010 Vienna Design Week.