Painted pump jacks with plenty of personality put the “pet” into petroleum at the venerable and vanishing Iron Zoo in and around Coalinga, California. 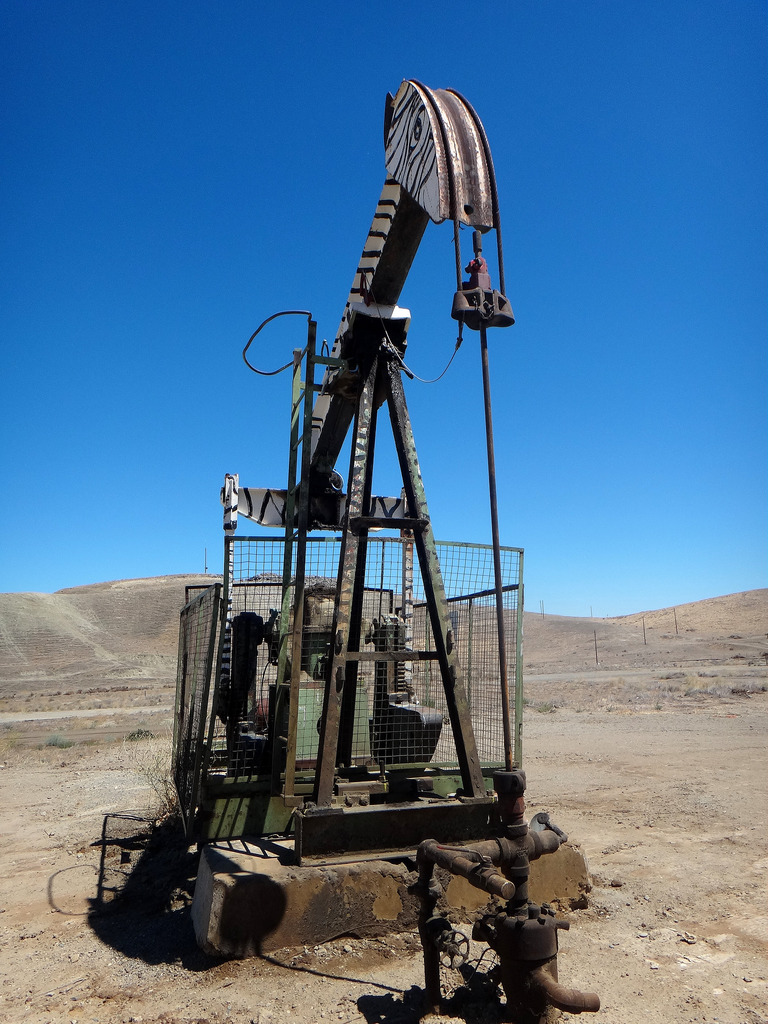 Formerly known as “Coaling Station A”, the town of Coalinga in Fresno County hitched its wagon to a different type of fossil fuel once the Coalinga Oil Field was discovered in the late 1880s. The subsequent oil boom peaked in the 1910s with pump jacks and steam injectors gradually replacing derricks. By the late 1960s one couldn’t swing a cat without hitting a pump jack… sparking a brainstorm in one Coalinga-area resident who wondered how the ubiquitous “nodding donkeys” could work for the greater good. Or at least, for her greater good. 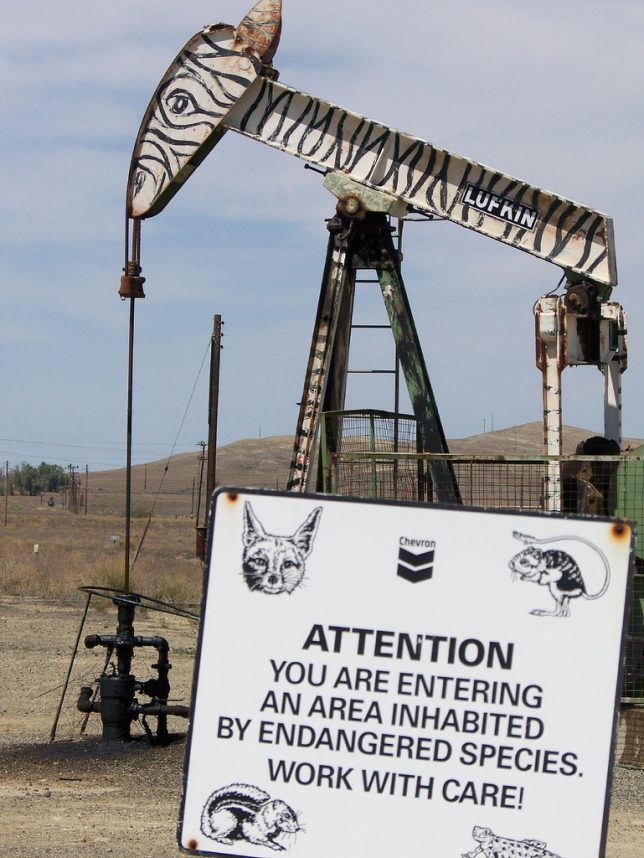 Jean Dakessian Jones and her husband owned a motel that – due to the recent opening of Interstate 5 – was vacant more often than not. Jones knew she had to find some way to attract more traffic (literally) to their motel. Inspiration struck in the form of the pump jacks, whose form & function lent itself to artistic modification. “I had never seen oil pumps like those,” recounted Jones, “and my imagination saw them as all kinds of creatures. I thought that if people came off the freeway they would see a painted pump, go a little farther to see the next one, and on and on until they made it to Coalinga and saw our wonderful and inviting motor lodge. It worked!” And with that, the “Iron Zoo” was born. 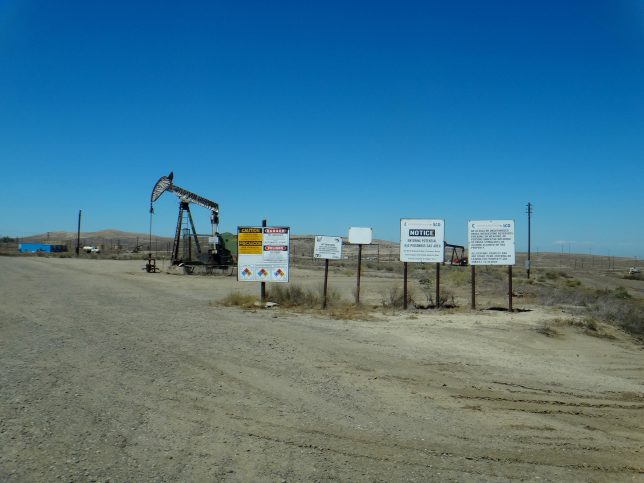 Many of Jones’ painted pump jacks are off the beaten path with the most-photographed example – the zebra – being the most accessible. The images above were snapped by Flickr members Emerald Wu (whiteskylight) and 1Flatworld in 2013 and 2007, respectively. Note the ominous confluence of warning signs… it may be smelly but this is definitely not your average zoo! 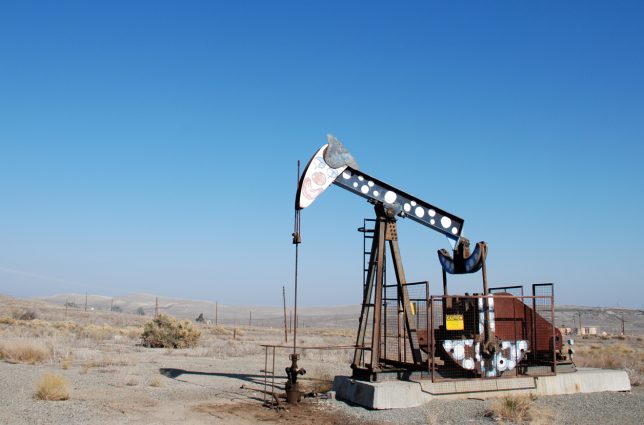 To say the Iron Zoo had humble beginnings would be an understatement – it started with a single painted pump jack. Of course, the pump jacks weren’t Jones’ property and trespassing laws are rigorously enforced both for the safety of the public and to protect the companies from legal liability. Flickr member David Cohen (zampano!!!) captured this somewhat disturbing clown (aren’t ALL clowns somewhat disturbing?) in December of 2007. 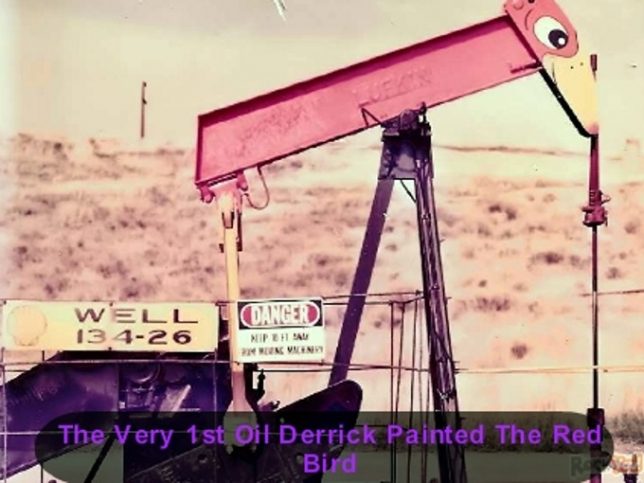 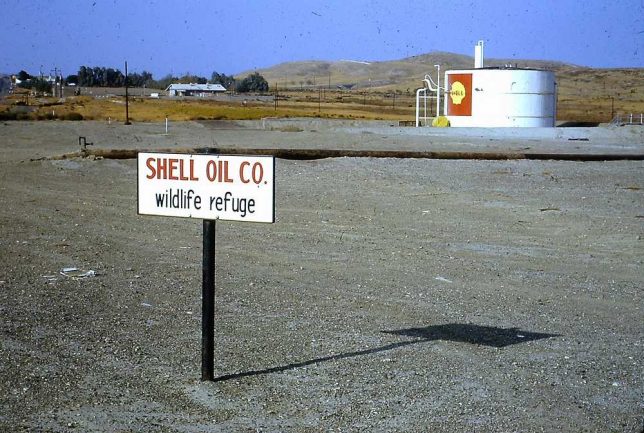 Jones played by the rules and in 1971 she contacted Marshall Newkirk, site manager for Shell Oil in Coalinga. To her surprise and delight, she found an ally in Newkirk. “After I painted the first one,” explained Jones, “he ran it by the head office and they gave me the green light to continue.” 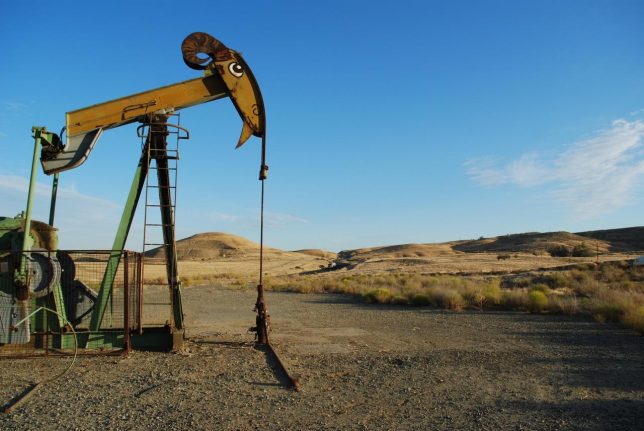 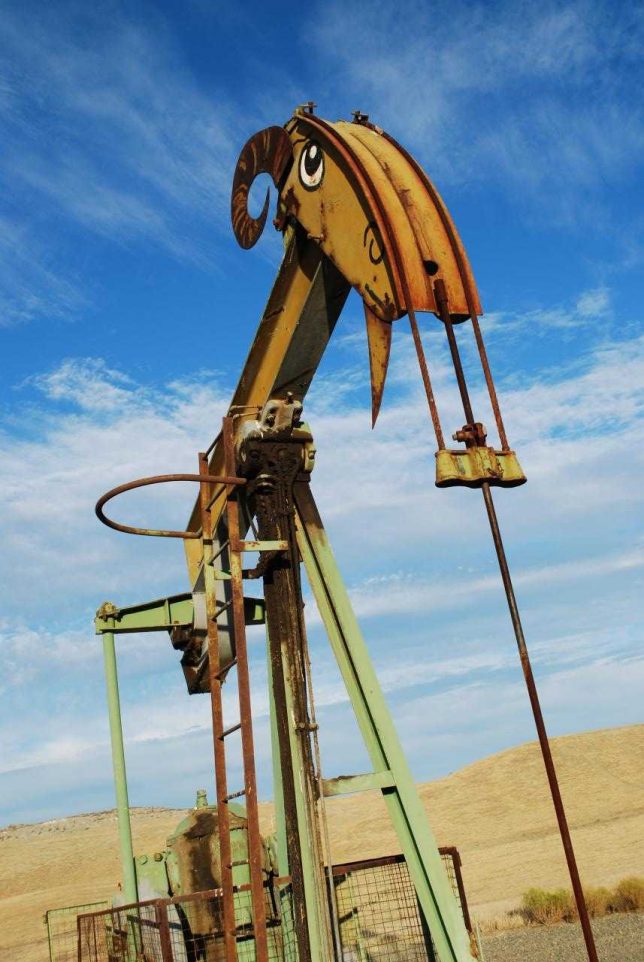 Not only did Shell approve of Jones’ plan, they even chipped in to cover the cost of the paint – no small expense considering the company owned 23 pump jacks. By mid-1973, Jones had painted all of Shell’s pump jacks… and boy, were her arms tired. Flickr member Arlette captured the above bobbing goat in September of 2009.