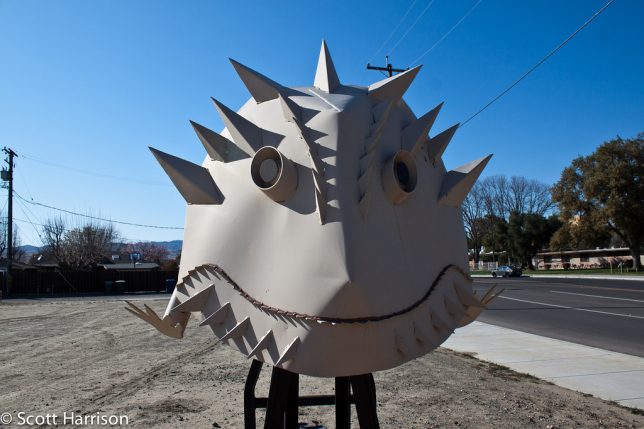 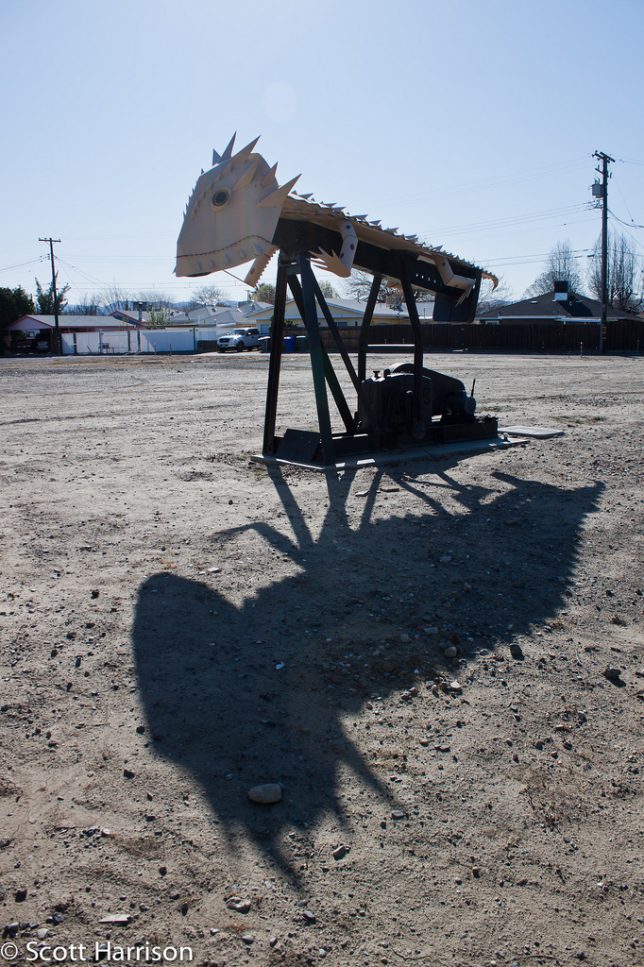 Coalinga is situated near one of the more active portions of the infamous San Andreas Fault and on May 2nd of 1983, a 6.5-magnitude earthquake struck the town and the surrounding area. More than 300 homes and apartment buildings were destroyed while over twice that number were badly damaged. Some of the Coalinga Oil Field pump jacks incurred damage as well and although Jean Dakession Jones wasn’t obliged to repair them, she did take the opportunity – with the help of the local Boy Scout troop – to provide some light refurbishment to any affected artwork. As can be seen above in these images snapped by Flickr member Scott Harrison (harrysonpics) in 2012, some of the pump jacks sport physical mods that enable their transformation into, in this case, a giant horned toad. 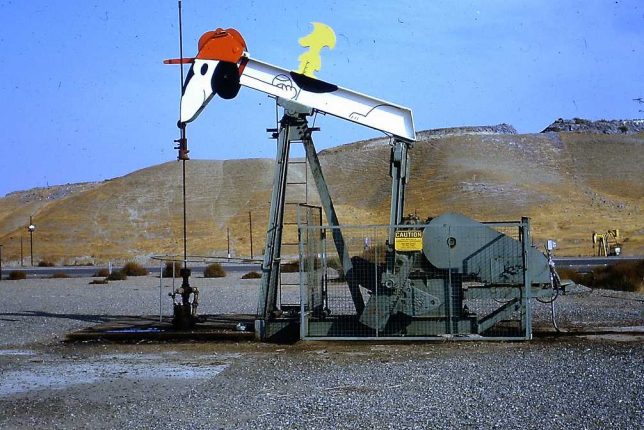 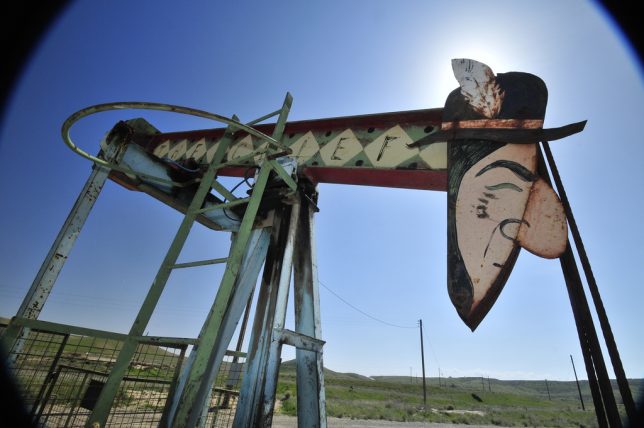 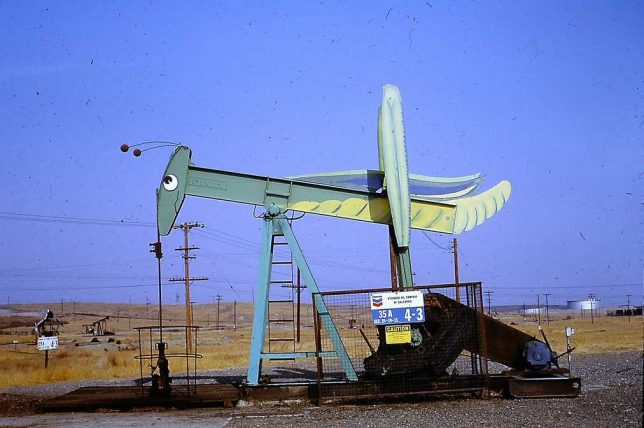 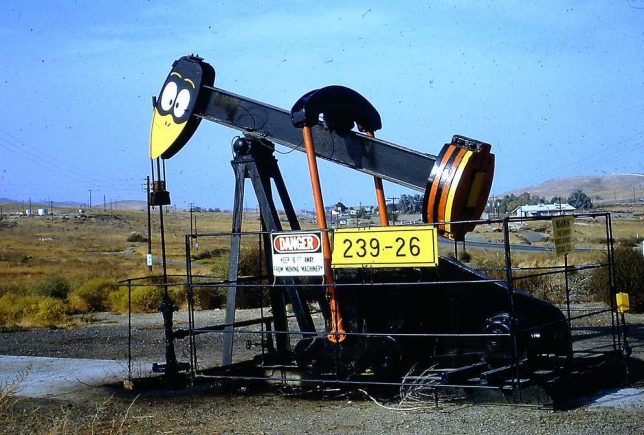 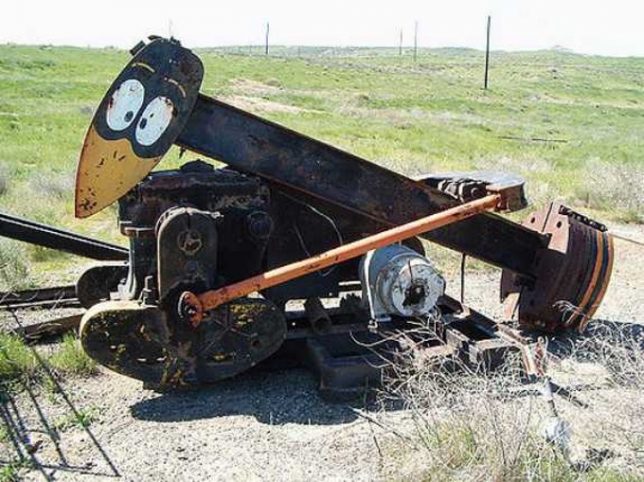 Almost one billion barrels of oil have been pumped from the Coalinga Oil Field since the 1880s and it’s estimated only six percent of the field’s original capacity remains. Enhanced recovery techniques such as steam injection are only hastening the day when the field is completely exhausted. As such, a growing number of the Iron Zoo’s painted pump jacks have been shut down and disassembled. The grasshopper above was one of the first to go; the magpie followed in 2004. Like the petro-economy, it seems these petro-pets are destined to go down in history.