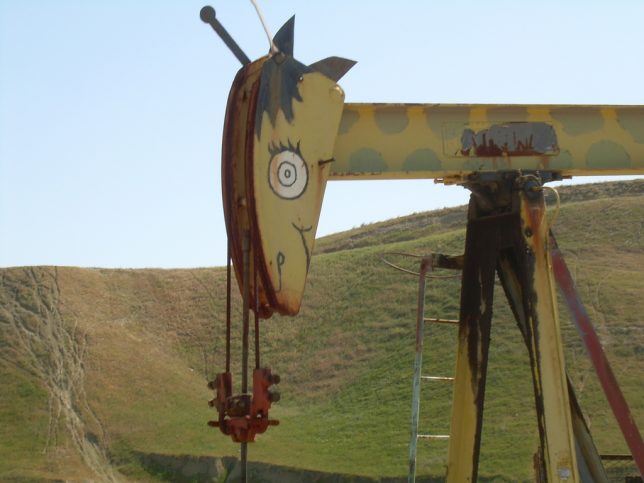 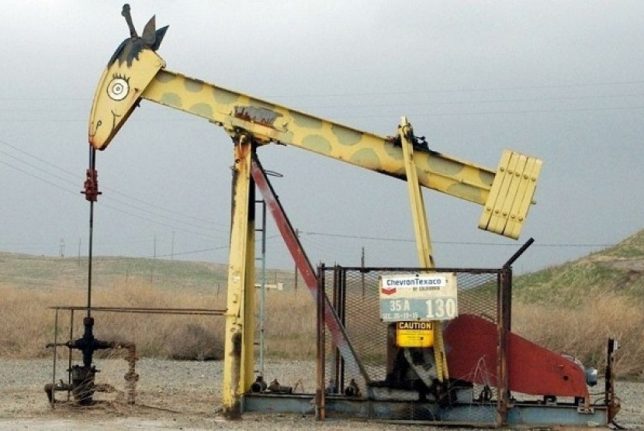 From the very first gusher, the Coalinga Oil Field had never been monopolized though Standard Oil did their best (or worst) to drive out the small independent operators. After 1911 when Standard Oil was broken up by “trust-buster” Theodore Roosevelt, the field was exploited piecemeal by a number of companies including Chevron, who operated 34 pump jacks in the early 1970s. One of them was this whimsical giraffe, photographed by Flickr member Touchstone12002 in March of 2008. 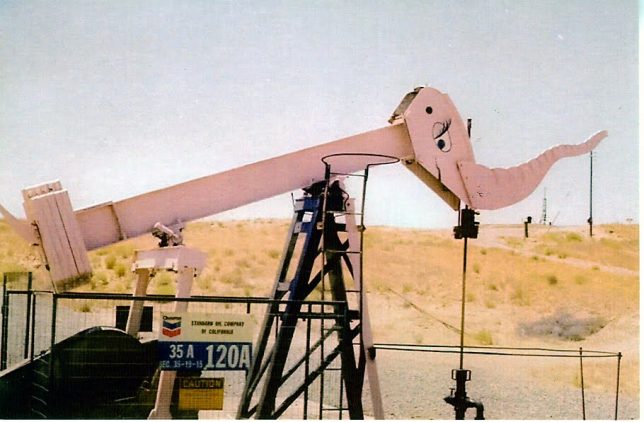 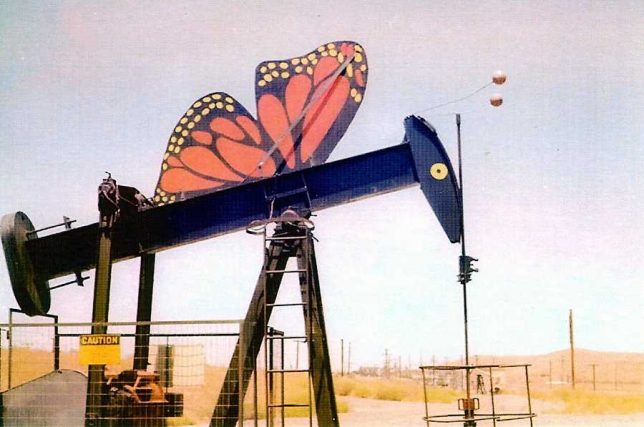 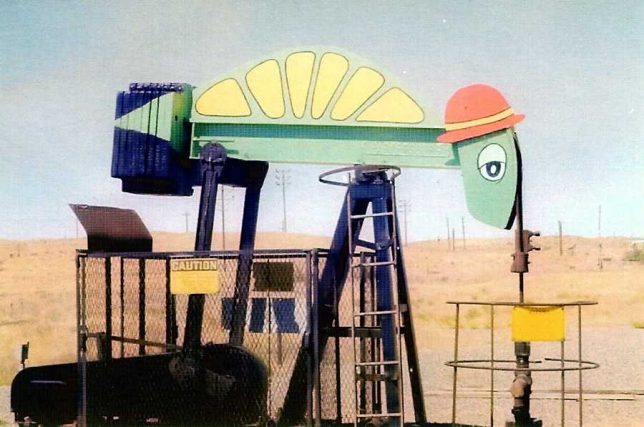 Painting 23 pump jacks was a back-breaking endeavor for Jean Dakessian Jones; the thought of making over Chevron’s 34 “thirsty birds” was a daunting proposition unless she applied some creativity. In the event, Jones organized a competition for local artists who submitted designs for one or more of the 34 available pump jacks. Winners were welcome to paint their pump(s) but if they didn’t feel up to the task, Jones would step in and paint it for them. The contest galvanized the community: “Families came out on the weekends, even the mayor and his family painted one,” according to Jones. 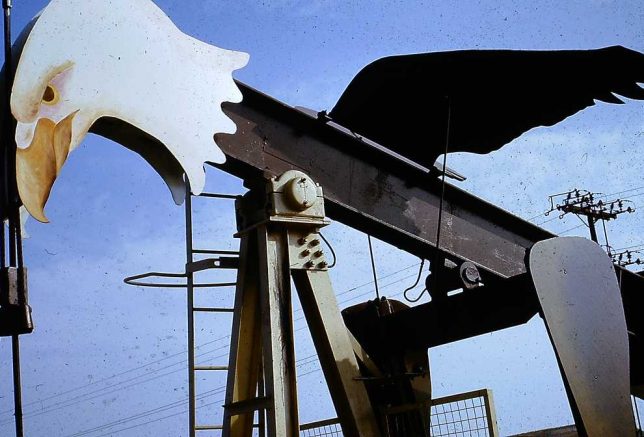 “The response to the project was overwhelming,” recalled Jones. “I never thought of ever getting any publicity for such a thing. I just wanted people to come down the road to our place of business.” As the Iron Zoo grew, word of it spread and tourism – practically nil up to then – got a welcome boost. Flickr member j4zberg stopped by to snap the bald eagle pump jack in action during a family vacation in 1974. 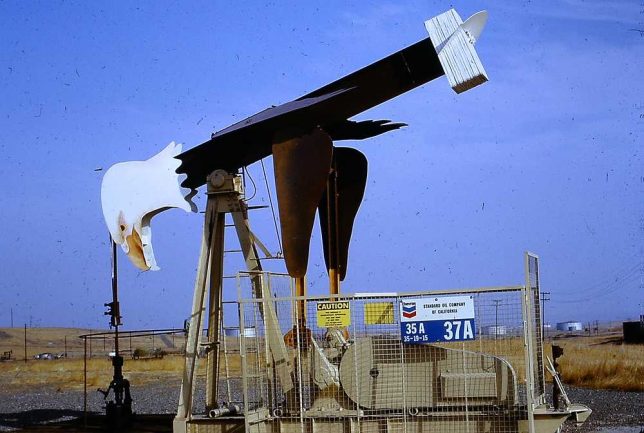 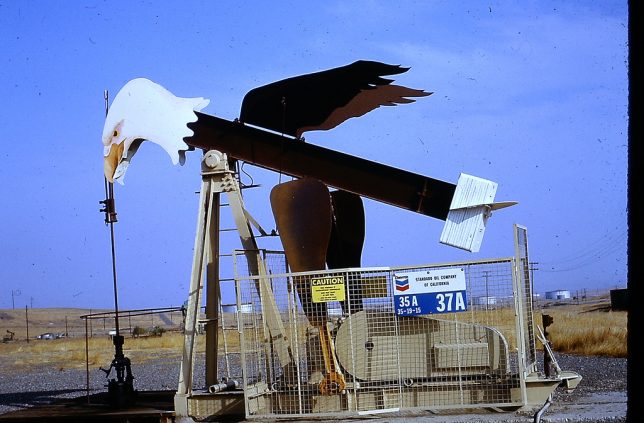 Coalinga’s and Coalingans’ self-esteem enjoyed a boost as well. “It was such a great time,” adds Jones. “The people looked forward to seeing a new pump being created. Teachers took the students on field trips. People would gather there (‘meet me at the zebra after the game tonight’).” It’s safe to say the Iron Zoo shook up Coalinga but some serious shaking was yet to come.