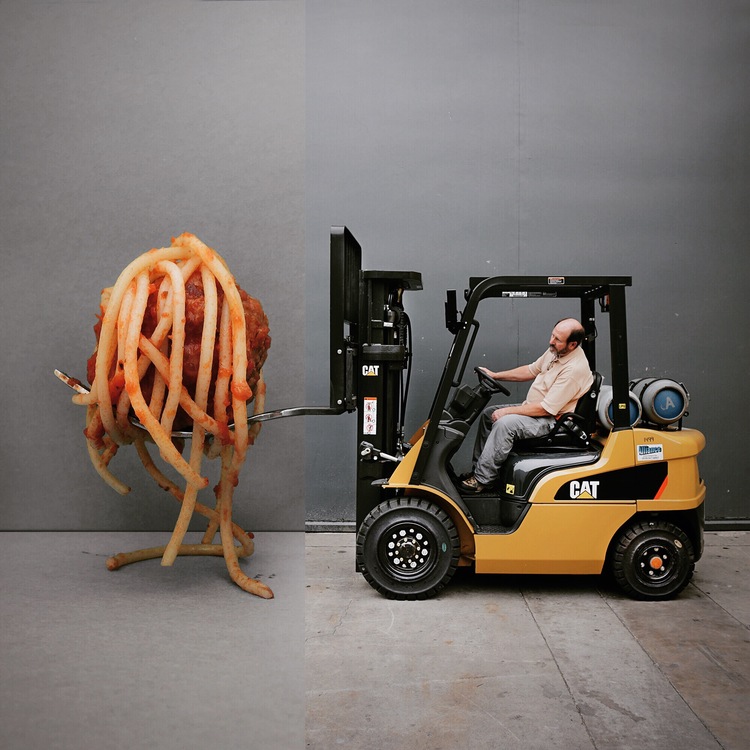 Skiers land jumps on ice cream cones, construction equipment struggles to transport oversized hot dogs and jet-powered seagulls zoom through the sky in a series of surreal photographic collages by Stephen McMennamy. Creative director of the advertising agency BBDO, McMennamy takes original photos of everything from meatballs to hand grenades and puts them together in unexpected ways, calling the results ‘combophotos.’ 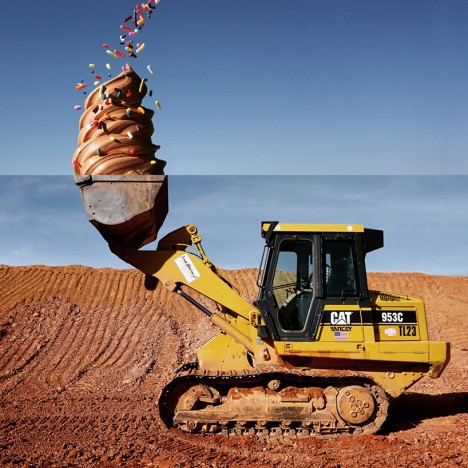 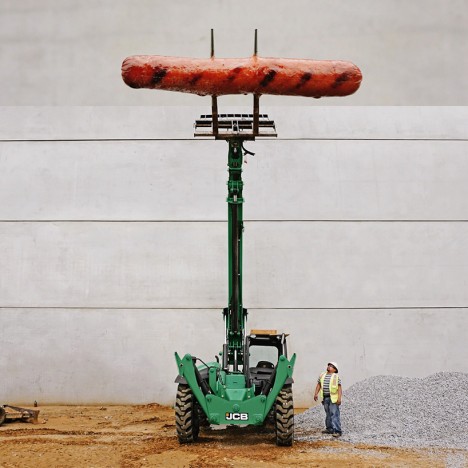 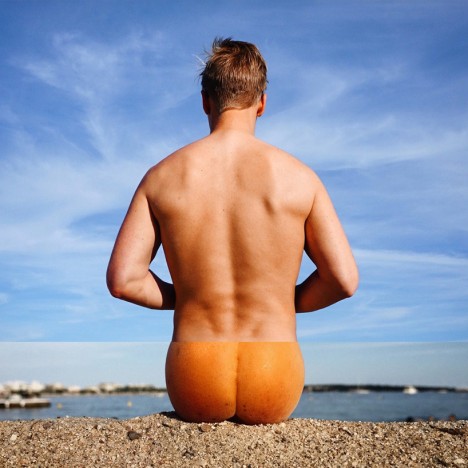 Inspired by the plethora of talent and creativity that can be found on Instagram, the photographer set out to pair things you’d never imagine together. Rather than seamlessly blending the photos in Photoshop so they appear to be a single composition, McMennamy simply matches up the contours of each subject, leaving behind the demarcation lines. 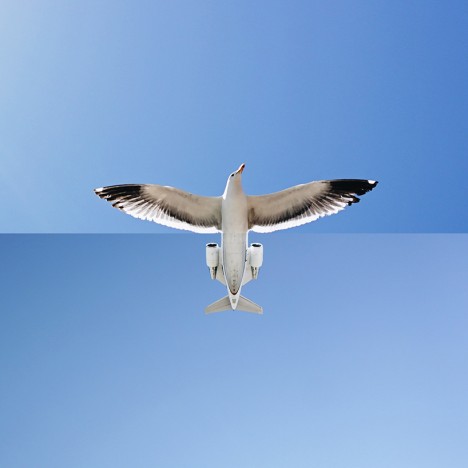 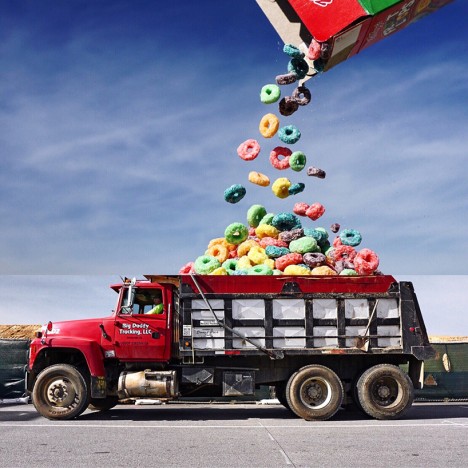 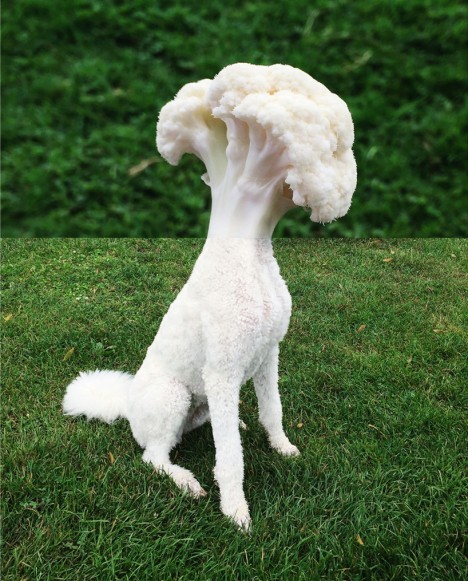 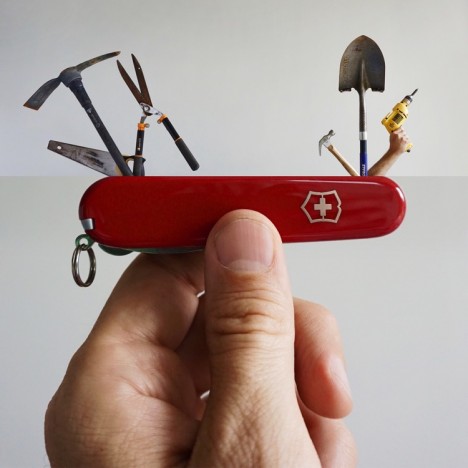 This technique results in images that tell an entirely different story than each of the originals, turning what would be highly ordinary, stock-photo-type images into something else altogether. McMennamy’s curiosity was initially piqued by photo apps that let you layer photos into collage compositions, and then he tried connecting images for a more fluid effect. 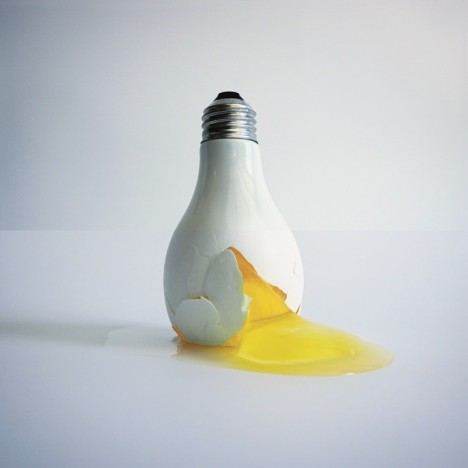 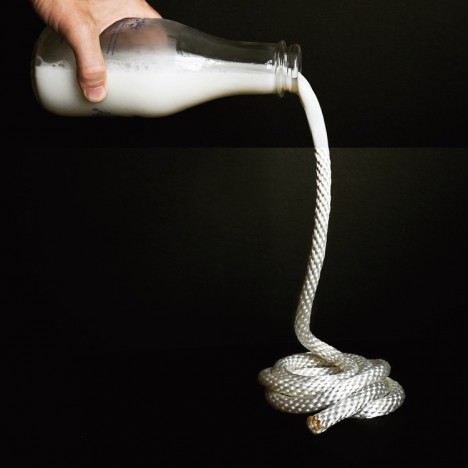 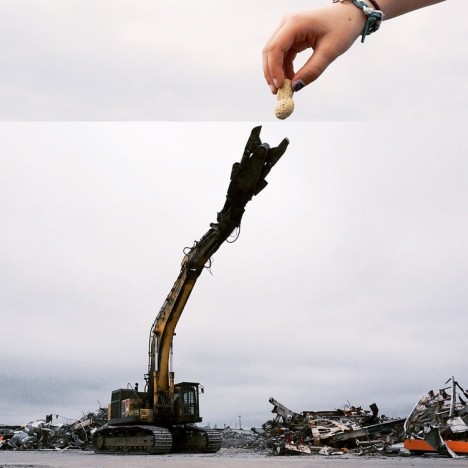 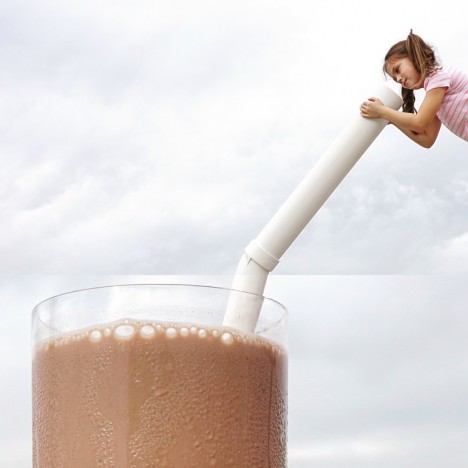 “The whole thing is one big scavenger hunt,” says the artist. “Sometimes it’s as simple as playing with scale and other times there’s a more meaningful message being told, like the cigarettes and French fries image but for the most part it’s just visual fun, like a truck with skateboard wheels.”