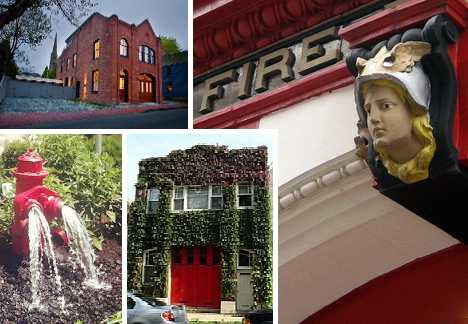 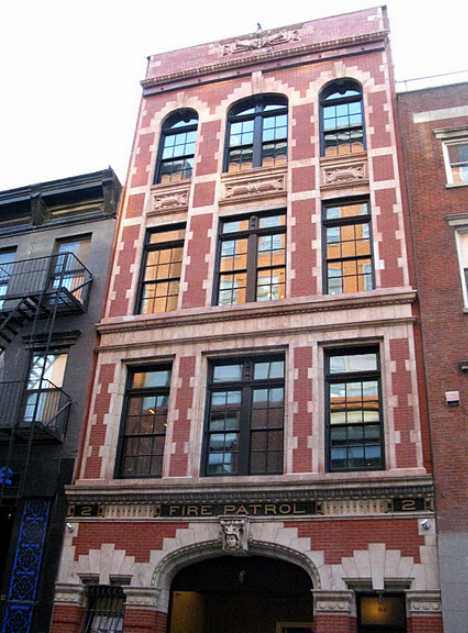 (image via: Daytonian In Manhattan/Alice Lum)

Architect Franklin Baylis, designer of the 1906-vintage Fire Patrol House #2 in New York City’s Greenwich Village, would no doubt be pleased to see his original work revealed after so many years. Bland and unappealing painting, re-painting and over-painting had obscured the firehouse facade’s intricate detailing but all that would change when media celeb Anderson Cooper bought the building for $4.3 million and embarked on an extensive (and doubtless expensive) restoration.

The term “restoration” shouldn’t be taken literally – Cooper was looking to LIVE in the building, not fight fires from it. Even so, the new owner of the 8,240-square-foot former firehall at 84 West 3rd Street intends to restore the old fireman’s gymnasium for his personal use and although the front garage door is now black, the station’s iconic bust of Mercury is looking pretty good for a dude going on 108!

The town of Newport, Rhode Island was founded in 1639, which makes the historic Hose 8 firehouse one of the burg’s newer structures. When structural issues appeared to consign the late nineteenth century building to the wrecker’s ball, Boston-based Hacin + Associates architecture and design firm stepped in with an intriguing plan: completely dismantle the three-story firehouse and rebuild it, brick by brick, with a flexible modern interior suitable for homeowners. Upon completion of the three-year-long project, The Newport Restoration Foundation awarded H + A the Doris Duke Preservation Award honoring the firm’s “heroic efforts to save a building that would have otherwise been lost”.

Ravenswood; You Would Too 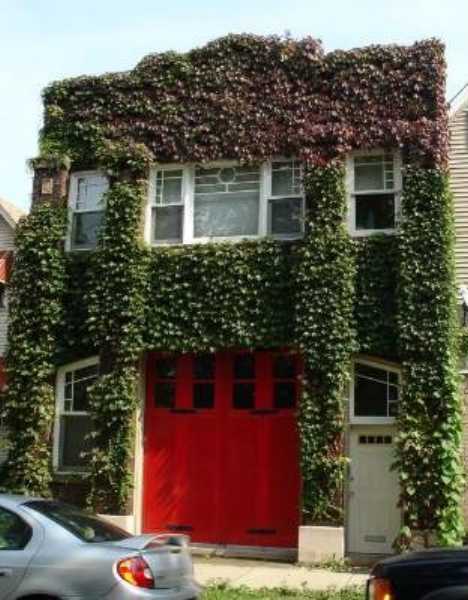 (image via: Your Windy City Guide)

Chicago Fire anyone? The Windy City found itself chock-a-block with redundant firehouses in the late 1950s when the many competing private fire protection companies were absorbed by the municipal government. Some, like the restored Ravenswood beauty above, found themselves in revitalized residential neighborhoods where their form took precedence over their former function. 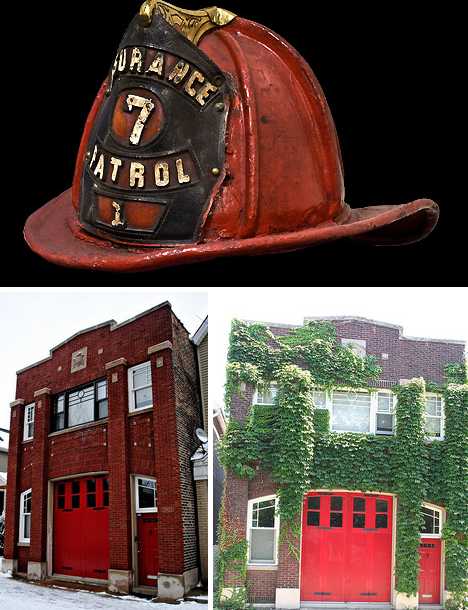 (images via: Hall Of Flame, StrawStickStone/Cragin Spring and Chicago Scanner)

In its previous life, the structure was Patrol #8 of the Chicago Fire Insurance Patrol. Listed for $1,275,000 in 2006 (just before the national financial crisis clobbered the housing market), the cozy firehall features two bedrooms, two baths, a wine cellar and an expansive first floor formerly reserved for parking fire engines. The building looked almost naked without its current covering of ivy, though the “before” photo above from StrawStickStone does reveal some of its architectural highlights.

Give my regards to Broad Street… San Francisco that is! Operating from 1896 to 1974, Firehouse 33 enjoyed an eventful life that included the Great San Francisco Earthquake when it was just a decade old. These days, the station does double duty as a two bedroom/2 bathroom home and a working business: the San Francisco Fire Engine Tours & Adventures company – it even has a 1955 red Mack Truck fire engine parked in the garage. Kiss those traffic jams goodbye!