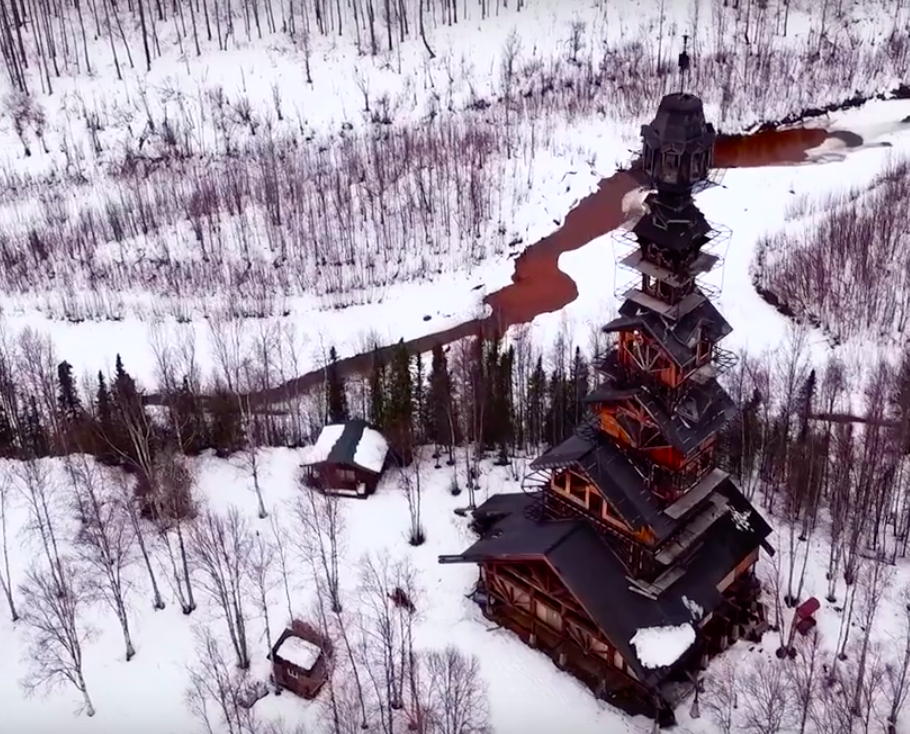 The mysterious eight-story stacked cabin house spotted among the trees in a remote area of Alaska is even cooler than previously thought, now that filmmakers have caught up to creator and self-described “frustrated architect” Phillip Weidner. In a two-minute documentary by Great Big Story called ‘We’re Not in Whoville Anymore,’ Weidner calls his Frankenstein creation ‘Goose Creek Tower,’ and reveals his motivation for building it, along with a few of its most notable features. 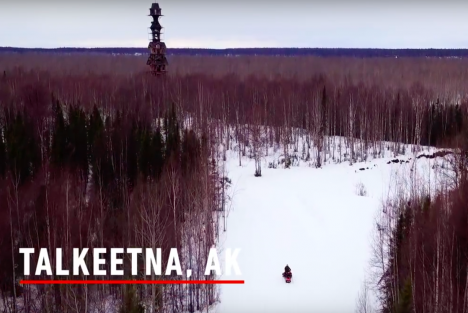 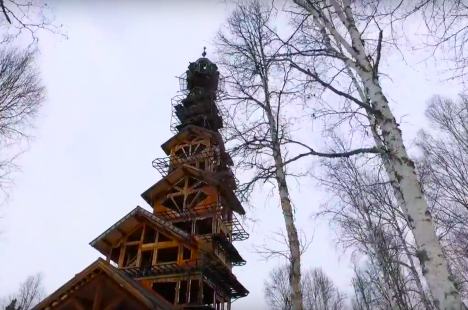 “I like building. I just designed it out of my head, we didn’t have blueprints. We drew it out on cardboard, plywood, just as we were going. I started to build a 40 by 40 scribed log cabin, and I realized I could put pillars on top and put another house on top of the house. And I just kept going. We got to 185 feet and we stopped because two hundred feet is federal airspace.” 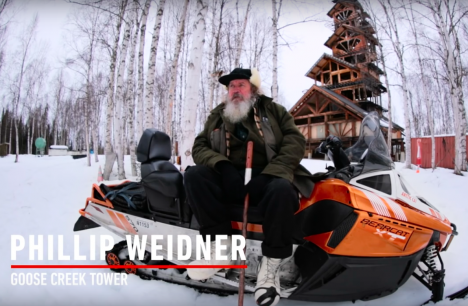 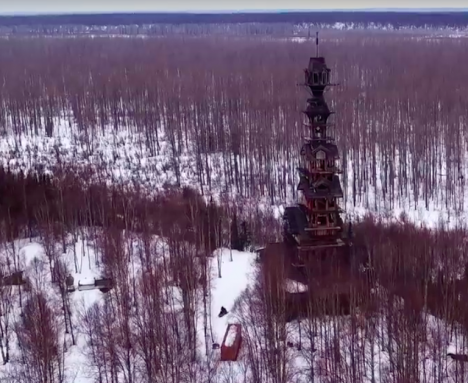 Previously, we got a look at the outside of the structure overlooking Mount McKinley and the Denali National Park via Alaska Aerial Footage, which captured a dizzying video of its full height against the snowy landscape. 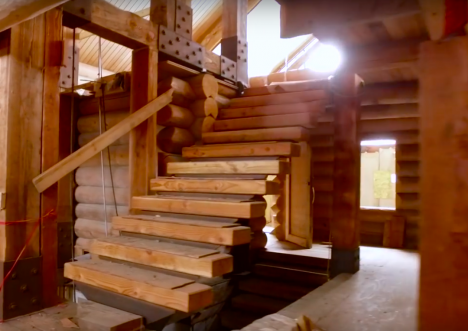 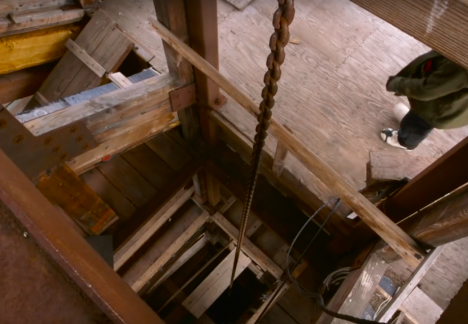 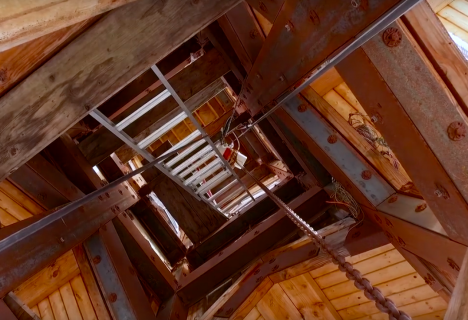 The tower remains pretty bare-bones, with all of the framing complete but no windows or finished surfaces. There are even more levels than you can see from the outside, as the interior winds from one split-level platform to the next. Weiner, a former attorney, reveals that a hidden escape tunnel at the basement level leads to a safe room. 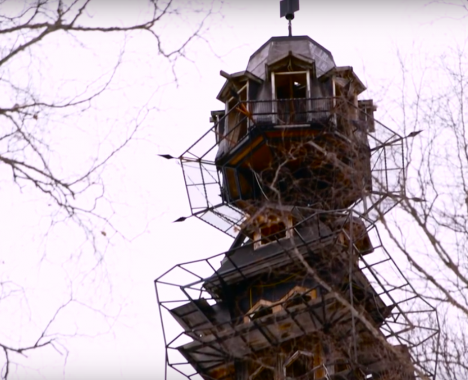 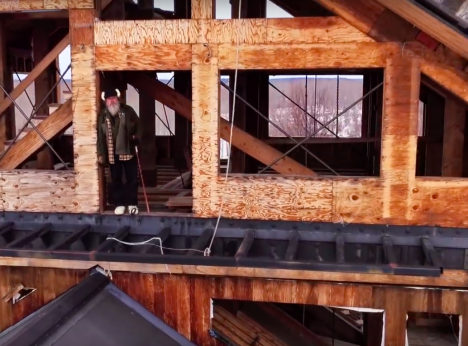 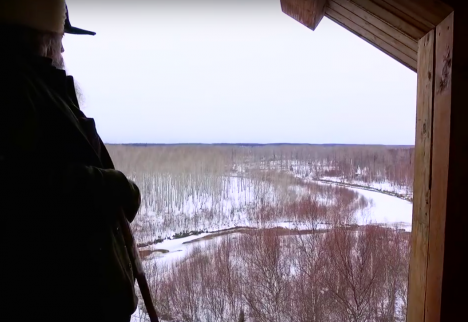 “I wanted to be able to see,” says Weidner. “And that’s the reason I went up. You could see for at least three hundred miles. And of course when the northern lights are out, you can really see ‘em. I hope that Goose Creek Tower will inspire other people to do worthwhile things, not just in building but whatever they do with their life. And every time I go up there, it’s a different experience. It kind of gives you a sense of the enormity of the universe.”