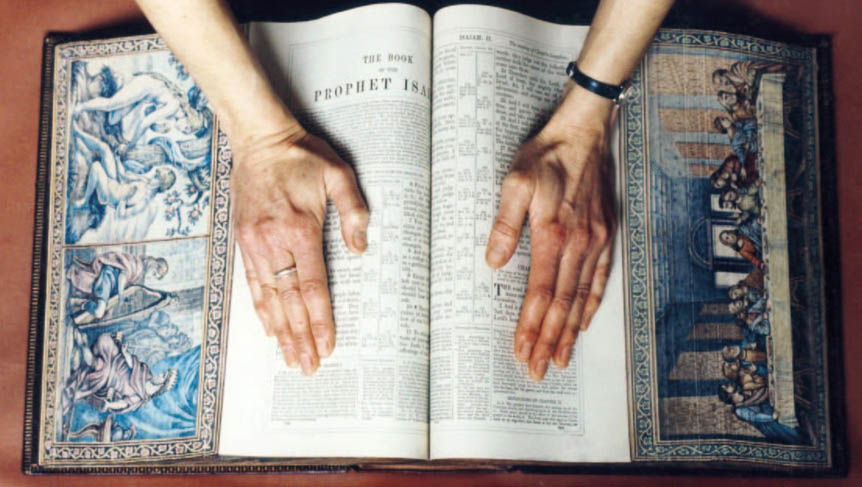 Invisible at a glance, artists have long hidden fore-edge artwork in plain sight, resulting in works that are sometimes first spotted decades or even centuries after their creation. What looks like a plain gold-gilt surface on the shelf can unfold to reveal a rich and colorful surprise. 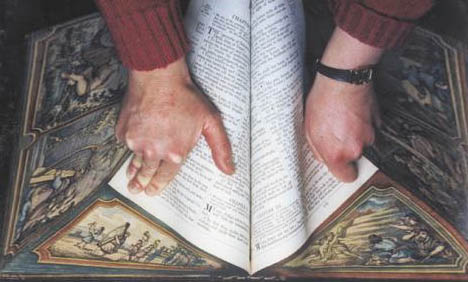 The four examples directly below come from Colleen Theisen and the Special Collections & University Archives at the University of Iowa, each reflecting a season.

They are from a series of four books titled after times of year (Autumn, Winter, Spring and Summer shown sequentially above) published in the 1800s by Robert Mudie. 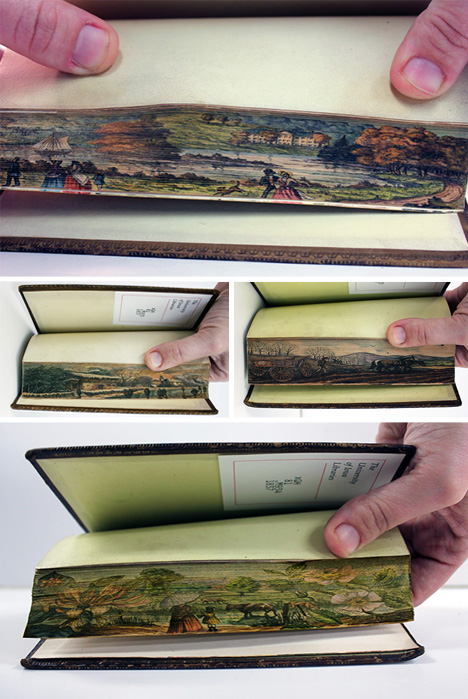 The art of disappearing fore-edge painting dates back hundreds of years, but (visible) edge painting on closed books goes back over a thousand years.

Sometimes the scenes are made to match content, contexts and characters from within the book. In other cases, they are more broadly relevant, meant to set the stage or tone for the reader.

The fore-edge (found on the opposite side of a book’s spine) can be painted directly on the closed book to create a drawing that is immediately visible. Alternatively, the pages can be splayed out and painted on the front or back  of the edge.

In some cases, both sides are painted to create a double fore-edge works that are entirely different depending on which way you splay the sheets. Triple fore-edge variants are also possible, with two patterns or scenes that disappear and a third that is visible when the book is closed.