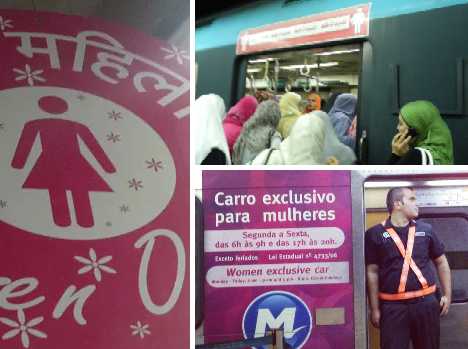 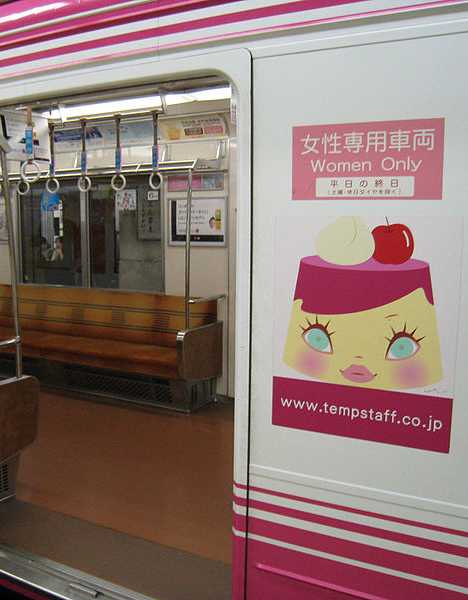 Japan first introduced women-only subway cars in 1912, though their usage was sporadic and isolated. Modern usage of train and subways carriages specifically restricted to women dates from the year 2000 with the Tokyo Metro succumbing to popular demand for such cars in 2005.

(images via: Apple Daily, The Japan Times and The Grid)

They may have been late to the dance but the Tokyo Metro now serves as a model for other city’s and nation’s transit systems on how to do women-only transit right. Designated cars are consistently color-coded (pink, naturally) to avoid confusion by the visually-impaired, signage on the trains in in the stations is profuse, and transit police are on hand to enforce the rules. 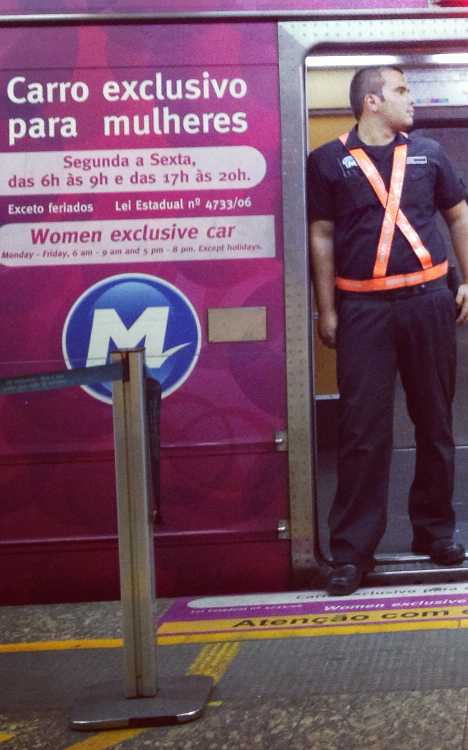 (image via: RAYRAY IN RIO!)

Brazil’s first gender-specific subway cars first appeared on São Paulo Metro in October 1995, but the scheme was discontinued in September 1997 after the Companhia Paulista de Trens Metropolitanos (CPTM) received complaints from married couples. There was also the possibility that Article 5 of the Brazilian Constitution, which guarantees equality among citizens, might be inadvertently flouted giving rise to an expensive legal challenge. Curiously, the Rio de Janeiro Metro was untroubled by these sticking points and introduced women-only subway passenger carriages in April of 2006. 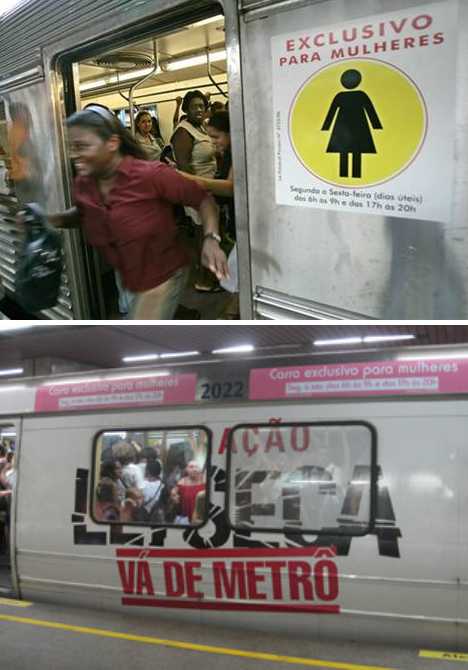 (images via: NBC News and Andén 2)

The official policy regarding women-only carriages dictates that for trains with six passenger cars, one car must exhibit predominantly pink colors and signage denoted the car to be for the exclusive use of women. It should be noted that pinkness notwithstanding, the women-only restriction only applies on weekdays during the morning and afternoon rush hours (3 hours each). Metro police enforcement is provided to ensure non-women (also known as men) stay out of the cars and station platforms have signs in pink, white and yellow on their floors indicating where women should assemble for boarding. 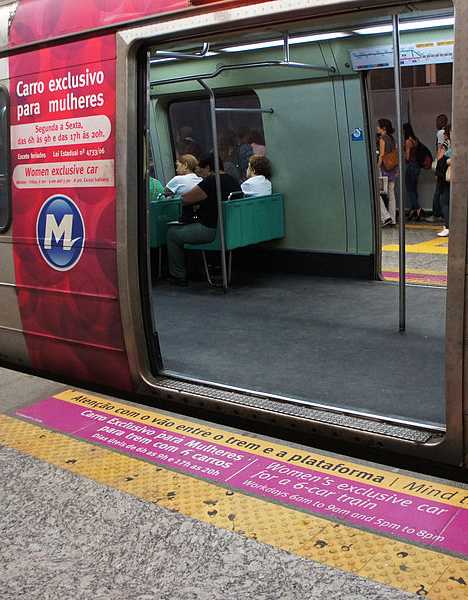 The recent introduction of Rio de Janeiro’s “Women’s Exclusive Cars” has allowed the system to borrow from other successful subway networks around the world: note the “Mind The Gap” warning on the platform, lifted from the London Underground circa 1969.

If the Indonesian commuter train you’re about to board is trimmed in pink & purple and bears the legend “Kereta Khusus Wanita”, back off Jack… unless you’re a Jill. 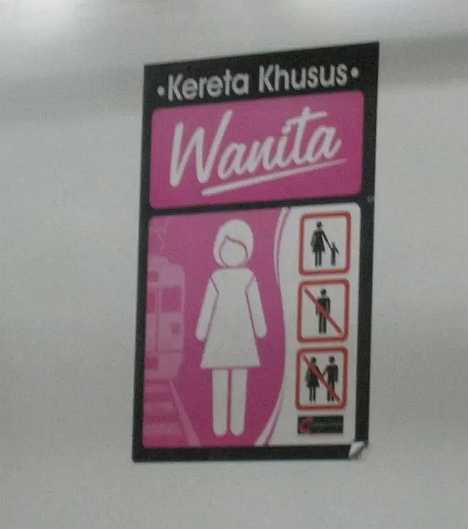 Indonesian women have taken to the women-only services provided by the nation’s commuter train lines, and if such service is withdrawn they don’t take the loss lying down. Such was the case in May of 2013 when PT KAI Jabodetabek Commuter decided to discontinue the exclusive cars on its women-only Electric Railway Train (KRL) line running the Bogor to Jakarta route. “”