The light rail commuter network in Guadalajara, Mexico, inaugurated women-only carriages on March 8th of 2010. The news is unsurprising in Mexico where other public transit systems including the Mexico City Metro and the same city’s Pink Taxi service carry on a long tradition of transport options reserved for the fairer sex. 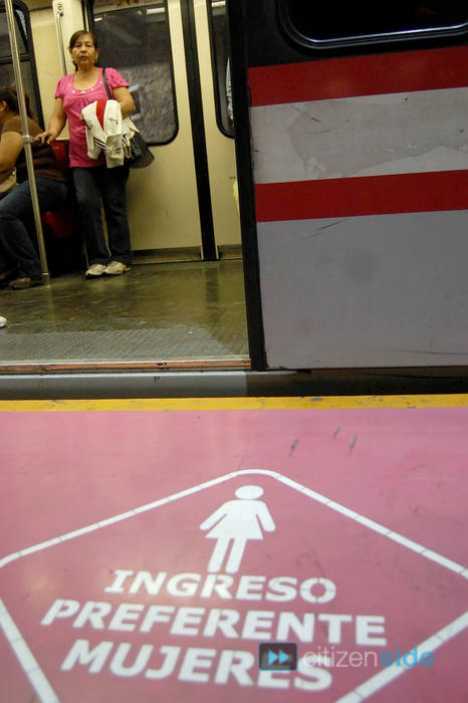 Guadalajara’s women-only train cars themselves appear little different from other cars on the system (at least, when they’re unoccupied) but the network has splurged on an abundance of pastel pink paint used to liberally coat those areas of the train platforms where women assemble to enter their dedicated coaches. 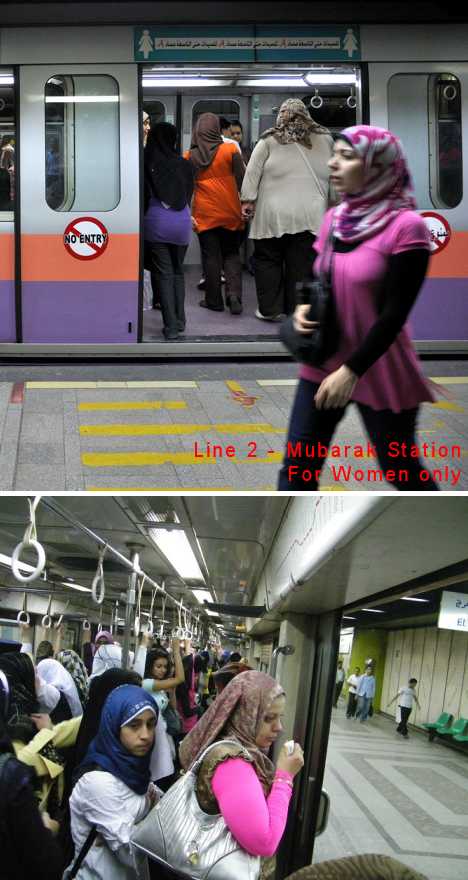 (images via: Welcome Back, Egypt and Daily News Egypt)

The Cairo Metro subway system features three separate lines and a total of 35 stations. Construction began on Line 1 in 1982 and the final parts of Line 3 are scheduled for completion in October of 2013. Although there are carriages on the trains reserved for women, regulations are frequently flouted and enforcement is weak – all the more so since the advent of Egypt’s current political troubles. 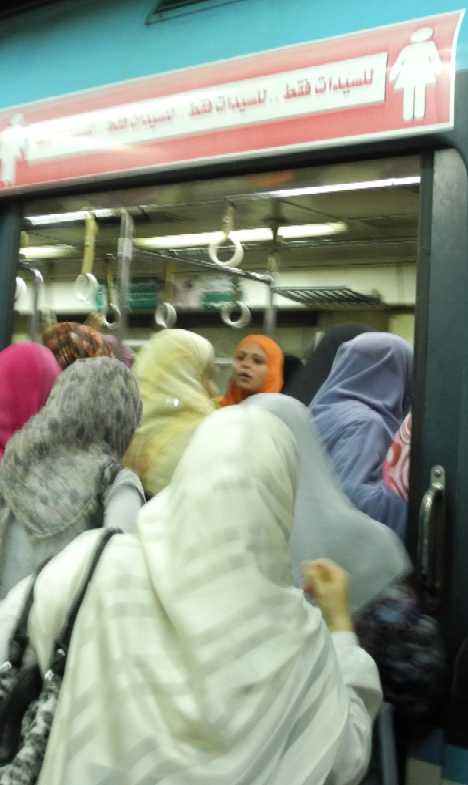 The so-called “Be A Man” campaign is a grass-roots effort organized by female activists in an effort to shame men into avoiding the women-only cars. Stickers captioned “the women’s carriage is for women only” have appeared in stations and inside the women-only cars though their impact has so far been negligible.