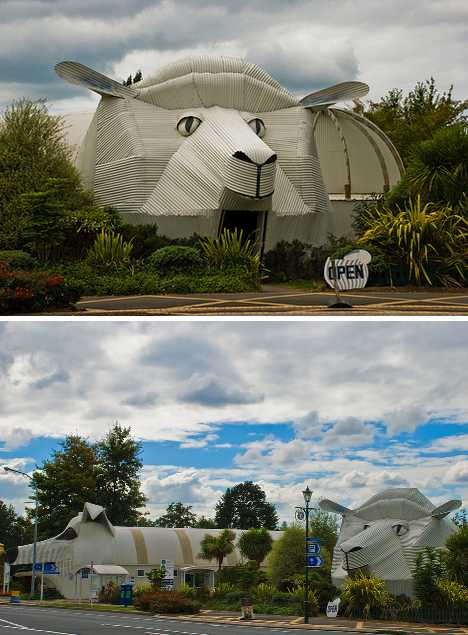 New Zealand is famed for its vast herds of sheep (and Orcs, but that’s another story) so a sheep-shaped building isn’t entirely out of place here. Located in the town of Tirau on the country’s North Island, the Big Sheep houses a wool outlet called… the Big Sheep Wool Gallery. Never thought you’d see wool on the inside of a sheep, now did you? 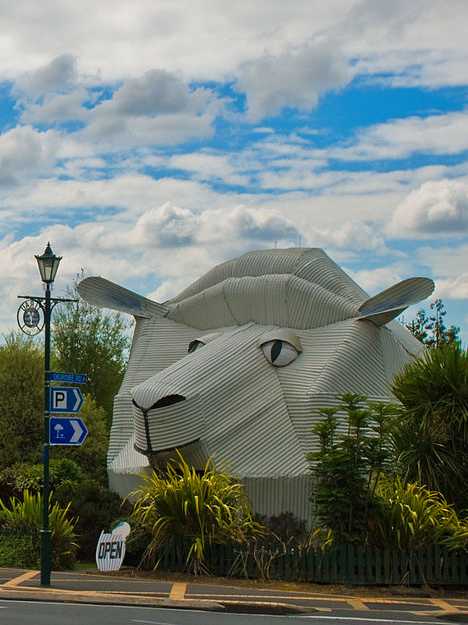 The Big Sheep bears no relation to the 1946 Bogart & Bacall film noir classic “The Big Sleep” but it does hold pride of place in Tirau. Built in 1994, the ginormous grazer sparked a trend for outsized buildings and statues that significantly boosted tourism to the Tirau area. 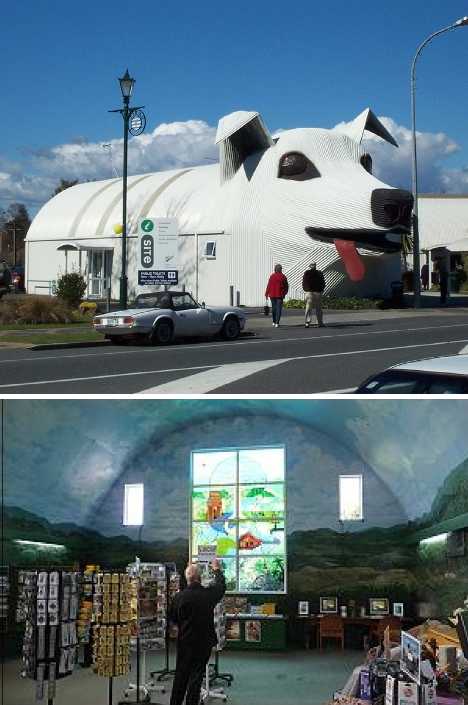 Just a stone’s throw from the Big Sheep (though stone-throwing is not encouraged) you’ll find the Giant Dog, a corrugated iron information center that presumably offers knowledge about the Big Sheep. One could argue it would be more economical to situate the info center in the Big Sheep itself but that would be less interesting, wouldn’t it? 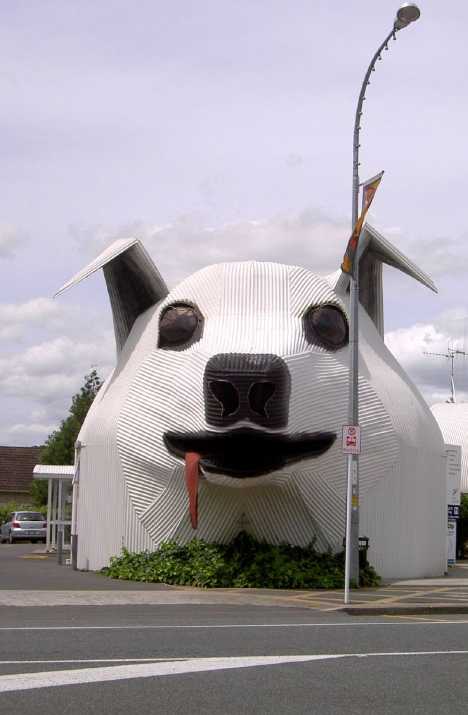 Officially known as the i-SITE Visitor Centre, the building was originally conceived as a structure to house public toilets (which it does) but its function was expanded to encompass an info center, a car park and a picnic area. The building opened in September of 1998 and its features include an interior mural painted by Tirau artist Fred Luckman, and an exquisite stained glass window  installed in April of 2005. 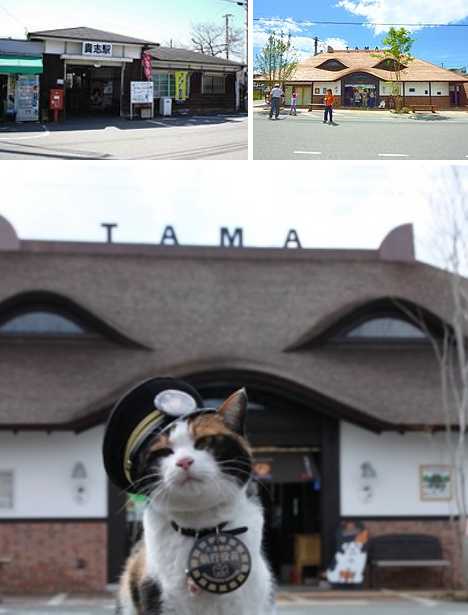 (images via: Wikipedia and Visit Japan)

Kishi Station, a train station of the Wakayama Electric Railway in Kinokawa, Japan had very little to distinguish itself from a zillion other out-of-the-way stations until January of 2007 when the railway officially designated Tama, a 7-year-old calico cat, as the new stationmaster. Since then, worldwide publicity surrounding the world’s most famous stationmaster cat has brought upwards of 1 billion yen (around $13 million) into the local economy. Good kitty! By the end of 2009, railway officials figured they’d capitalize on the tourism boost by enlarging and renovating Kishi Station in a cat-like theme. 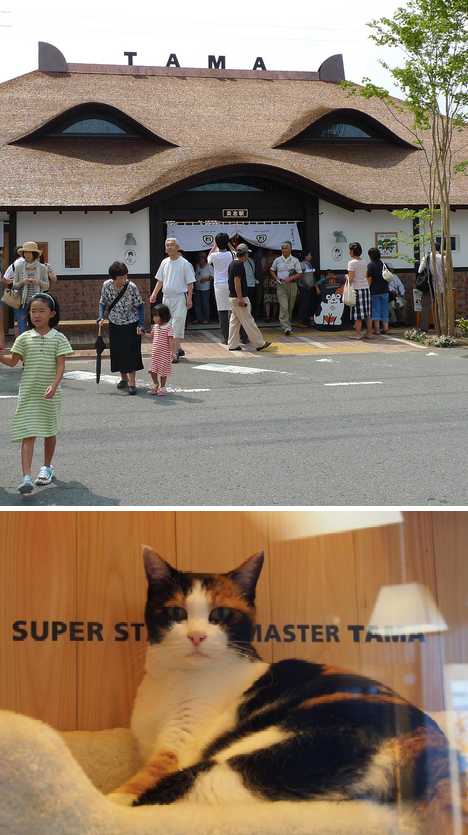 Construction began on the new Kishi Station in early 2010 and the recently promoted “Super Stationmaster” Tama was on hand (and paw) for the grand reopening in July. The new station includes a Tama museum and gift shop while the roof is topped with letters spelling out Tama’s name. As of press time Tama was at her post, her blog is being regularly updated, and all’s well with the world.