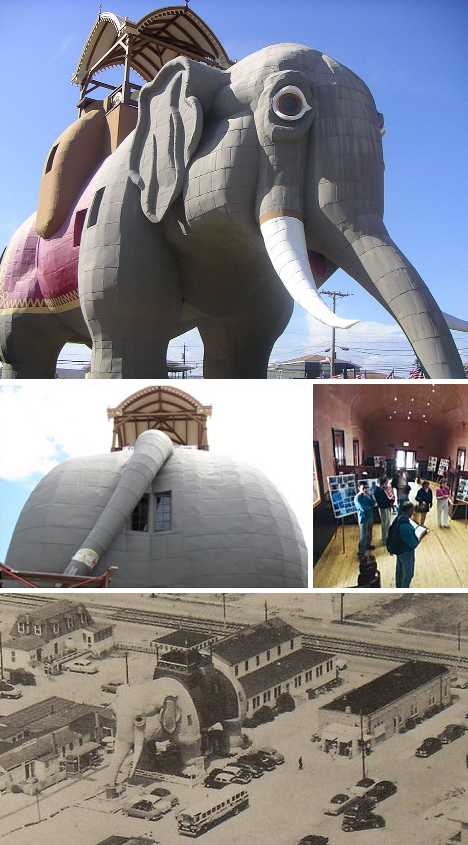 (images via: Wikipedia, That Blue Yak and Christian Montone)

For 131 years, Lucy the Elephant has stood watch over the citizens of Margate City, New Jersey and the tempestuous Atlantic Ocean just beyond. Originally built in 1881 by real estate developer James V. Lafferty as a promotional gimmick, the building started off as a functional real estate office with a surprisingly capacious interior. The six story tall, 90-ton elephantine edifice covered in 12,000 square feet of sheet tin was fully restored in the 1960s and remains one of the most popular tourist attractions on the Jersey shore. Take that, Snooki. 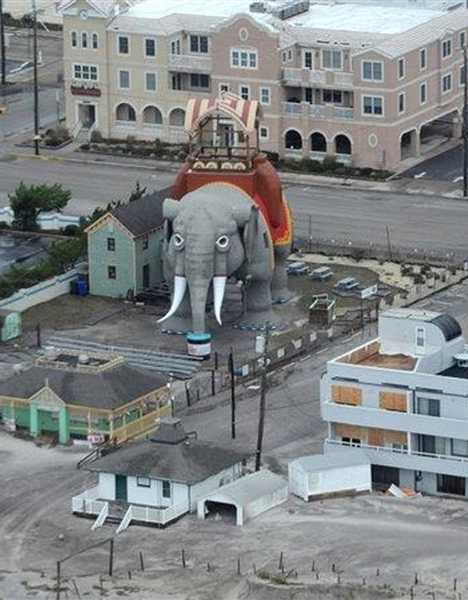 Heeeere’s Lucy, still standing proud after taking everything Superstorm Sandy could throw at her – though her parking booth was blown onto its side. “I am very pleased to report that there has been no structural or water damage to Lucy the Elephant,” according to an update posted to Lucy’s Facebook page by the landmark’s executive director, Richard D. Helfant. In related news, the executive director of Lucy the Elephant is named Richard D. Helfant. 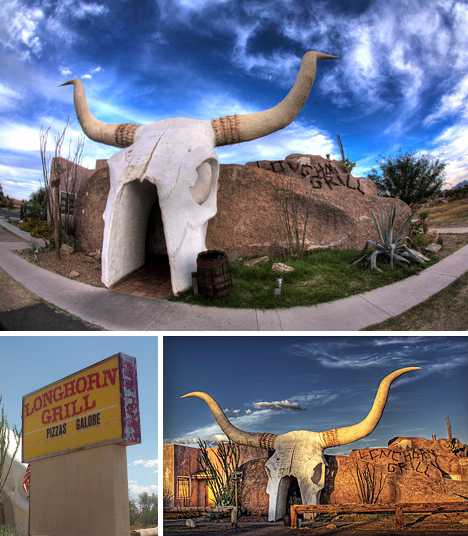 (images via: Panoramio/Garretveley, Fifty Things to See & Do In Arizona Before I Turn 50 and TIME/Dave Day)

The Longhorn Grill in Amado, Arizona (south of Tucson) may look as Old West as it gets but it’s really not that old: it was built sometime in the early 1970s. The huge, bleached faux-steer-skull fronts a restaurant and bar that makes most of its coin off the tourist trade – Amado only has a couple hundred permanent residents. If you’re wondering where you’ve seen the Longhorn Grill before, try a movie theater: the location figured in “Alice Doesn’t Live Here Anymore,” “Vanishing Point” and “Boys on the Side” just to name a few. 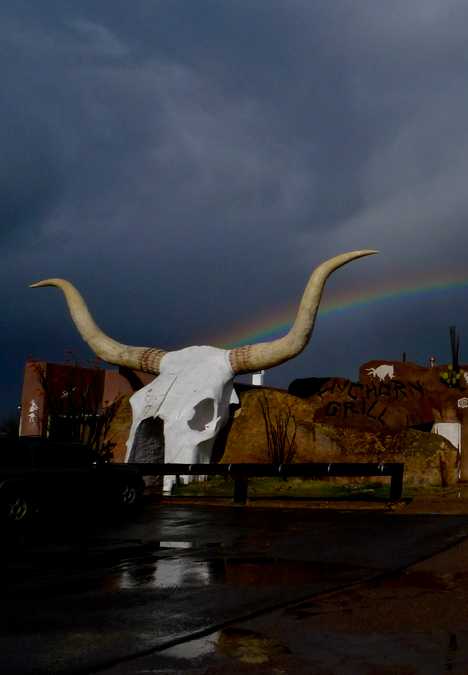 Sadly, the Longhorn Grill closed its nose, er, doors in July of 2012 due to a lack of business blamed on tough economic times. The owner’s bank forced a foreclosure and put the building up for sale: the latest asking price was $299,000. 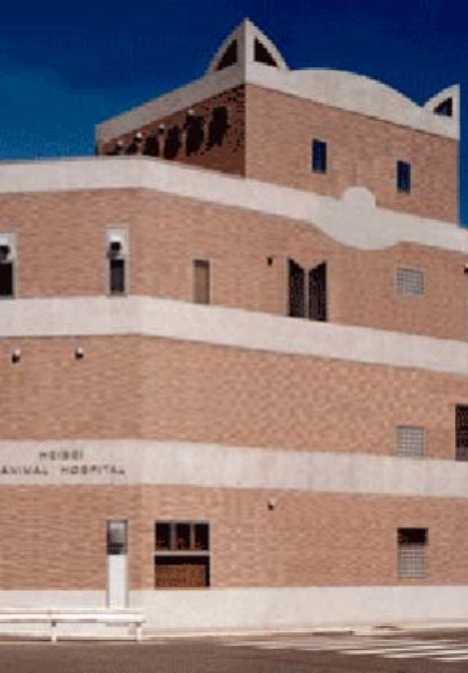 The 4-story Heisei Animal Hospital in Kasugai, near Nagoya, Japan keeps a low profile info-wise but it certainly stands out among its architecturally bland neighbors. One benefit to having your building advertise its purpose is you’ll save a lot on signage costs, though it might make selling the structure somewhat problematic. One wonders what dogs think when they see where they’re being taken for their annual visit to the vet… RUH ROH! 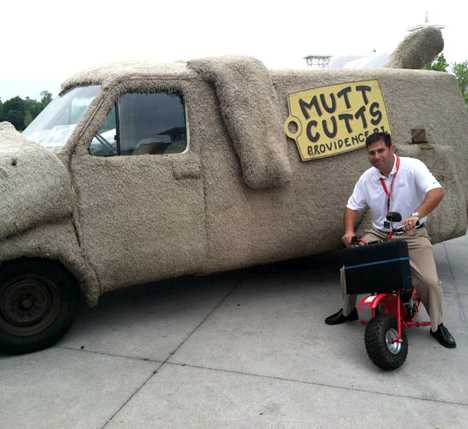 So is it dumb to live/work/play in an animal-shaped building? Is it dumber to do it while driving an animal-shaped car? As long as the building and vehicle match things should pretty much be fine.