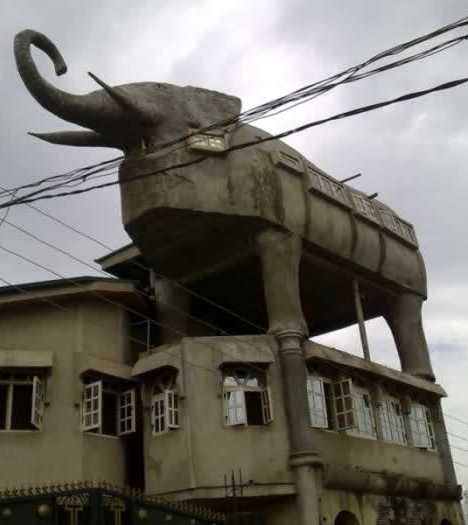 Little is known of the grotesque “Elephant House” in Lagos, Nigeria but the jaw-dropping edifice has become the poster child for Nigeria’s more curious property ownership laws. Most frequently cited in relation to the ramshackle home is the so-called “Ugly Building Law” by which owners will be liable to pay an “Ugly Tax” depending on how high their building rates on a scale of 1 to 1,000. Just like an actual elephant, I think this house broke the scale. 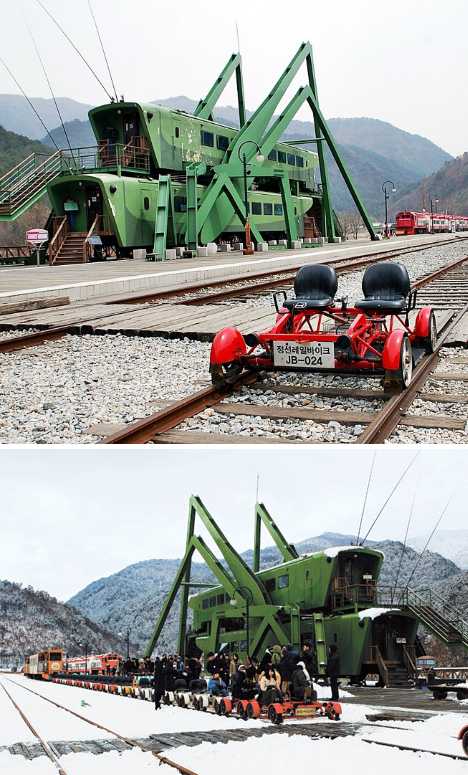 The Grasshopper’s Dream Café in Jeongseon, South Korea isn’t exactly Gangnam Style… we’ll leave it to you to decide exactly what style it is. In any case, the unusual building appears to be made using a couple of decommissioned railway cars and assorted bits and pieces of recycled railroad-related parts. 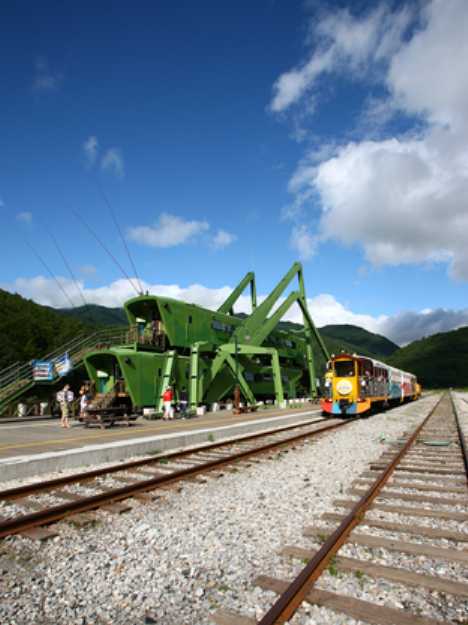 Gujeol-ri Station is a frantic hub of one of South Korea’s lesser known outdoor recreational activities, rail biking. Now Phil Connors may have said “don’t drive on the railroad tracks” and that’s advice I happen to agree with under normal circumstances but when a pair of giant metal copulating grasshoppers are looming over you, anything goes. 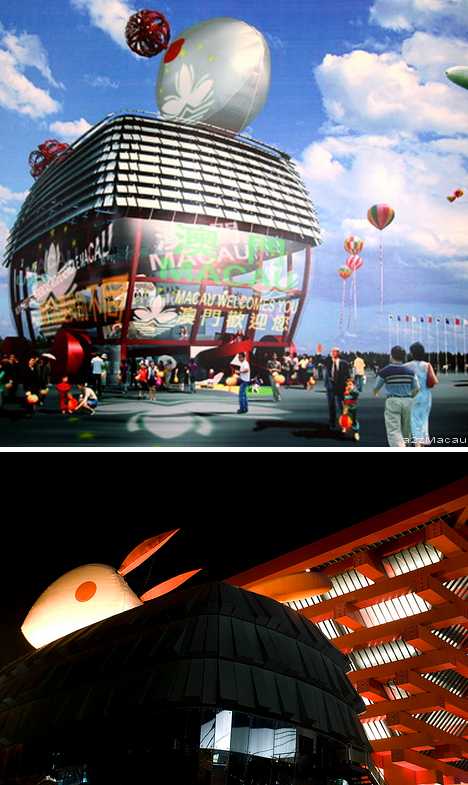 (images via: A2Z Macau and M.Dawg)

Macau is the gambling center of the universe, eastern hemisphere division and as Ferris Bueller could tell you, there ain’t nothin’ luckier than a rabbit’s foot. Put two and two together and you’ve got the inspiration for Macau’s pavilion for the 2010 Shanghai World Expo. A more practical train of thought associates the design with the traditional Rabbit Lanterns that light up Macau’s nightlife during the annual mid-Autumn festival. 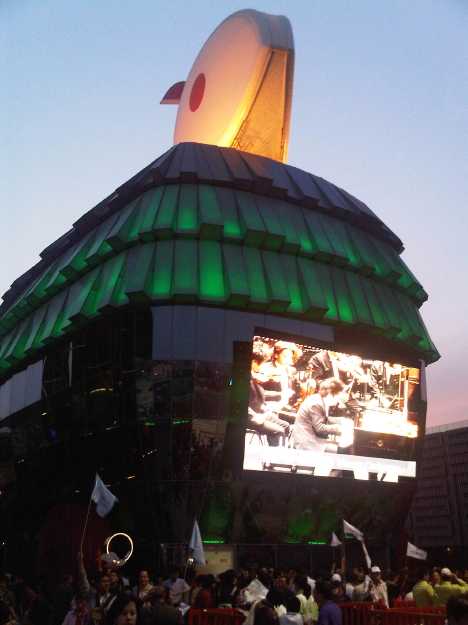 The pavilion’s exterior was covered in thousands of color-changing LED lights and featured several fluorescent video screens protected by double-layered glass. As twilight fell, the LEDs were often tuned to a rich green hue, as according to Chinese mythology a jade rabbit welcomes visitors to a magical fairyland.