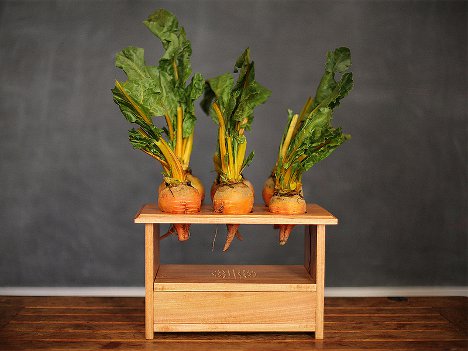 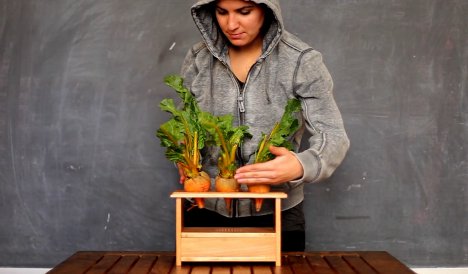 Garner’s BeetBox consists of a poplar frame housing a few simple electronic components, a half dozen fresh beets, and a capacitive touch sensor. When someone touches one of the beets, a unique sound emanates from the audio amplifier.

Touching a number of the beets in sequence creates a totally fresh mix. Users are limited only by the number of hands they have available for tapping the vegetables. 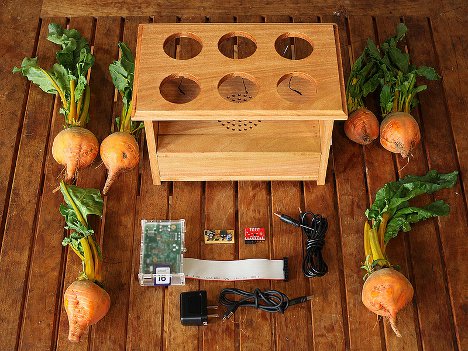 The designer’s goal was to create a unique user experience in which the electronics are invisible – both physically and in terms of the interaction being very simple. 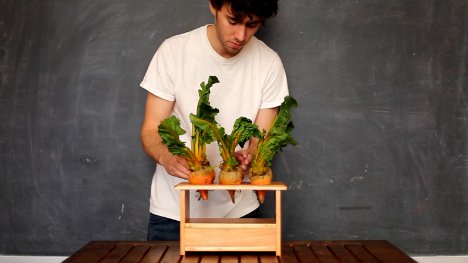 He accomplished this goal quite neatly with the BeetBox, turning beets into beats and allowing even those without any musical experience to create their own totally personal music.