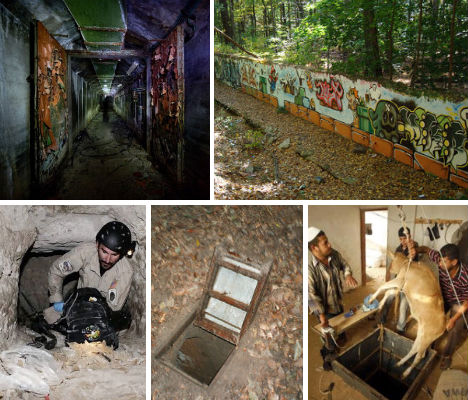 Perhaps there’s one beneath you right now: a hidden underground passage, crumbling and half-forgotten or even modern and air-conditioned, actively whisking contraband goods from one hidden entrance to another.  Tunnels are found all over the world even in what seems like the unlikeliest of places – like a mountaintop public park in New York, or the Rock of Gibraltar. These 10 passageways are just a small fraction of those built for shadowy operations like smuggling or top-secret military strategies, most of which will literally never see the light of day. 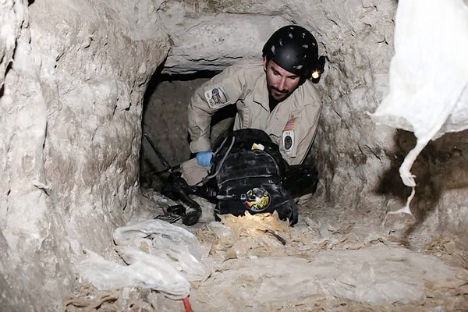 While most drug smuggling tunnels are little more than a hole in the ground, this one discovered in November 2010 was surprisingly sophisticated, with lighting, air conditioning and a rope-and-pulley system that pulled untold tons of marijuana from one end to the other. The tunnel stretches the length of six football fields between San Diego, California and Tijuana, Mexico. 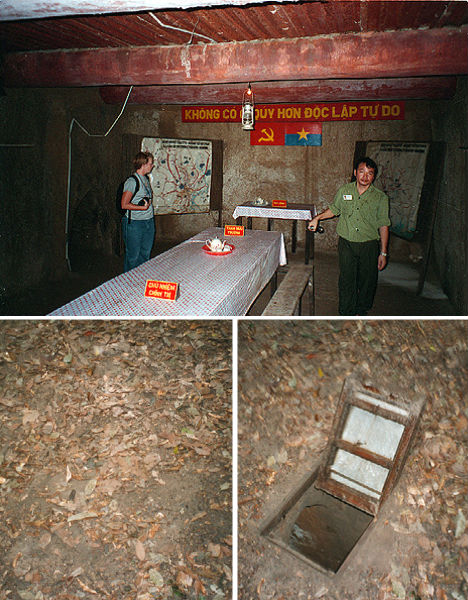 Imagine being stuck inside dirt-walled tunnels where there’s no escape from poisonous spiders or from the mosquitoes that are giving everyone around you malaria. Life was no picnic for the Viet Cong soldiers who hid in the Cu Chi tunnels during the Vietnam War, but one thing’s for certain: the tunnels were well disguised, the entrances virtually invisible in the dirt and leaves above. In fact, this hidden tunnel system – packed with food, weapons and medical supplies – played a crucial role in the Viet C ong’s successful resistance. Though many were discovered by American troops, they were incredibly dangerous, often rigged with booby traps and bamboo spike pits. The tunnels are now a popular tourist destination and some have been ironically enlarged to accommodate oversized Western visitors. 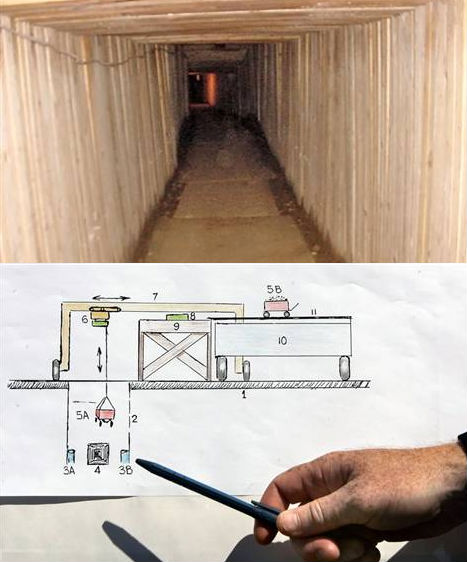 Mexico isn’t the only border where drugs enter the U.S. through secret underground tunnels. In 2005, federal authorities shut down a passageway between Aldergrove, British Columbia in Canada to Lynden, Washington in the U.S. At 360 feet, the tunnel was nowhere near the size of tunnels running between the U.S. and Mexico, but it was just as sophisticated as the aforementioned Tijuana tunnel. 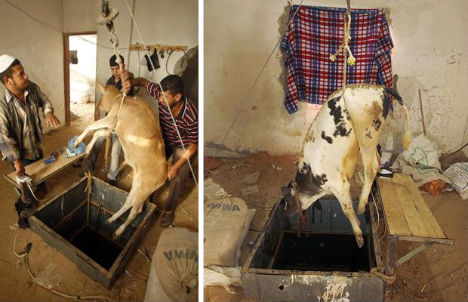 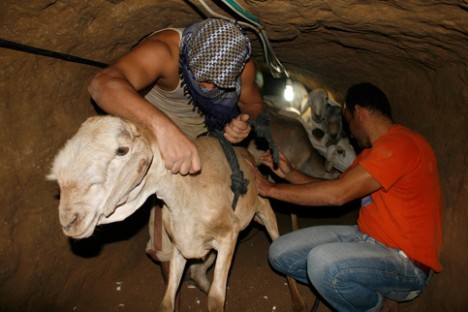 Of course, not all smuggling tunnels are made for the transfer of narcotics. Gaza’s infamous tunnels were once a lifeline for Palestinians, bringing in food and religious supplies – even live animals like goats, and cows, needed for the traditional holiday slaughter – and are now used to export goods.  Built to get around Israel’s economic blockade, the tunnels are naturally used for contraband as well, including weapons, and tunnel collapses are all too common. Egypt recently discovered 13 tunnels leading into the war-torn region, and that’s likely the tip of the iceberg. 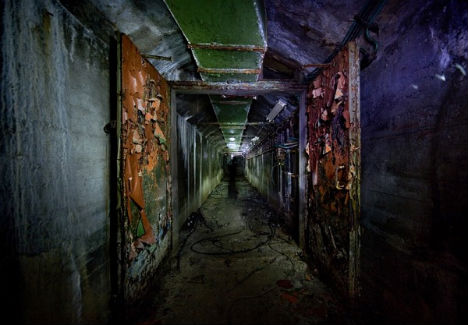 Somewhere in Germany, there remains a World War II-era underground air raid shelter – one of the few that are still accessible so many decades later. But its location is known only to the authorities… and a few urban explorers who aren’t willing to expose it to the public. Referred to by the psuedonym ‘Krankenbunker Breuning’, the tunnels include a partially-built underground hospital that was meant to be a place to treat the wounded, safe from the Allied weapons that destroyed most of the town above the surface. 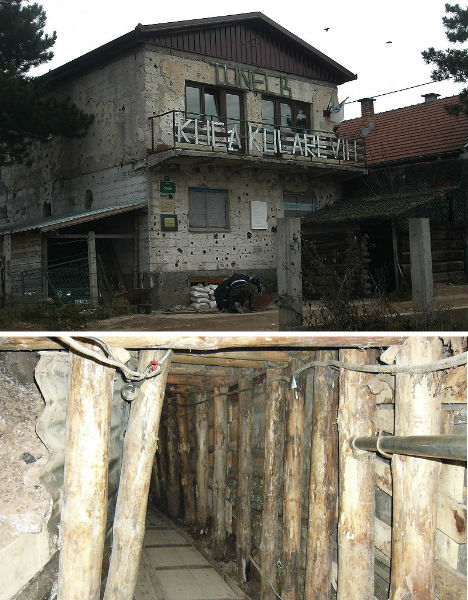 During the Bosnian War, citizens of Sarajevo were cut off from the world, lacking the most basic of supplies for over three years. A tunnel standing barely four and a half feet tall, dug with a pick and shovel and controlled by the Muslim mafia and black marketeers, was the only source of outside food, fuel, newspapers and weapons. A house owned by the Kolar family stands over the entrance of the 20 meters that remain of the tunnel today, and is now a historic landmark and tourist attraction. 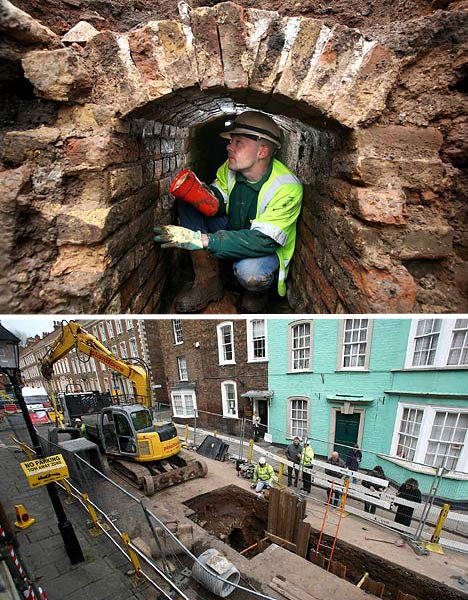 Ten feet below the remains of a medieval castle in Somerset, England, are a series of brick tunnels – but they aren’t nearly as old as the castle. The smuggling tunnels were discovered in 2008 by water engineers performing routine maintenance on underground water pipes, and are believed to have been built around 1720 after a duke purchased the Bridgewater Castle, which was destroyed during a Civil War siege in 1645. The tunnels likely supplied households in the area with illegal and untaxed goods delivered by boats at night. 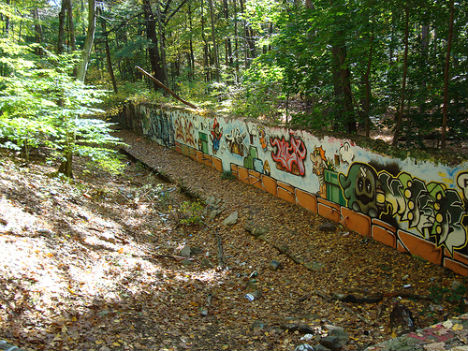 In Blauvelt, New York, the remains of a tunnel that was once part of a World War I-era shooting range are today one of the creepiest abandoned sites in the state. The center of a number of urban legends, including rumors of Satanic ritual activity, the Camp Bluefields tunnel and bunker complex – known simply as ‘Tweed’ – is now a dangerous draw for urban explorers due to its dilapidation.  The tunnels are said to cover approximately 90 square acres at the top of Clausland Mountain.

World War II Tunnels in the Rock of Gibraltar 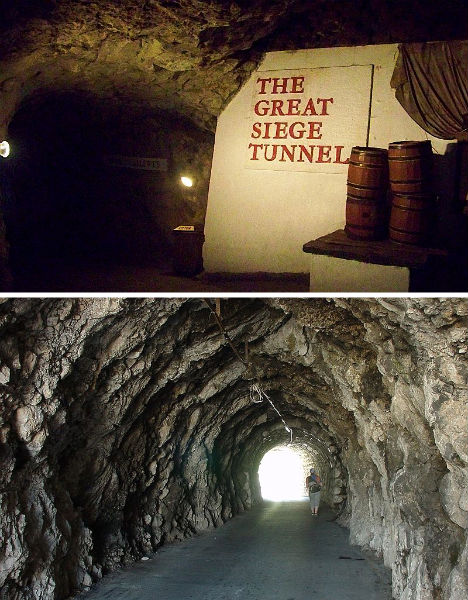 During World War II, a massive complex of tunnels and chambers was built in what seems like the unlikeliest of places: the Rock of Gibraltar. This monolithic landmass, property of the United Kingdom and bordering Spain, played a pivotal role in Allied war strategy and its dark subterranean passages were the operational headquarters for General Eisenhower. The 30-something miles of tunnels, dug with diamond-tipped drills, held 30,000 troops as well as a hospital and power station. Even now, the Rock of Gibraltar has more tunnels than roads. 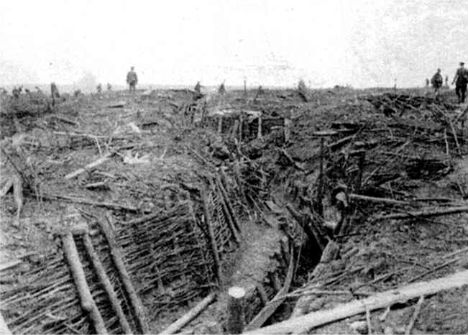 If it weren’t for the mines under the village of Messines in Belgium, the First World War might have had an entirely different end. Little did the German forces know that 120 feet beneath their own trenches, the British Corps of Royal Engineers were building tunnels and laying them with 22 mines. The night before the attack, British General Plumer said to his staff, “Gentlemen, we may not make history tomorrow, but we shall certainly change the geography.” And that they did – detonating the mines at 3am, taking out 10,000 German soldiers along with the entire town of Messines in a blast that was heard as far away as Dublin, Ireland. The Messines detonation is now known as history’s deadliest non-nuclear man-made explosion.