Foster an appreciation for fine modernist architecture and design from an early age with Bauhaus dollhouses, Eames block sets, mini Corbusier lounge chairs and urban planning board games. There’s a minimalist dollhouse that doubles as a coffee table, a Matryoshka-style set of paper modernist estates and of course, the pleasingly all-white Architecture Studio set by LEGO. Sure, you can get these architectural toys and games under the pretense that they’re for your kids, but we all know it’s really you who’ll be playing with them. 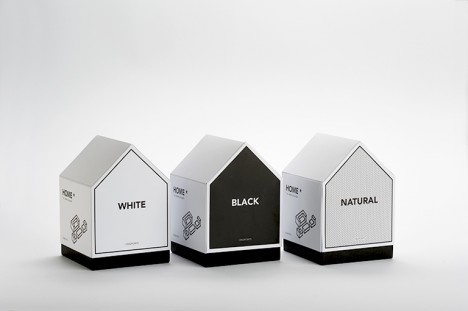 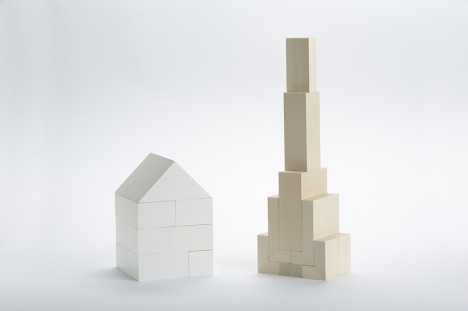 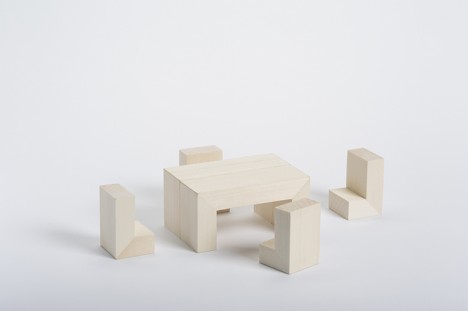 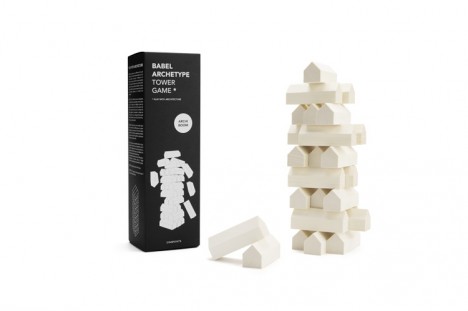 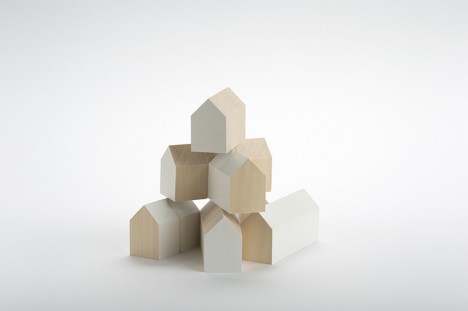 A 3D puzzle made up of 17 minimalist white pieces that fit together into a house shape, the ‘Home Puzzle’ by Cinq Points is greater than the sum of its parts. The individual pieces are made to resemble pieces of furniture as well as buildings in a town, so kids can use their imagination to change the purpose of each shape. The Babel Tower game is like an architectural version of Jenga, while the Archiblocks construction set is “designed to capture modularity, balance and composition, their form giving them an intergenerational appeal.” 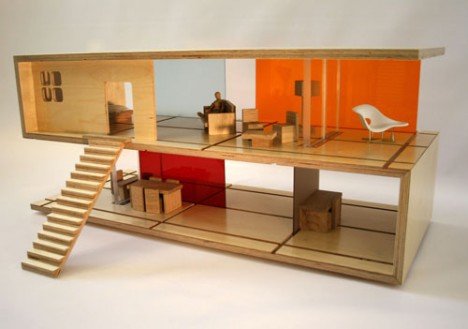 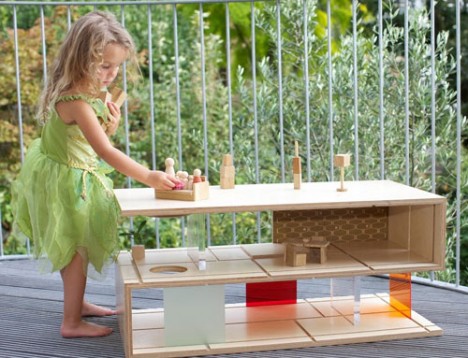 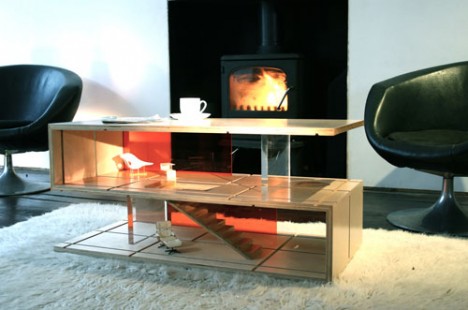 Functioning as a modernist dollhouse for kids and a coffee table for adults, the Qubis Haus features sliding panels made of wood and perspex so the ‘architect’ can create various room layouts. Made of solid birch, it has clean modern lines honoring a period of architecture that’s not often seen in doll houses. 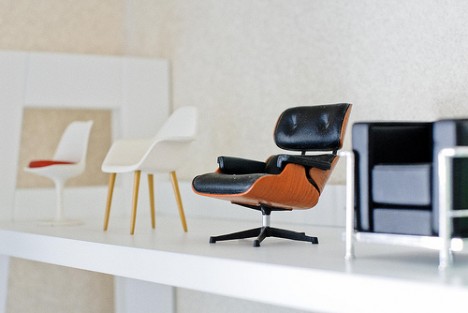 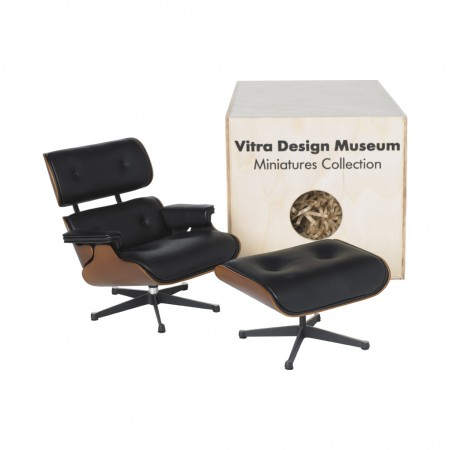 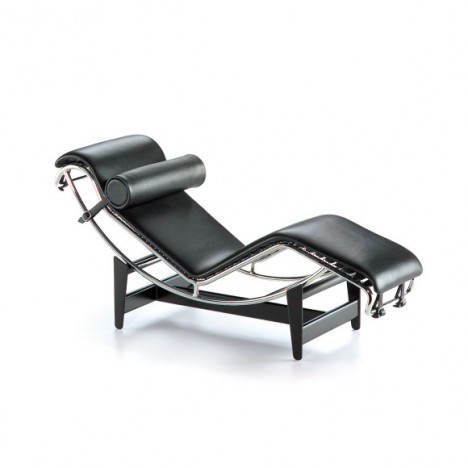 Not just any old furniture should be placed inside a modernist dollhouse. From the Vitra Design Museum Shop comes a series of iconic pieces in miniature form, true to scale and replicating the originals down to the smallest details including the materials, the grain of the wood and the reproduction of the screws. The collection includes chairs by Charles Eames, Marcel Breuer, Frank Lloyd Wright and Mies van der Rohe. 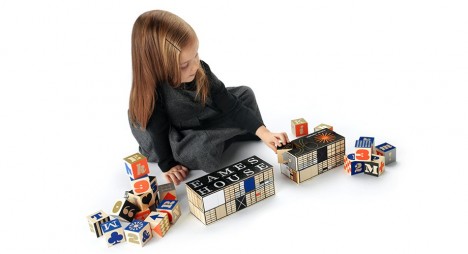 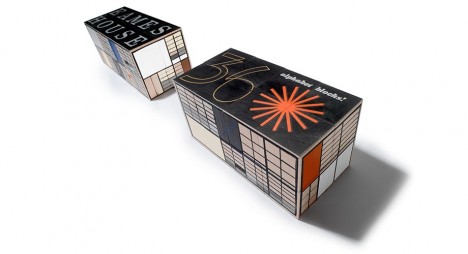 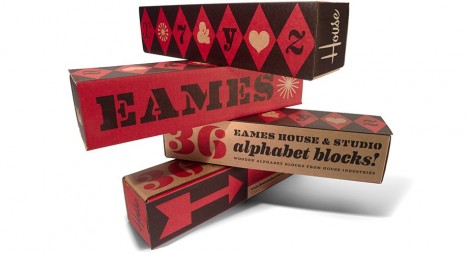 Bring the famous Eames House and Studio to your coffee table or playroom with this “authentically engineered” set of 36 alphabet blocks created in direct collaboration with the Eames family. The colors were so carefully matched to the original, the block set requires 29 separate hand-pulled print passes when it’s being produced. 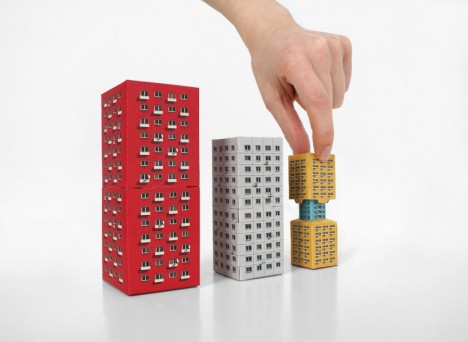 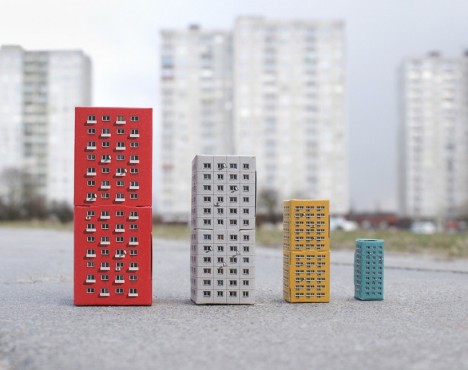 Rather than dolls, this nesting paper set reveals one modernist building after another, getting successively smaller and smaller as you pull them apart. The Blokoshka set by ZUPAGRAFIKA comes pre-cut and pre-folded so you can put them together and take them apart as many times as you like (or until the paper starts to disintegrate.) “Inspired by the former Eastern Bloc concrete modernist estates, Blokoshka is a playful tour inside out the ‘sleeping districts’ of Moscow, plattenbau constructions of East Berlin, Warsaw estates built over the ruins of old ghetto, and the panelak blocks in Prague.”