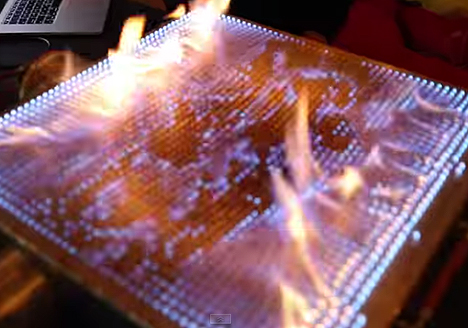 We’ve seen what audio frequencies look like in mesmerizing resonance experiments using sand – so how does the same concept translate to a more volatile medium? The science video blog Veritasium carried out an experiment that uses flammable gas to create the pyromaniac music lover’s dream: an audio visualization in the form of fire. 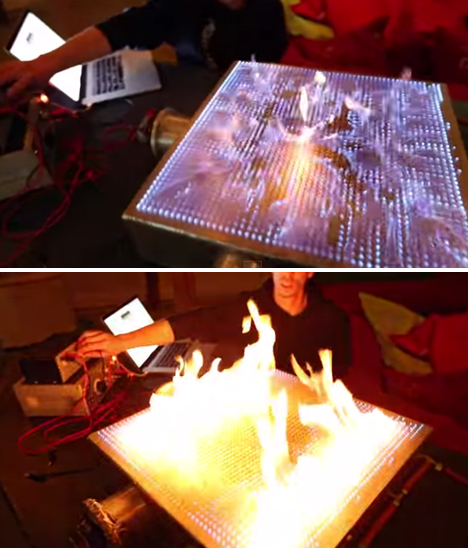 It all comes down to the vibrations produced by sound. Veritasium teamed up with physics and chemistry demonstrators to create a ‘Pyro Board’ based on the Rubens’ Tube, also known as a standing wave flame tube. Invented by a German physicist, the Rubens’ Tube shows the relationship between sound waves and sound pressure. 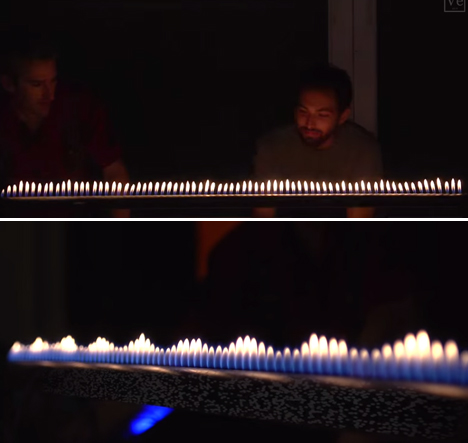 Sealed at both ends and perforated along the top, the pipe is attached to a speaker or frequency generator at one side and a supply of flammable gas at the other. Variations in sound cause vibrations in the air to affect the flow rate of the gas, causing the flames to change in height. 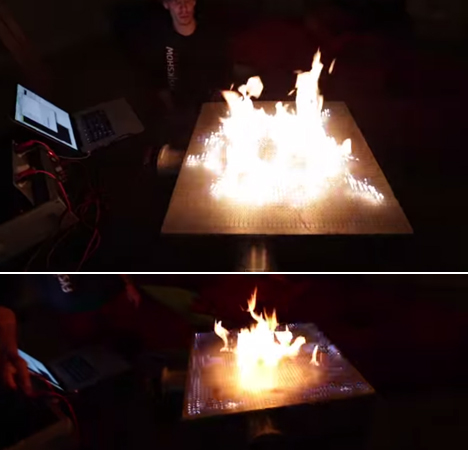 The team translated this idea to two dimensions with what’s essentially a plane of bunson burners, with 2,500 holes. The louder the music is played, the higher the flames become.