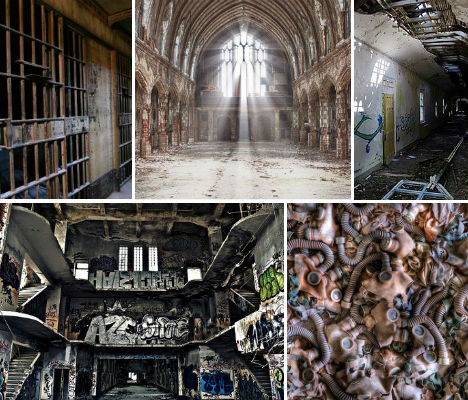 Churches, prisons, psychiatric hospitals and courthouses given over to the elements can sometimes taken on a mythic significance, given a haunting, creepy beauty by the passage of time. Removed from their former functions, these institutional buildings become both architectural skeletons and snapshots of human activity, frozen in time. In their emptiness, the echoes of past patients, prisoners and parishioners seem louder than ever. 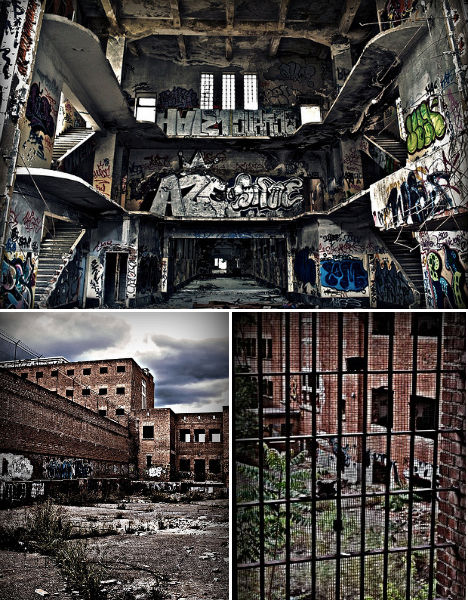 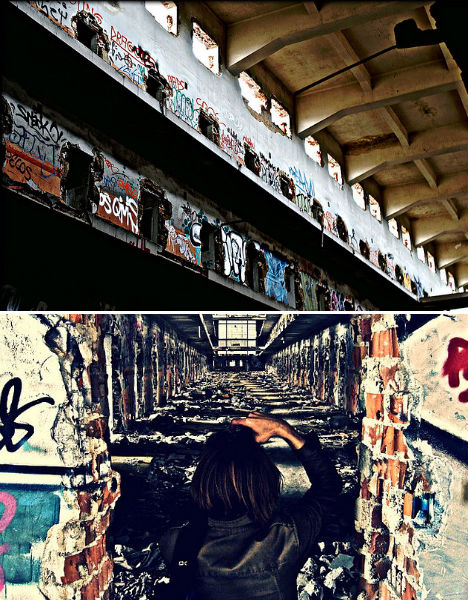 One of the biggest prisons in Europe until its closure in 1998, Madrid’s Carabanchel Prison was built by political prisoners after the Spanish Civil War between 1940 and 1944. During the ten years of its abandonment, the prison was inhabited by homeless people and other marginal groups, and covered in elaborate graffiti. Despite its historical significance and the protests of many locals, the prison was demolished in 2008.

It represented one of the most impressive examples of the repressive panopticon design, which allows a watchman to observe all inmates without them knowing when they’re being watched. The panopticon arrangement was initially envisioned not just for prisons, but also for hospitals, sanitariums and daycares. 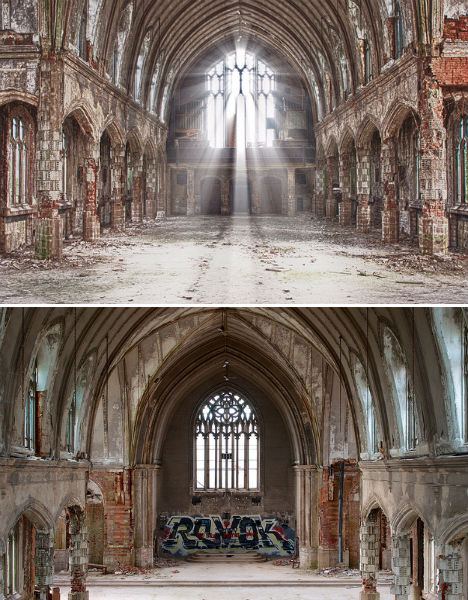 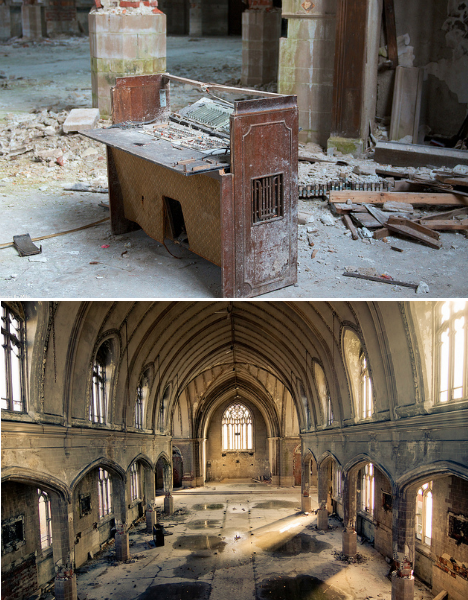 Abandoned in 2006 due to financial troubles, Detroit’s St. Agnes church remained in fairly good condition for three years, though it had been stripped to its bare bones. Even once all of the organ pipes, chandeliers and stained glass windows were gone, the church displayed much of its old grandeur.

But the structure underwent a striking transformation in 2009, when leaks in the roof led to extensive water damage and mold, causing the masonry to crumble. Textural details are revealed in stark contrast by a black grime of dirt and mold. Today, the church looks like much of the rest of Detroit; it has been looted and vandalized to the point of being unrecognizable. 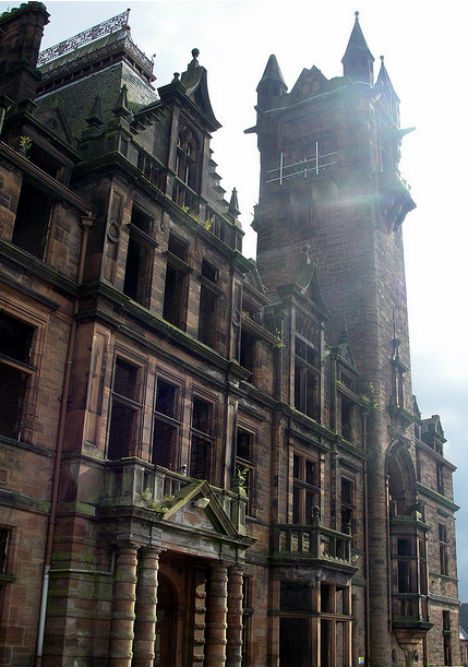 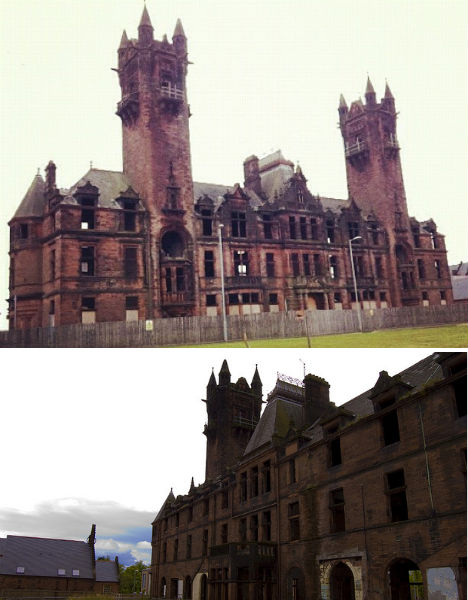 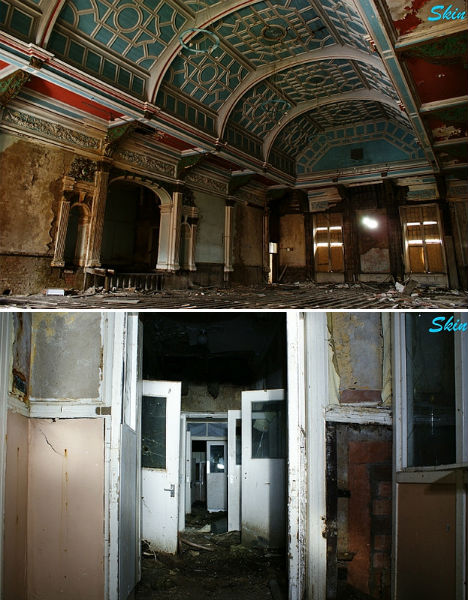 In service for over a century, Gartloch Hospital is a sprawling Victorian complex located just outside the city of Glasgow, Scotland. From the time of its opening in 1889, it served as an asylum for the poor people of the city. Though its primary purpose was as a psychiatric hospital, it temporarily served as an emergency medical facility during World War II. It was the subject of many a Scottish ghost story long before it closed in 1996, and today its dark, empty hallways feel more haunted than ever. 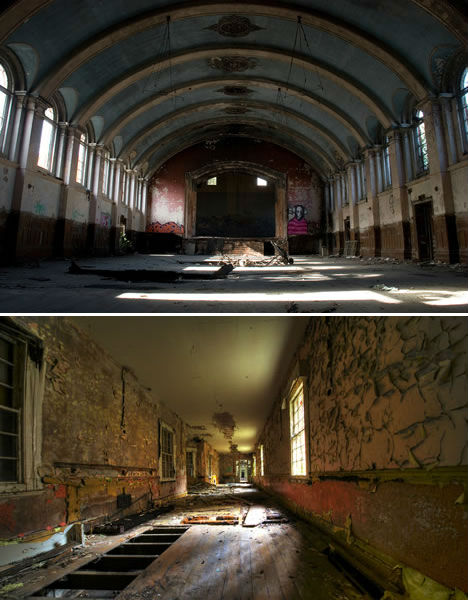 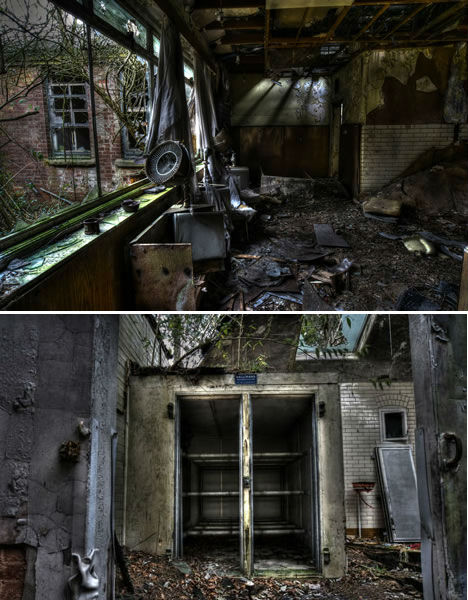 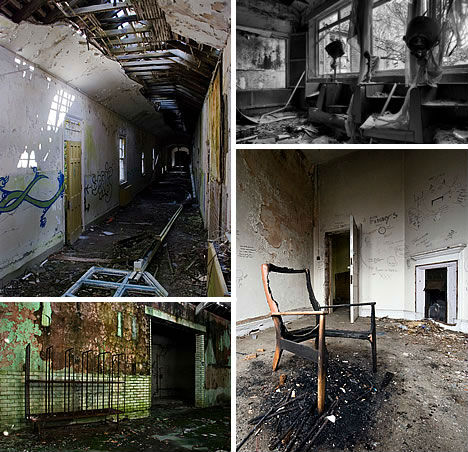 Has any creepy old mental hospital ever been more fittingly named? Hellingly Asylum in Sussex, England opened in 1903 to relieve overcrowding at other institutions during a time in which people could be thrown into hospitals for the rest of their lives for being gay or having a child out of wedlock. Located on 400 acres, the complex included sex-separated wards, a villa for ‘mentally defective’ children, and a small isolation hospital for infectious diseases, which stood in the woods at some distance from the rest of the buildings. The hospital even had its own electric tramway.

Hellingly closed in 1994 and most of its buildings fell into rapid decline. Fires, vandalism and theft took their toll. Medical equipment and furniture could still be seen among the ruins during the years in which the only people who ever entered were urban explorers, graffiti artists, photographers and people with questionable intentions.

Today, only a few buildings remain. Most have been demolished to make way for new housing.