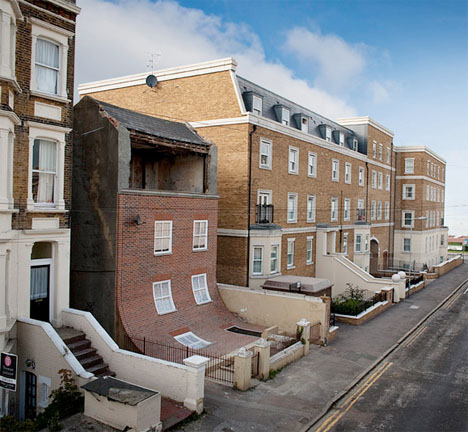 A brand new brick facade slides off the front of a building in Kent, UK to reveal the derelict mess just beyond. Abandoned for 11 years, the four-story structure that stood as an eyesore along a residential street of this seaside town is now an intriguing work of art that makes a statement about what may lie behind the superficiality of seemingly perfect appearances. 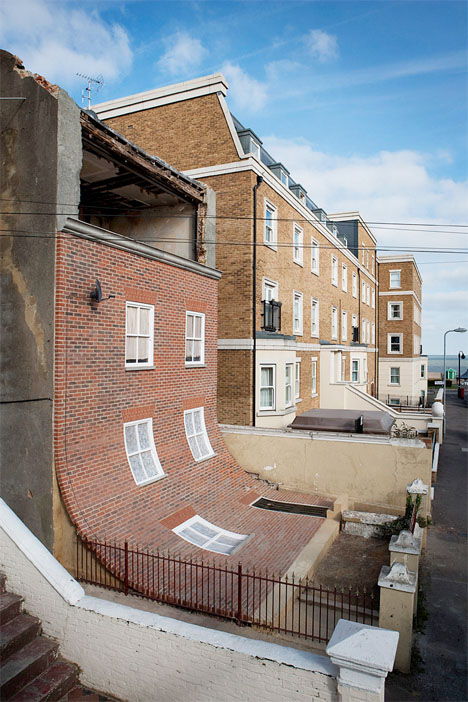 The crumbling top story remains exposed, giving a glimpse of what is inside only to those who can get high enough to see it. The Cliftonville district of the city, where the installation is located, was once affluent, but struggled as the whims of vacationers turned to other places. With increased crime and poverty came the decay of once-grand architecture. 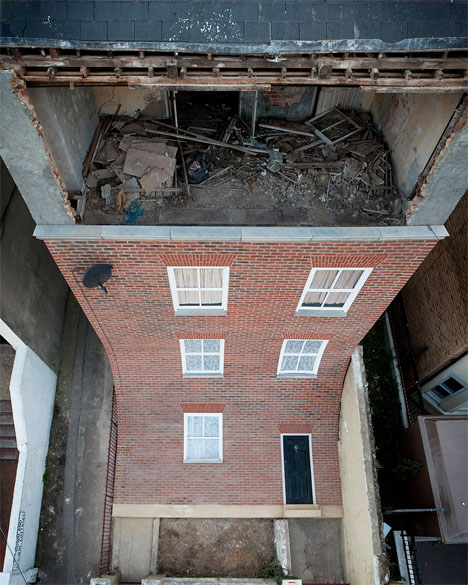 The Thanet District Council of Kent gave artist Alex Chinneck permission to create the installation, entitled ‘From The Knees of My Nose To The Belly Of My Toes’, which will stand for a year before the building is brought back into public use. 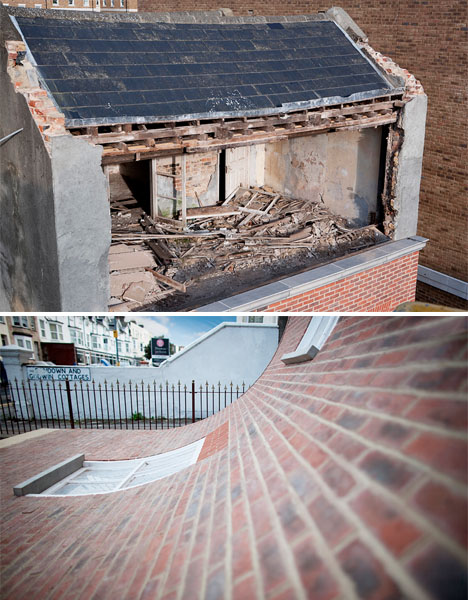 Ten companies donated materials, manufacturing labor and professional surfaces to get the project off (or rather, on) the ground. “I was aware of this idea that people have a choice whether or not they go through the doors of an art gallery, and often they don’t because they feel intimidated, so I think public art is important,” Chinneck told The Daily Mail.