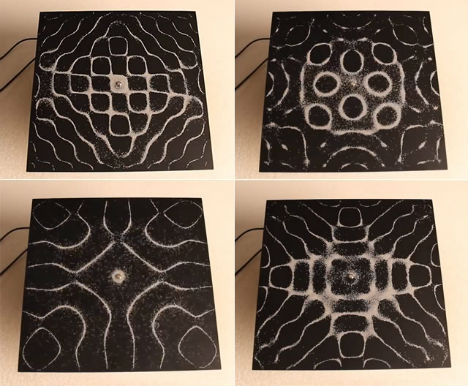 Grains of sand arrange themselves into complex geometric patterns according to audio frequencies in these fascinating resonance experiments by Youtube user Brusspup. The sand is sprinkled onto a black metal plate attached to a tone generator, which emits a series of increasing frequencies. The higher the frequencies, the more intricate the designs become. 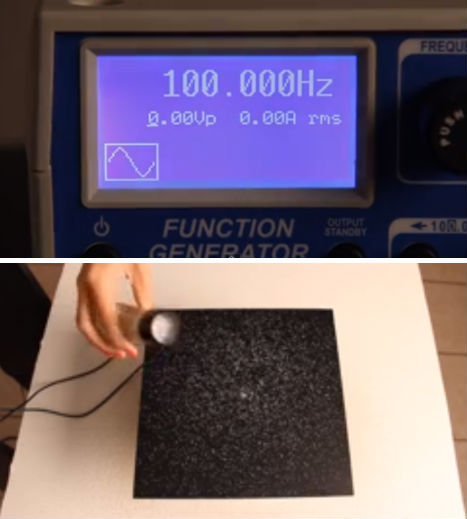 This experiment is based on the Chiadni plate, invented by German physicist Ernst Chiadni in the 18th century. Chiadni used a violin bow along the edge of a glass plate covered with sand to create visualizations of sound. The plate is divided into regions vibrating in opposite directions, bounded by lines of zero vibration called nodal lines. 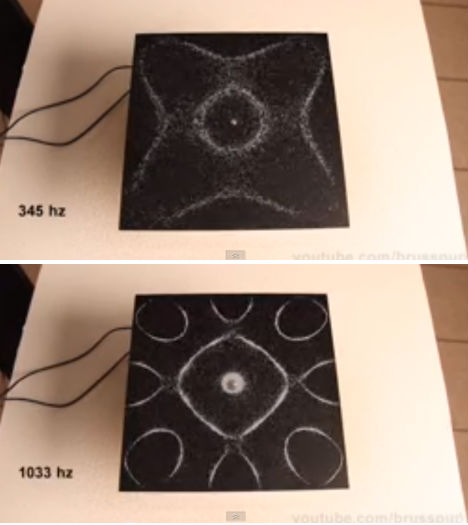 The plate was bowed until it reached resonance, at which point the vibration causes the sand to concentrate along the nodal lines where the surface is still. This technique is still used in the design and construction of acoustic instruments like violins and guitars. 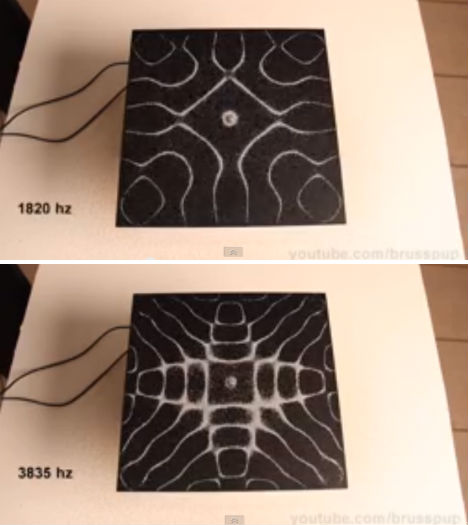 Brusspup often experiments with the intersection of science and art. Previous projects have included running water through sound waves to produce incredible zig-zagging shapes, and a sound-based camera trick that makes water appear to travel backwards.