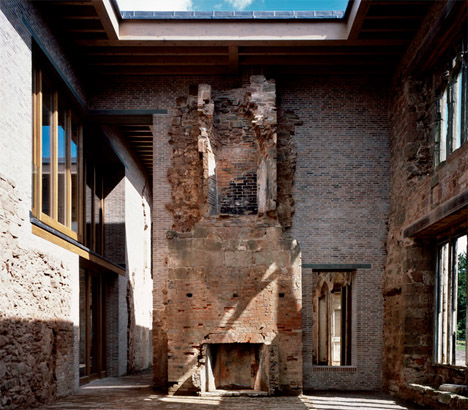 A ruined 12th-century castle serves as a stunning historic shell for a contemporary residence in a renovation by Witherford Watson Mann architects. The medieval Astley Castle has been in ruins since the 1970s, when a fire destroyed the hotel that occupied it at the time. Now, it’s preserved as an integral part of a two-story holiday house, the crumbling areas of its sandstone walls filled in with clay brickwork. 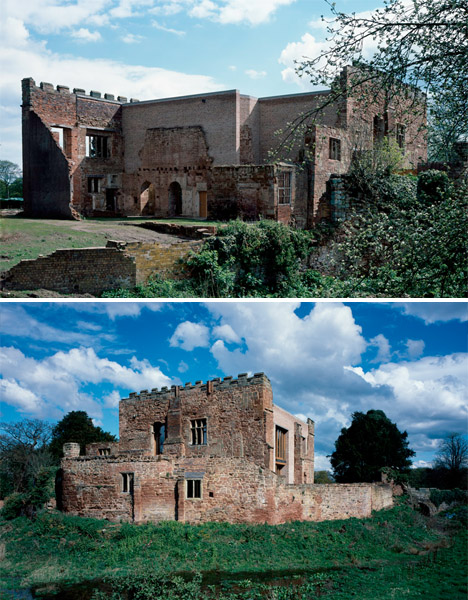 The architects blended the new elements of the structure with the old, yet made sure that there is a clear distinction between the two. It’s harmonious, but allows the historic castle to be seen as it was before it was altered. The modern home is nestled within the walls, with the historic bricks still visible throughout the interior. 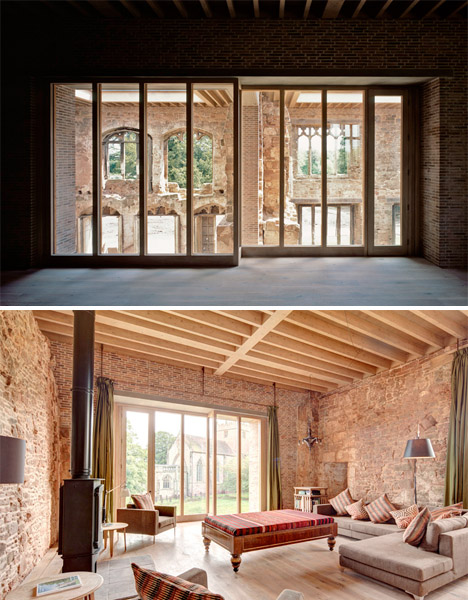 Extensions added to the castle in the sixteenth and eighteenth centuries were topped with a roof and massive skylight, but left open to the elements through the arched windows and doorways to create a sunny courtyard. Laminated wooden beams separate the structure into individual living spaces and bedrooms. 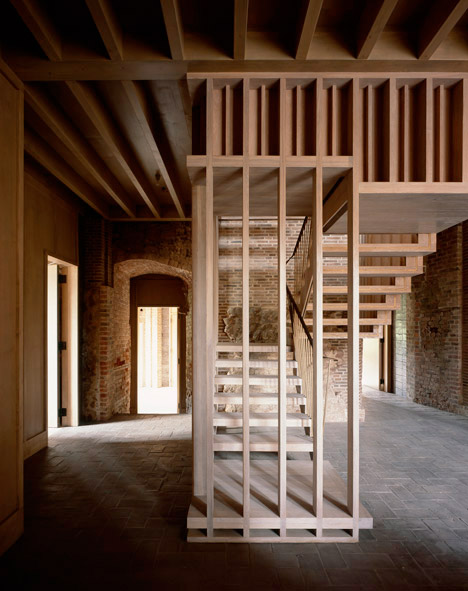 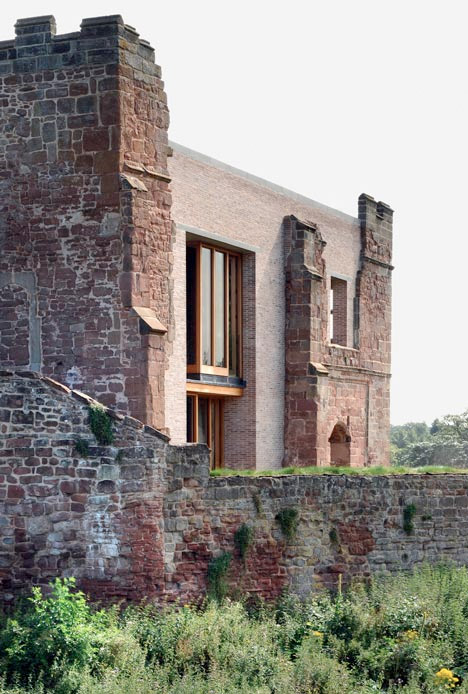 The home features four bedrooms on the ground floor, and a second-floor living room with large windows looking out onto the English countryside. Witherford Watson Mann won a competition held by architectural charity The Landmark Trust to design the home, and their renovation is one of six projects nominated for the prestigious 2013 Stirling Prize.