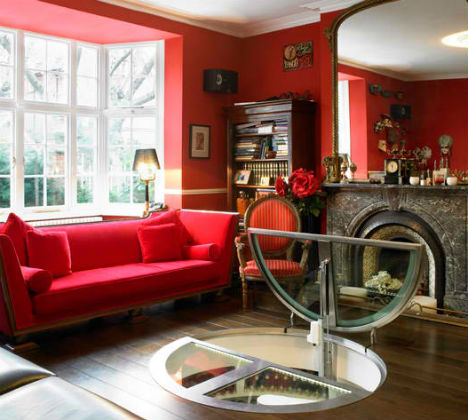 High-tech looking spiral wine cellars that either blend into the floor or glow with colored lights will entice even non-oenophiles to take up collecting Cabernet. A company called Spiral Cellars offers prefabricated cellars in traditional and modern designs that can be inserted into the floor of nearly any home, even if you don’t have an existing basement or cellar. 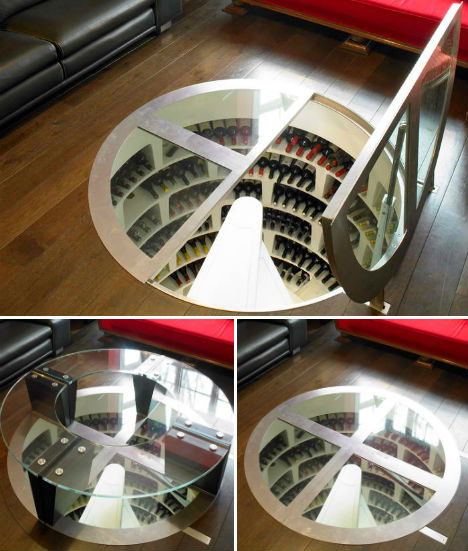 The water-tight, cylindrical system can store up to 1,900 bottles of wine. Because it relies on the surrounding earth for its insulation, and comes equipped with an air-flow system, it doesn’t require any power to keep the wine at a constant temperature. The system was inspired by a spiral staircase from 1844 found at the Pont du Gard aqueduct in France. 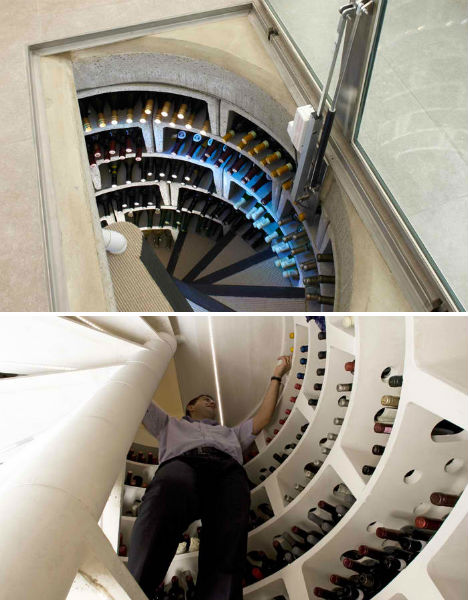 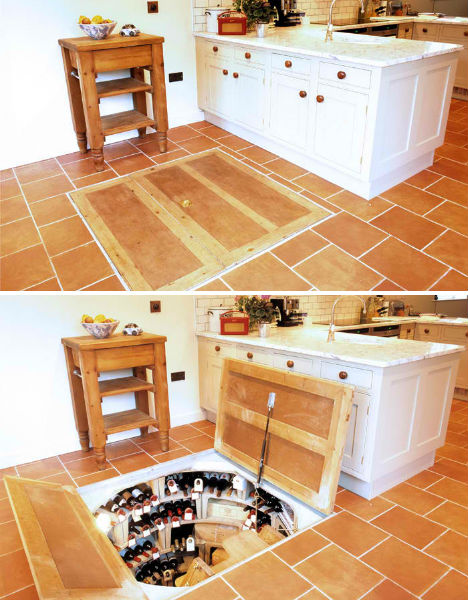 Wood-paneled doors practically disappear in a wood floor, especially the recessed trap doors that can be covered in timber, engineered wood or laminate flooring to match the rest of the room. Others are made to be seen, with LED lights that make them glow like some kind of space ship portal. 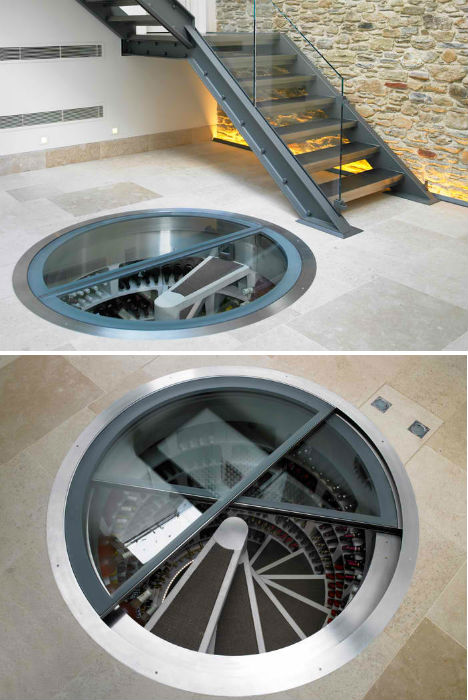 Some of the doors are motorized, so they pop up at the press of a button. A retractable round glass trap door features two semi-circular glass panels that swivel over each other to open. Craving wine yet?